U.S. down Morocco to claim top spot in Group A 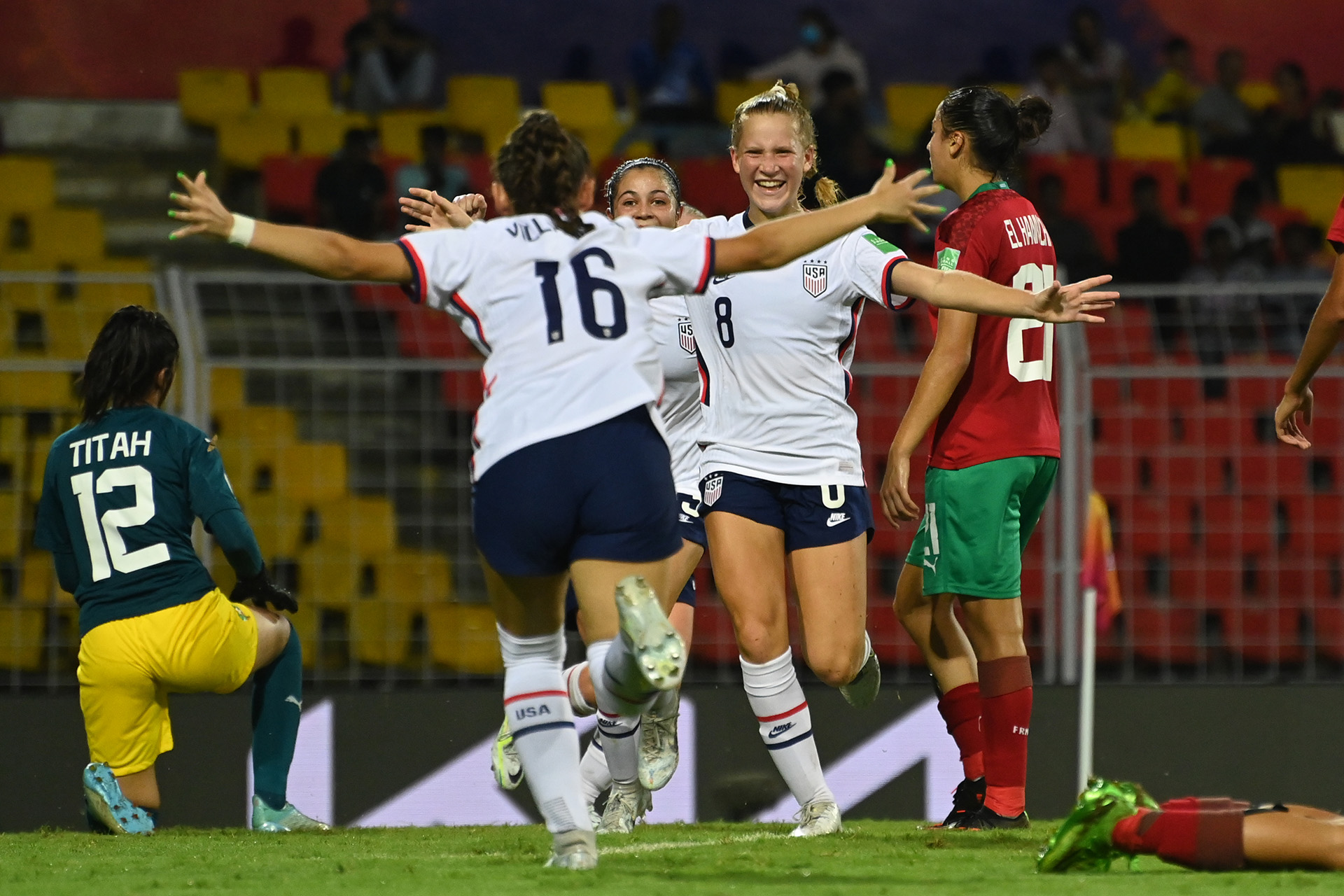 U.S. down Morocco to claim top spot in Group A

MIAMI, Florida – The United States are through to the knockout round of the 2022 FIFA Under-17 Women’s World Cup in India after collecting a 4-0 victory over Morocco on Monday night at the Pandit Jawaharlal Nehru Stadium in Margao.

With the win, the U.S. finish atop Group A with seven points and will next face Nigeria in the quarterfinals on Friday.

Charlotte Kohler got the scoring started for the U.S. in the 24’ when she took a cross from the right and swept home a right-footed shot for a 1-0 lead.

Samantha Smith then doubled the U.S. advantage to 2-0 in the 68’ by turning in a cross from Emeri Adames, followed by Kohler’s second score of the night in the 73’ with a finish off a cross from Amalia Villarreal for a 3-0 lead.

The night was then capped by Smith notching her second of the contest in the 81’ when she turned in another cross from the left wing from Villarreal to round out the 4-0 scoreline.

The other two nations representing Concacaf in the U17 Women’s World Cup, Mexico and Canada, will aim to lock down quarterfinal berths in their group stage finales on Tuesday.

Mexico can get the job done in Group C with a win when they take on Colombia at the Pandit Jawaharlal Nehru Stadium.

Based on those tiebreakers, a draw for Mexico against Colombia could open the door for either Spain and China, so it will be imperative for Mexico to target all three points.

Montserrat Saldivar played a massive role in Mexico’s previous outing, a 2-1 win over Spain, with the winning goal late in the second half and the shot that led to Mexico’s opening score.

Mexico and Colombia have played each other before in a U17 World Cup, with Mexico earning a 4-0 triumph in 2014.

Canada still maintain hope of reaching the next phase of the tournament as they head into their Group D finale against Tanzania at the DY Patil Stadium in Navi Mumbai.

Should Canada defeat Tanzania and France either draw or lose to Japan, Canada would advance to the next round.

It will be the first ever U17 Women’s World Cup meeting between Canada and Tanzania.