USA’s Fuller, Quezada of USVI among Girls’ U15 award winners 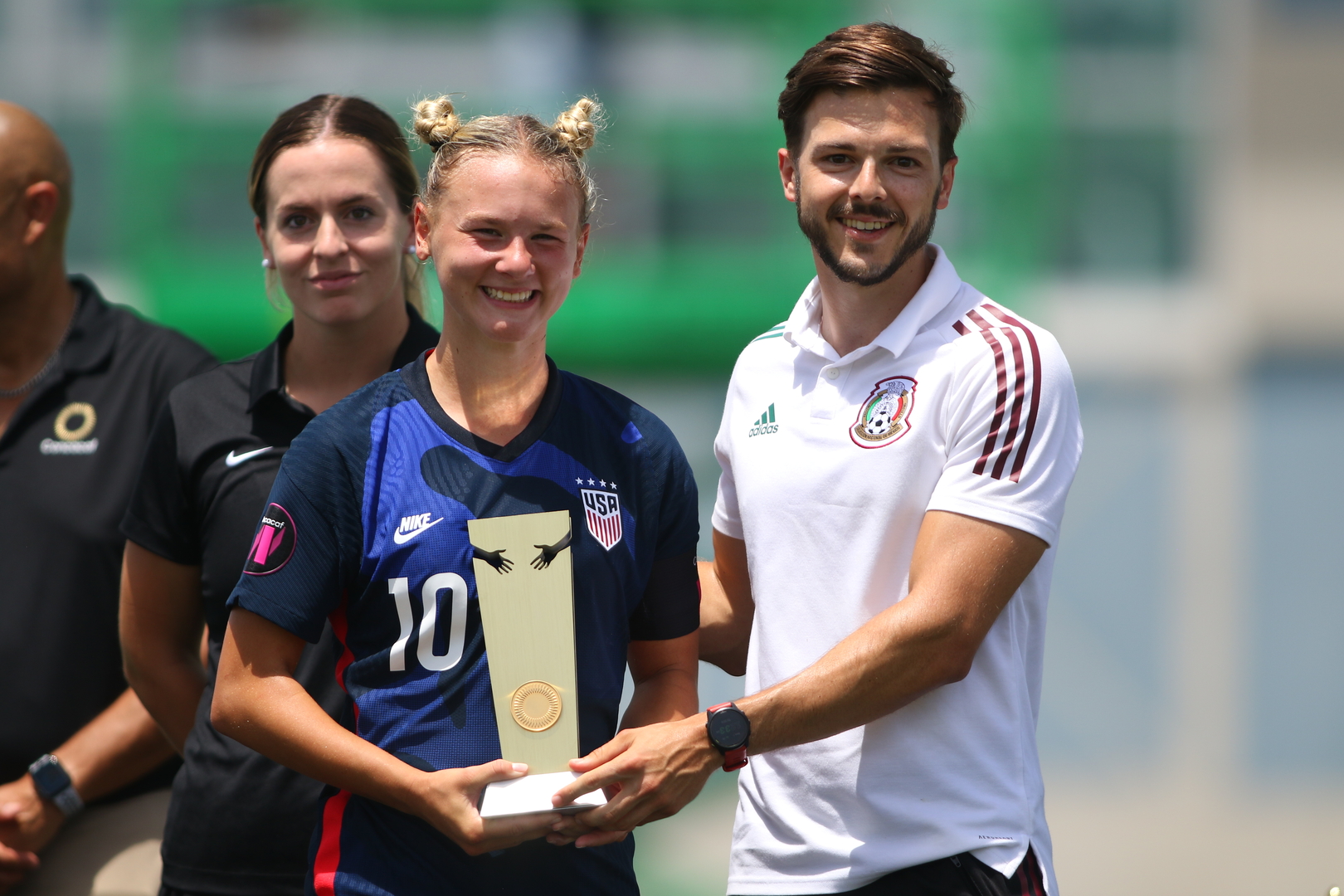 USA’s Fuller, Quezada of USVI among Girls’ U15 award winners

MIAMI, Florida – The 2022 Concacaf Girls’ Under-15 Championship in Tampa, Florida came to a close on Sunday with the United States defeating Canada 4-1 in League A to claim their third straight title.

The victory for the U.S. marked an end to a memorable week of action for all 20 teams in both League A and League B, in which there were a number of excellent team and individual performances.

Here are the award winners from the 2022 Concacaf Girls’ Under-15 Championship:

Fuller helped pace the U.S. to their third straight title with nine goals scored in four matches during the tournament. Among the highlights were Fuller scoring four goals in the group stage opener versus Puerto Rico, tallying the lone goal in the 1-0 group stage win against Canada and then finding the back of the net again in Sunday’s Final.

The United States have earned the Scotiabank Fair Play Award in recognition of the exemplary behavior that promoted the spirit of fair play and compassion in the 2022 Concacaf Girls Under-15 Championship.

Quezada was a goal machine in League B for the USVI, scoring nine goals in four matches over the course of just 245 minutes of play. Quezada hit the ground running with a five-goal performance in the USVI’s opening 7-1 win against Bahamas. Quezada ended up scoring in all four of USVI’s matches, capping her superb tournament with a brace in the 2-0 victory over Belize.