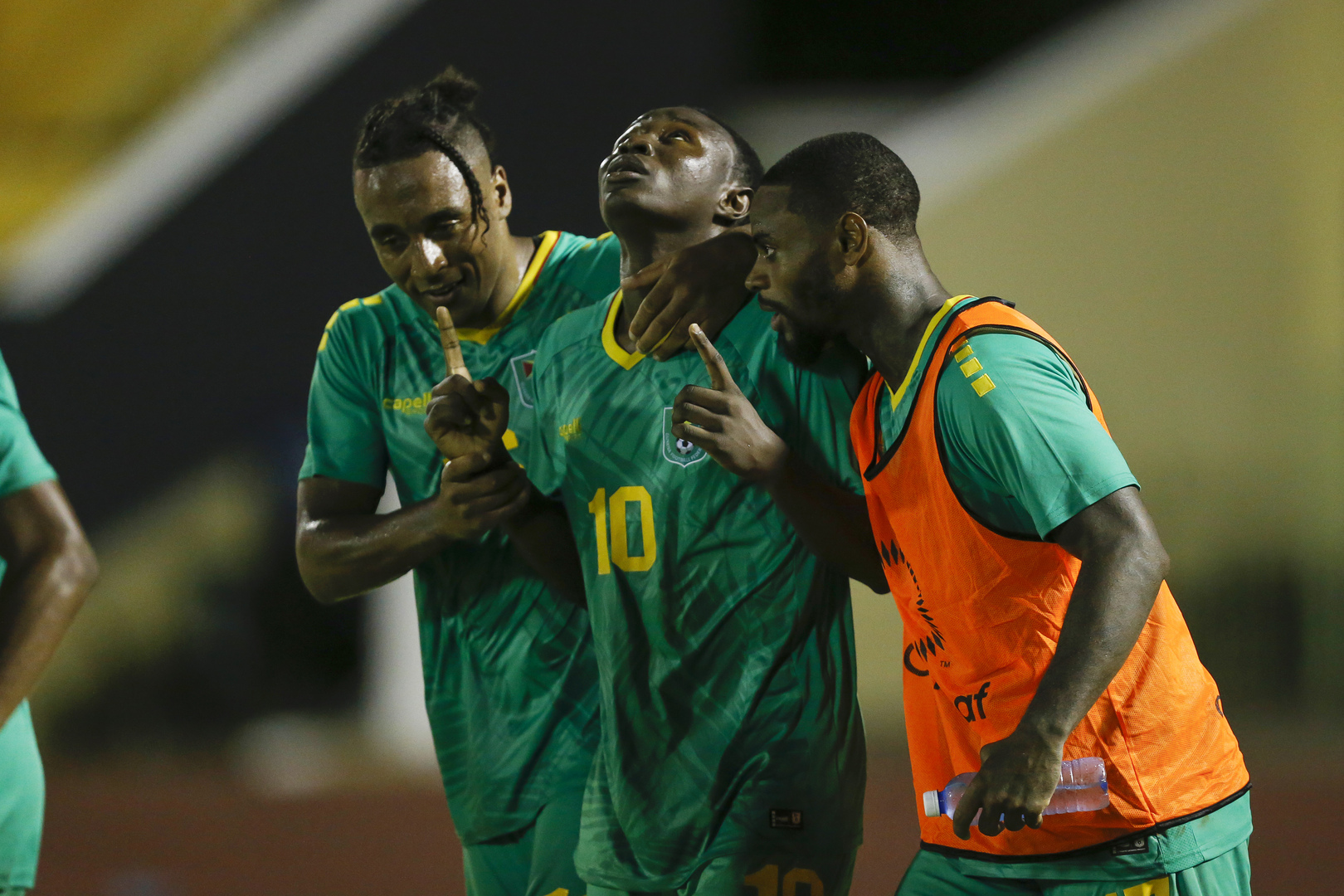 Omari Glasgow #10 was the star in Guyana’s opening CNL encounter, leading a comeback with a second half brace for a 2-1 win over Montserrat.

MIAMI. - Omari Glasgow is one of the rising stars of the 2022–23 Concacaf Nations League. The 19-year-old winger is the leading scorer for the Guyana National Team through the first four matches and trails the golden boot race by one in League B.

His love for the beautiful game was ignited half a life ago, growing up in the village of Beterverwagting, around 14 kilometers east of the Guyanese capital of Georgetown, off the coast of the Atlantic Ocean. With the sport engrained in his family, there was no way he was destined to go without knowing the beautiful game.

“My family used to play football, my dad, my granddad and my other granddad. My granddad from my dad's side, he was one of the best players in the east coast, and he passed away before I was born so I didn't get to see him play,” Glasgow told Concacaf.com. “I went to go watch my dad play and I just started falling in love with the game, and I started playing at age eight.”

At 13, Glasgow was called up to the Under-15 national team in what started his journey to the senior team a handful of years down the road. He made his senior team debut in a 4-0 win over Bahamas during Concacaf World Cup qualifying for Qatar 2022 on March 30, 2021, coming off the bench to score and help end a 10-match winless streak in qualifiers for Guyana.

“Growing up watching the national team play soccer, some of the guys that I play with, I watched them play at a young age and I always dreamed about playing with the national team,” Glasgow said. “I did that and I'm so grateful to get called up to the senior national team.”

The Golden Jaguars were unable to advance out of the first round of qualifying and again tasted heartbreak by elimination in the 2021 Concacaf Gold Cup prelims the following June. Despite the loss to Guatemala, that Guyanese player’s participation in that match led to his signing with Chicago Fire II in the United States.

With the desire to return winners, Glasgow and his teammates prepared at their respective clubs to arrive in the best form possible for the 2022/23 CNL with the objective of earning promotion to League A.

“We come into the tournament with a mindset, just playing to win and try to get into the other tier of Concacaf,” Glasgow said. “When we come together, we just want to win. We just play to win, do good for the country and put the country out there on the map.”

Glasgow was the star in Guyana’s opening CNL encounter, leading a comeback with a second half brace for a 2-1 win over Montserrat. The young forward scored off a free kick in the 61st minute and provided the game winner 10 minutes later at the Estadio Olímpico Félix Sánchez in Santo Domingo, Dominican Republic - the same setting of his debut senior international goal just one year prior.

Don't miss this thrilling comeback victory to win the game!

“The first time I get called up to the senior team, that's when we played in a World Cup qualifier, on that same ground, I scored a free kick against Bahamas on that same end of the field,” Glasgow recalled. “I just pick up the ball and said I'm taking it. The confidence was there and I just deliver.”

Delivering another game-winning goal is just what Glasgow did in Guyana’s second CNL match to take a 2-1 result against Bermuda. With six points in hand, the Golden Jaguars were holding onto the top of Group B.

👀 Enjoy the best moments of the game! #CNL22

The following two matches, back-to-back encounters with Haiti, threw a wrench in Guyana’s aspirations to ascend. Haiti won both encounters to take pole position for promotion and the direct qualification to the 2023 Gold Cup.

Guyana can still get promoted by winning its remaining two matches, but they’ll need Haiti to stumble. What can be secured with the second-place spot is a spot in the Gold Cup Preliminary Round, as the country is hopeful to return after making its first appearance in the 2019 edition.

“Getting them to the Gold Cup would be a dream come true for me because I always want to play in one of the highest levels in Concacaf,” said Glasgow. “I think we could qualify, but we just have to work. We have two more games, we just got to get full points.”

“The tournament is very good for us because we showcase ourselves. As I said before, we're trying to get into the top tier of the Concacaf with the big teams,” Glasgow said about playing in CNL. “We’re working to get there. This round of Nations League we’ve just got to take what God make happen for us and just continue working to get there one day.”

As Guyana looks to the future, as well as the present, the ultimate aspiration is to earn the country’s first ever World Cup berth. An expanded 48-team tournament in 2026, hosted in Concacaf, has painted the setting for a dream debut.

“One of my main goals is trying to get Guyana into the World Cup. In 2026, the U.S., Mexico, and Canada are hosting the World Cup, so that's a good chance for us to get in there,” said Glasgow. “I think the small Caribbean countries have a chance to get in there and I hope we make full use of that chance by then, because, as I said, it’s a process and we’re building towards that.”