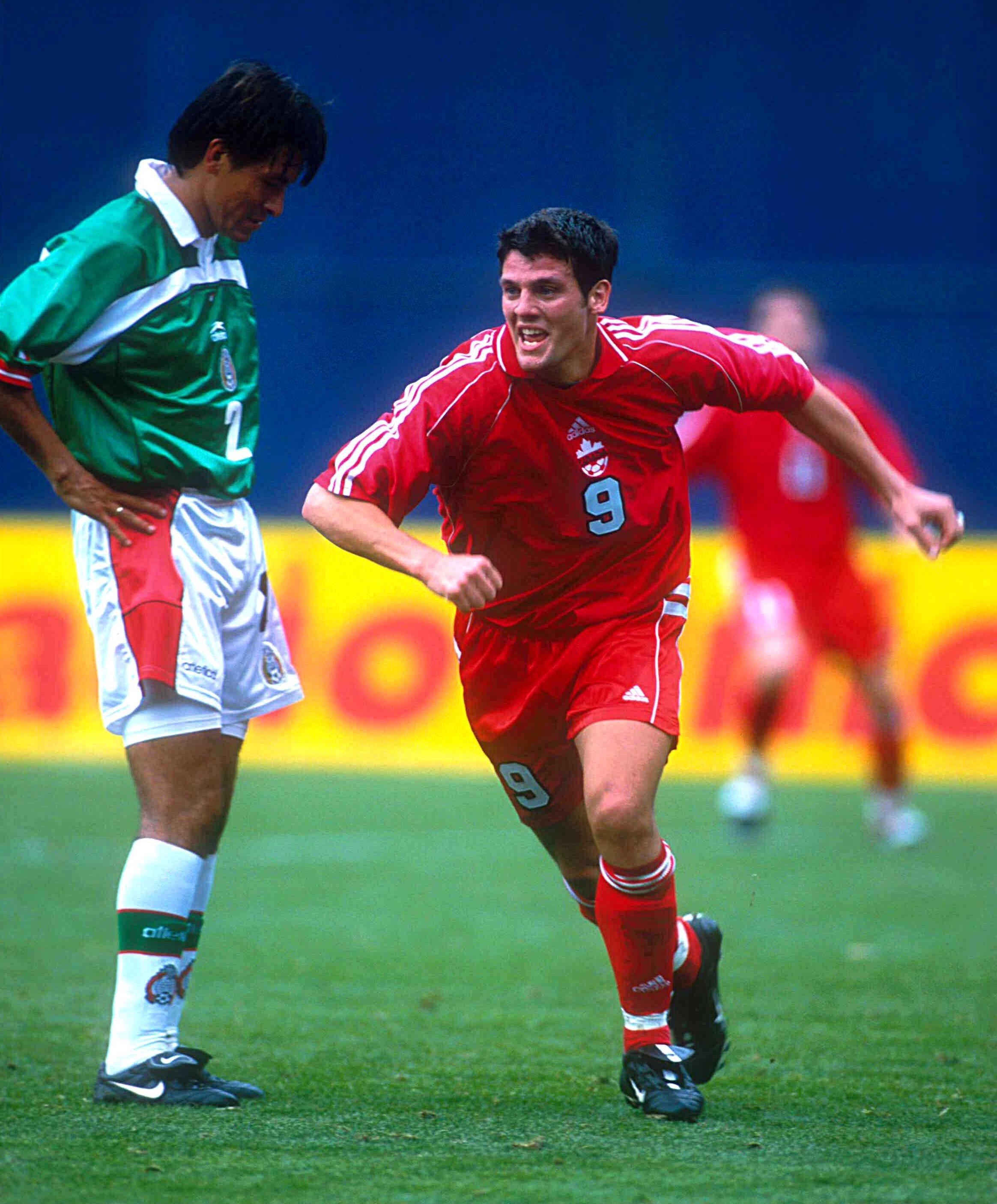 Carlo Corazzin #9 of Team Canada celebrate after scoring against Mexico in the quarterfinals of the Concacaf Gold Cup at San Diego’s Qualcomm Stadium on February 20, 2000. (Photo Mexsport/ Concacaf)

HOUSTON, Texas – For the sixth time in Concacaf Gold Cup history, Mexico and Canada will square off in the tournament, yet it can be said that the stakes will have never been higher when the two meet in Thursday’s semifinal at NRG Stadium in Houston, Texas.

It marks just the second time that Mexico and Canada have played in a Gold Cup knockout round match, the first being in the 2000 quarterfinals. All other meetings between Thursday’s opponents came in group stage matches.

The first match-up was the second matchday of the inaugural edition of the tournament in 1991. At the Memorial Coliseum in Los Angeles, California, Mexico jumped out to a 2-0 halftime lead thanks to goals from Carlos Hermosillo and Jose Manuel de la Torre. Jamie Lowery pulled back a goal for Canada in the 83’, but Mexico responded with a penalty conversion from Benjamin Galindo in the 89’ to take a 3-1 win.

Two years later in the 1993 Gold Cup in front of 100,000 spectators at the Estadio Azteca in Mexico City, four players scored braces to power Mexico to a commanding 8-0 win in their group stage finale. Both Octavio Mora and Zague had first half braces, while Jorge Rodriguez scored a goal in each half and Luis Miguel Salvador had a second half brace.

Things changed in their next meeting in 2000 and in their only knockout stage meeting thus far, Canada rallied from a late 1-0 deficit to defeat Mexico 2-1 in extra time in the quarterfinals at San Diego’s Qualcomm Stadium. Ramon Ramirez had Mexico in control with a first half goal, but Carlos Corazzin equalized in the 83’ to force the extra period in which Richard Hastings won it with a golden goal in the 92’. That win would ultimately propel Canada to their first Gold Cup title.

Thirteen years would separate the next clash between the teams, with CenturyLink Field in Seattle the site of a group stage meeting that went Mexico’s way, 2-0. Raul Jimenez struck shortly before halftime to hand Mexico a lead, before Marco Fabian converted a penalty in the 57’ to give El Tricolor the three points.

The last encounter between Mexico and Canada was an exciting group stage affair at Broncos Stadium at Mile High in Denver, Colorado in the 2019 Gold Cup. Mexico captain Andres Guardado came off the bench after a first half injury to Erick Gutierrez and scored a pair of second half goals to equal Zague for the all-time Gold Cup scoring mark among Mexico players (12 goals). Roberto Alvarado notched a goal in the 40’ before Guardado’s first in the 54’, only to see Lucas Cavallini give Canada hope in the 75’. However, Guardado struck for his second goal two minutes later to seal the 3-1 Mexico win.