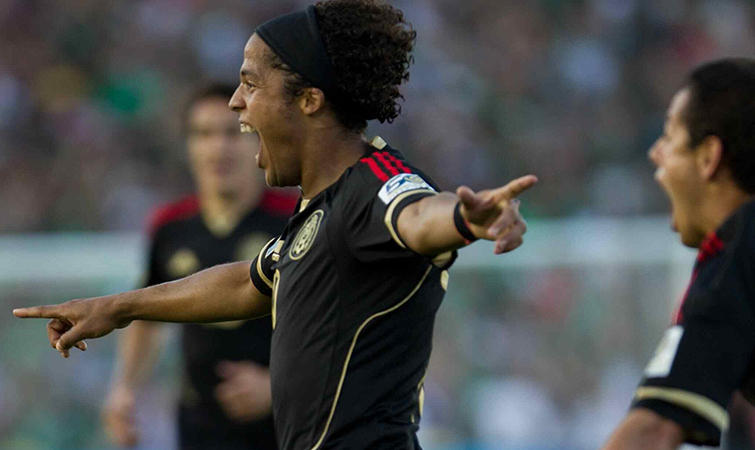 MIAMI, Florida – New memories will be made this summer in the 2021 Concacaf Gold Cup, and with Concacaf’s announcement this Tuesday that Las Vegas, Nevada will be hosting the 2021 Gold Cup Final, fans can expect more magical moments in the region’s showcase international final.

Forrest denies Asprilla from the spot, 2000

The 2000 Gold Cup will forever live in Canada Soccer lore, as it was the country’s first Gold Cup crown. The Canadians enjoyed a spirited run to the Final where they faced Colombia in the Los Angeles Coliseum in Los Angeles, California. With Canada guarding a 2-0 lead and 10 minutes left to play, Colombia earned a penalty kick and legendary striker Dairon Asprilla stepped up to take it. It was at that moment that Canada GK and Golden Ball winner Craig Forrest put on his Superman cape and guessed correctly to deny Asprilla from the spot, effectively sealing Canada’s 2-0 triumph.

The 2003 Gold Cup was punctuated by a breathtaking Final between Mexico and reigning FIFA World Cup champions Brazil. Back and forth the teams traded punches at the Estadio Azteca in Mexico City and after a scoreless 90 minutes, things had to be settled in extra time.

It was the era of the Golden Goal, and Mexico made good use of it in the 103rd minute when Mario Mendez collected a pass on the right and found an unmarked Daniel Osorno in the penalty area. Two Brazilian defenders collapsed on Osorno, who made a move to his left before unleashing a left-footed shot for the 1-0 Mexico victory.

The 2007 Gold Cup Final at Soldier Field in Chicago, Illinois was a classic Concacaf battle between rivals United States and Mexico. With the score locked at 1-1 in the second half, the U.S. earned a corner kick and an initial clearance from the Mexican defense could not have fallen any better for U.S. MF Benny Feilhaber, who struck a right-footed volley that went blazing into the Mexican net to earn the U.S. a 2-1 victory.

The 2011 Gold Cup Final was not for the faint of heart. A sold-out Rose Bowl in Pasadena, California greeted the U.S. and Mexico and after 23 minutes the U.S. were feeling plenty confident with a 2-0 lead. But El Tricolor would mount a ferocious rally and grabbed a 3-2 lead going into the final quarter-hour. What followed next is one of the most iconic moments in Concacaf history, as Mexico FW Giovani dos Santos collected a ball on the edge of the area, eluded GK Tim Howard and floated a chip over the U.S. defense that landed softly into net, setting off a wild celebration among the Mexico faithful in the storied stadium.

For the first time ever, Levi’s Stadium in Santa Clara, California was the site of the Gold Cup Final and it served up an instant classic. The U.S. and Jamaica were locked in a duel with the score at 1-1 going into the final minutes, with both sides keen to find a winner before the final whistle. A deep run for the U.S. into the Jamaican half saw a ball fall right into the path of U.S. FW Jordan Morris, who pounced and launched a right-footed shot into the top right corner of net in the 89th minute to earn the U.S. the 2-1 win and the crown.