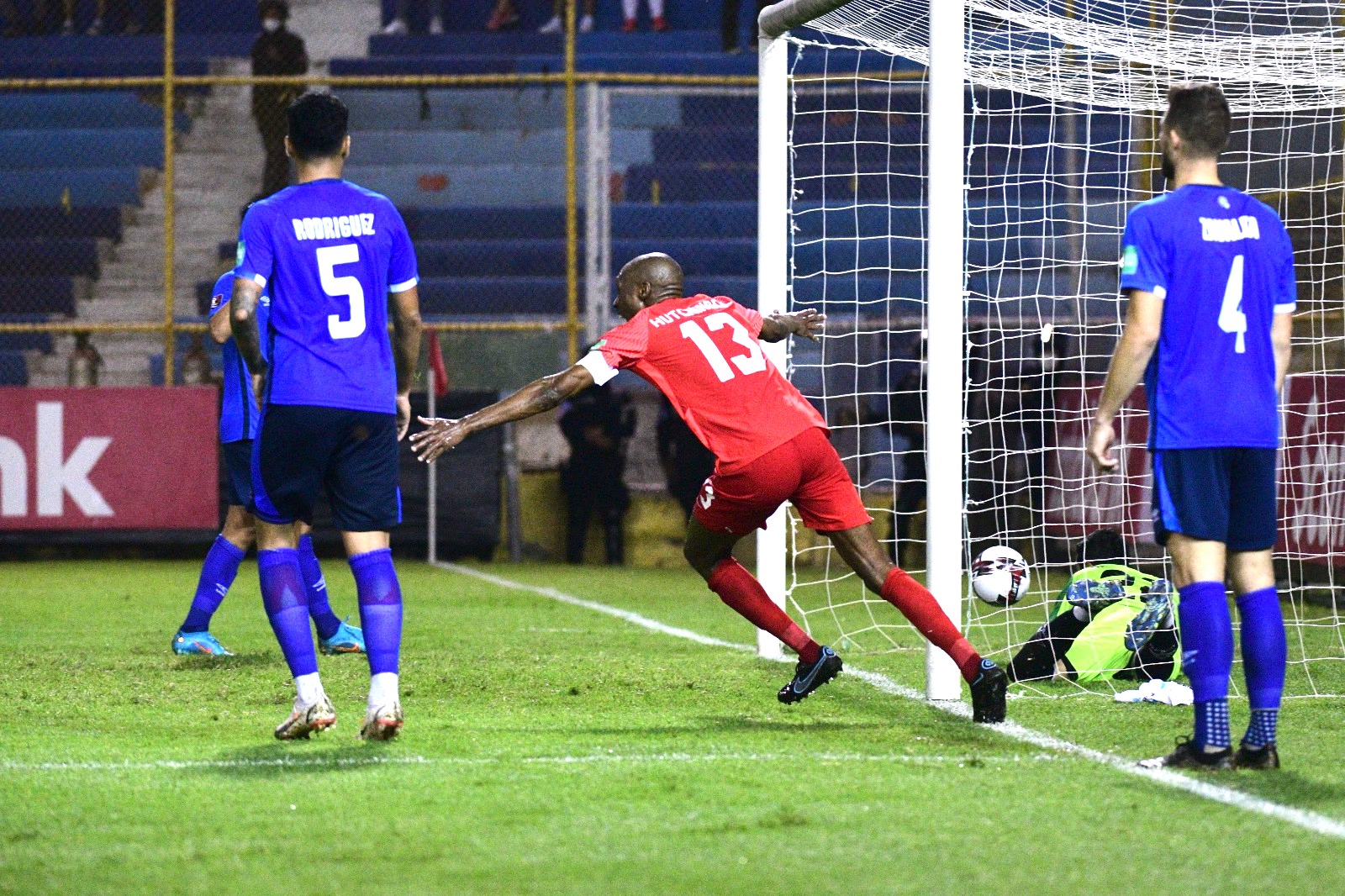 Atiba Hutchinson of Canada # 13 celebrates after scoring against El Salvador during the Concacaf World Cup qualification on February 2, 202, at the Estadio Cuscatlan in San Salvador.

El Salvador GK Kevin Carabantes found out he’d be starting just before the game, taking over the No. 1 role after Mario Gonzalez suffered an injury in the warm-up.

Carabantes had an active first half, making his biggest save in the 19th minute. Jonathan Osorio got loose on the left wing and found Sam Adekugbe in the box, who cut back for Jonathan David, but the Canada forward’s shot was blocked by the Salvadoran goalkeeper.

Canada would break through, though, when Carabantes was beaten in the 65th minute on a goal scored in an extraordinary manner by Atiba Hutchinson.

David then found the second goal of the match deep in second-half stoppage by stealing a throw-in,
breaking away and chipping over Carabantes from outside the area to complete the 2-0 score line.

GOAL! Jonathan David finishes accurately and gets Canada one step closer to Qatar 🔥

Canada next puts its unbeaten record on the line with a trip to Costa Rica when qualification resumes in March, while El Salvador begins the final FIFA window with a trip to Jamaica.