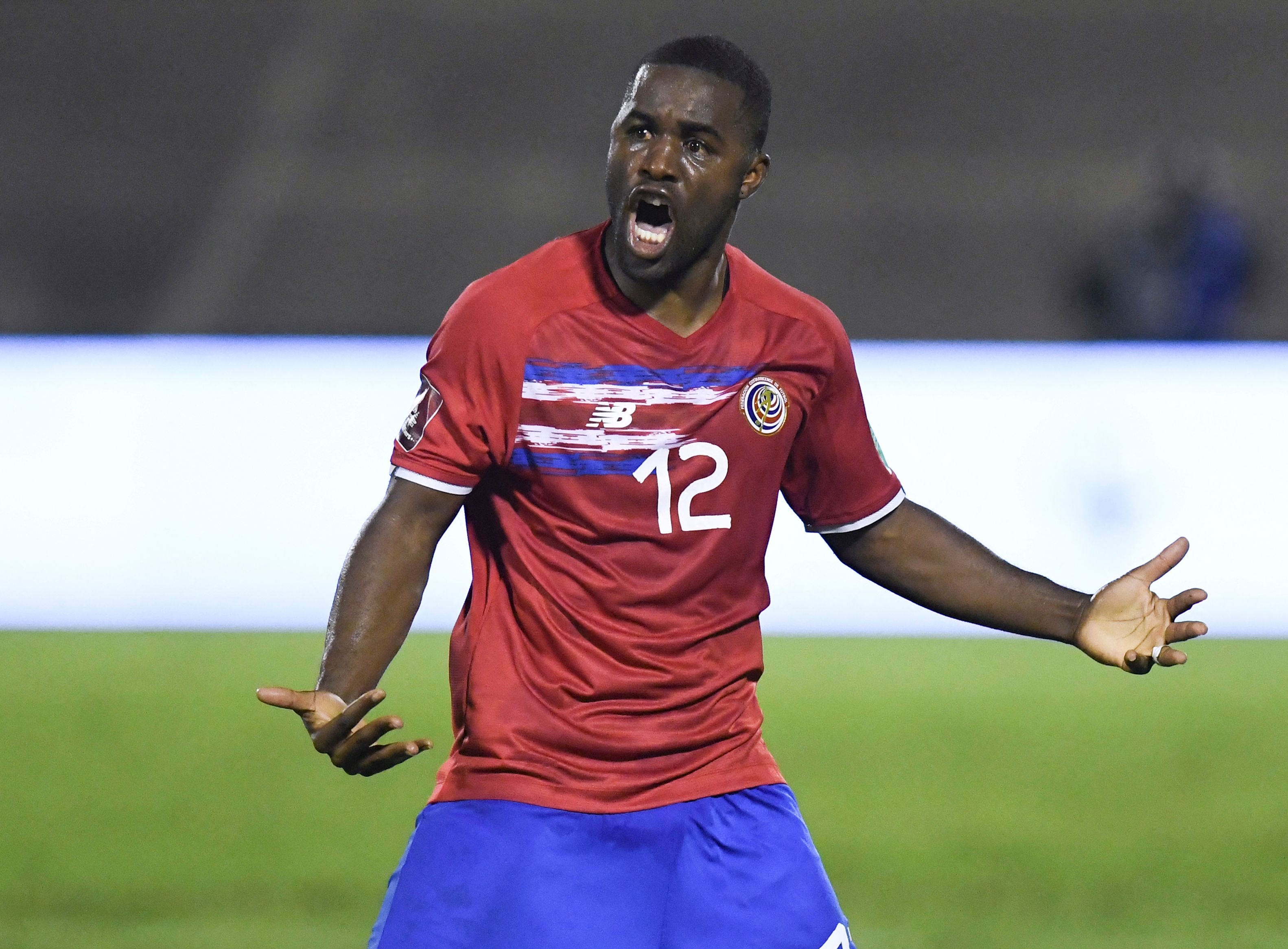 Joel Campbell of Costa Rica celebrates after scoring against Jamaica on February 2, 2022, at the National Stadium in Kingston, Jamaica.

KINGSTON, Jamaica. - A goal from Joel Campbell in the 62nd minute gave Costa Rica a critical 1-0 victory over Jamaica at the National Stadium in Kingston on Wednesday night.

After a scoreless first half that saw Costa Rica GK Keylor Navas called into action several times, both teams dialed up more attacking postures in the second half.

In the 50th minute, Jamaica MF Devon Williams had an opportunity at the top of the box after a move down the right wing, but sent his effort over Navas’ goal.

In the 61st minute, Jamaica GK Andre Blake was given his turn to come through, with Kevin Stewart whistled for a penalty on Campbell. Veteran Costa Rica MF Celso Borges stepped up but was denied by Blake.

The celebrations on the Jamaica bench had barely concluded, however, when Campbell found the winner. Borges played a ball over the top to the 29-year-old attacker, and he took a touch with his left to move inside and beat Blake to his back post.

Jamaica manager Paul Hall modified his lineup in search of an equalizer, with one of the best chances coming in the 71st minute when Andre Gray narrowly missed a chance to apply a finishing touch to a cross toward the back post.

The Costa Rica win moves the Ticos within a point of the playoff position, pending later results.

When Costa Rica returns to action in the final window of qualification, it will host Canada, while Jamaica will be back in the National Stadium for a contest against El Salvador.