Rebimbas brace helps U.S. get off to good start 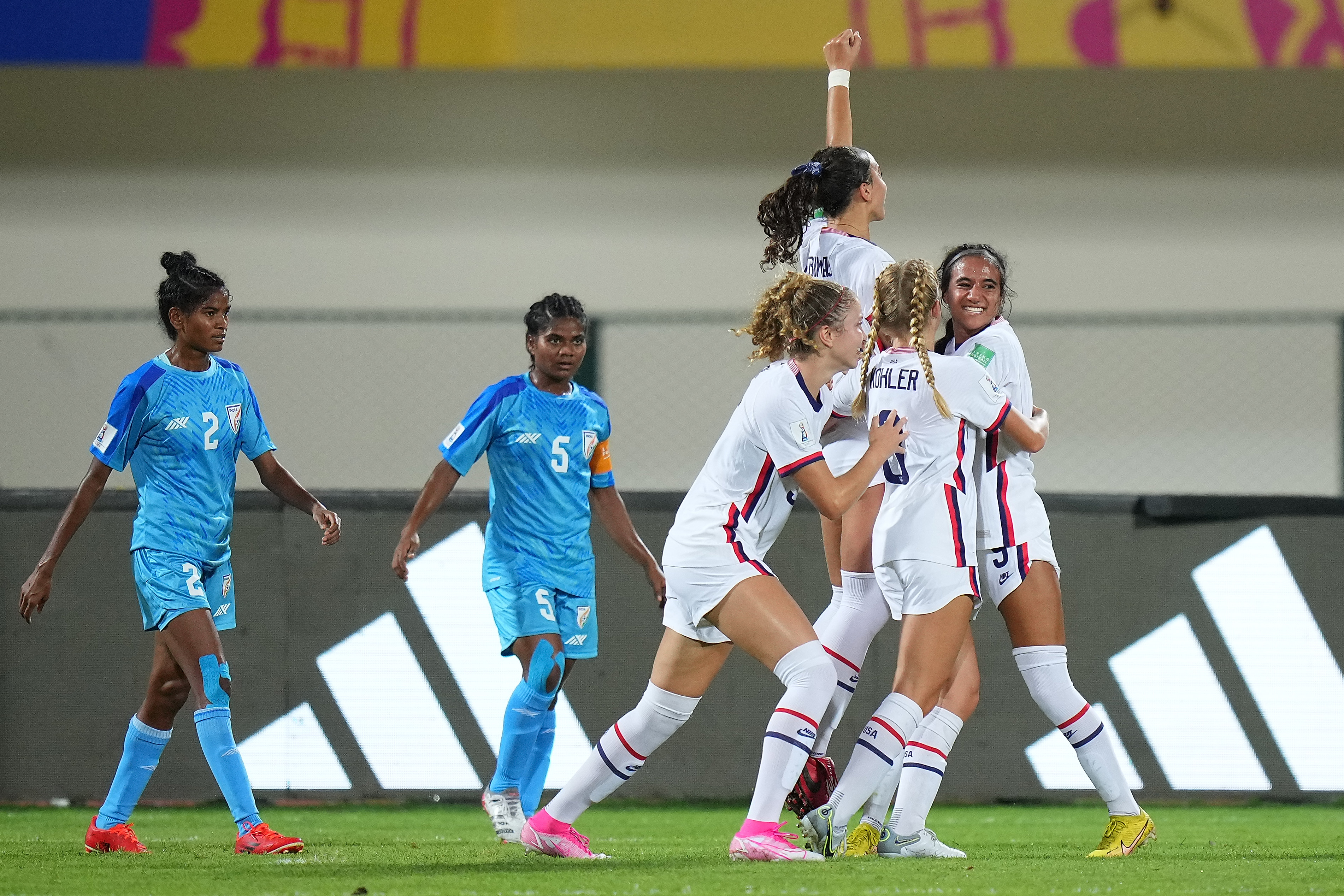 Melina Rebimbas of USA celebrates with teammates after scoring the opening goal during the FIFA U-17 Women's World Cup 2022 Group A match at Kalinga Stadium on October 11, 2022 in Bhubaneswar, India. (Photo by FIFA/FIFA via Getty Images)

Rebimbas brace helps U.S. get off to good start

Bhubaneswar, India – Melina Rebimbas scored a pair of goals to help pace the United States to an 8-0 win versus host nation India in their opening match of Group A of the 2022 FIFA Under-17 Women’s World Cup on Tuesday night at the Kalinga Stadium in Bhubaneswar, India.

Rebimbas opened the scoring for the 2022 Concacaf Women’s Under-17 Championship winners in the 9’ and was quickly joined on the scoresheet by Charlotte Kohler in the 15’ and Onyeka Gamero in the 23’.

Rebimbas notched her second of the night in the 31’ before Gisele Thompson’s score in the 39’ earned the U.S. a 5-0 halftime lead.

The goals kept coming for the U.S. in the second half, beginning in the 51’ with Ella Emri and then Taylor Suarez in the 59’. The 8-0 scoreline was then capped by Mia Bhuta in the 62’.

Eight goals for the @USYNT to begin their campaign! 🇺🇸

On Wednesday, the other two teams from the Concacaf region in the U17 Women’s World Cup will take the field.

Mexico begin their Group C campaign at the DY Patil Stadium in Navi Mumbai in an encounter with China.

2022 CWU17 stars Valerie Vargas (10 goals) and Tatiana Flores (9 goals) will try to continue their goalscoring ways in what will be the second ever U17 Women’s World Cup meeting between the two nations.

Mexico won their first duel back in 2014 in a 4-0 group stage win, which included a score from current Mexico Senior Women’s National Team star Rebeca Bernal.

Canada get going in Group D against 2012 champions France at the Pandit Jawaharlal Nehru Stadium in Margao.

Amanda Allen, who had four goals during the 2022 CWU17, will be one of several players driving forward the Canada attack.

It will be the first ever U17 Women’s World Cup contest between the two sides.