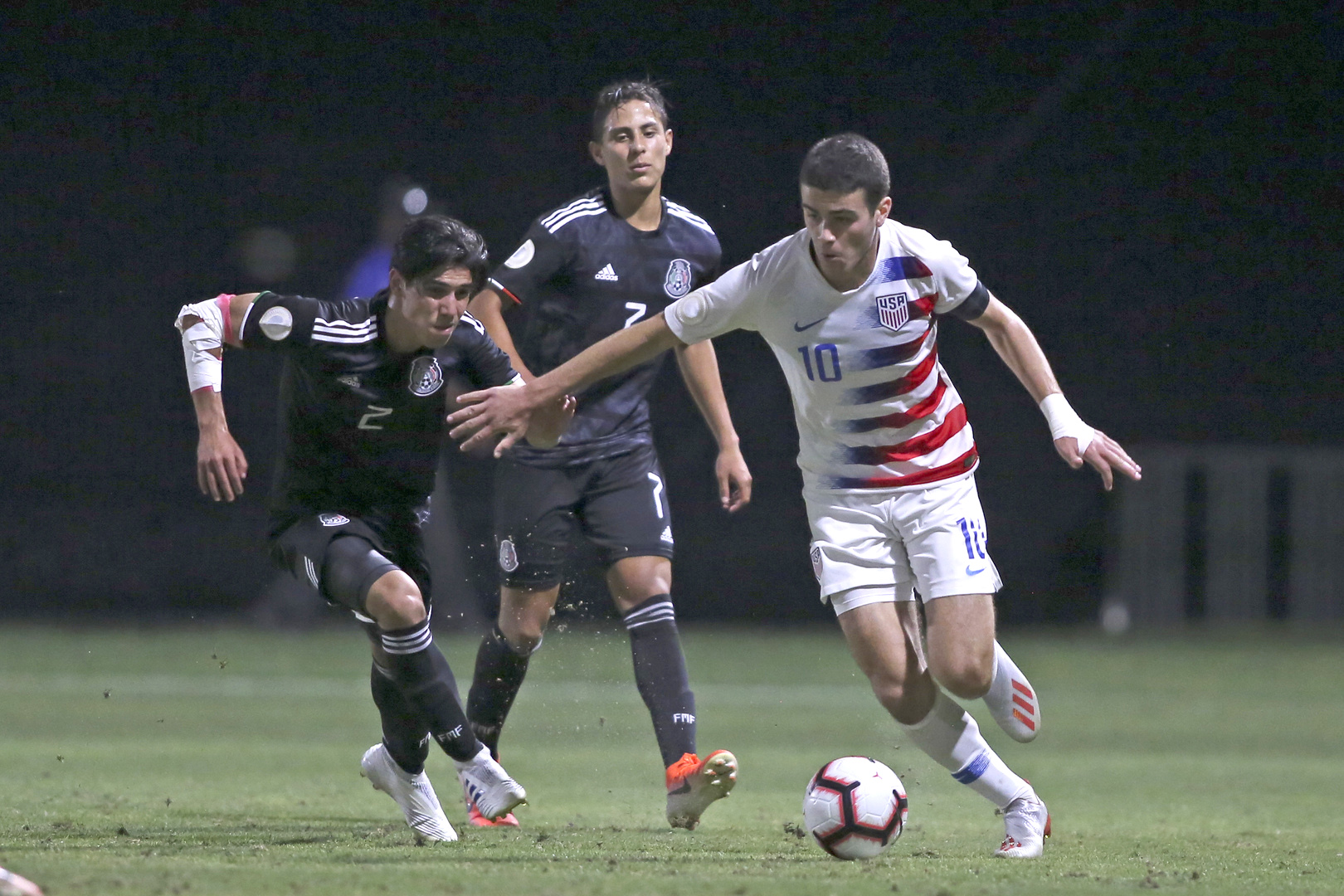 Miami, FL – Concacaf has today announced the schedule for the 2023 Concacaf Men’s U-17 Championship (CU17C). The World Cup qualifying competition will take place February 11 - 26, 2023, in Guatemala, and will include the participation of 20 Concacaf Member Associations.

To view the competition’s match schedule, click here (kickoff times to be announced at a later date)

On September 29, the participating Member Associations were drawn into four groups as follows:

For the Group Stage, to be played between February 11-16, Groups E and G will be based at the Estadio Nacional Doroteo Guamuch Flores in Guatemala City, while Groups F and H will be hosted by the Estadio Pensativo in Antigua.

All knockout stage matches will be played in a single match direct elimination format and the four semifinalists will qualify for the FIFA U-17 World Cup Peru 2023.

In the previous edition of the Concacaf U-17 Championship, played in Bradenton, FL, in 2019, Mexico won its eighth title at this age level, with a 2-1 extra time win over the United States in the Final. 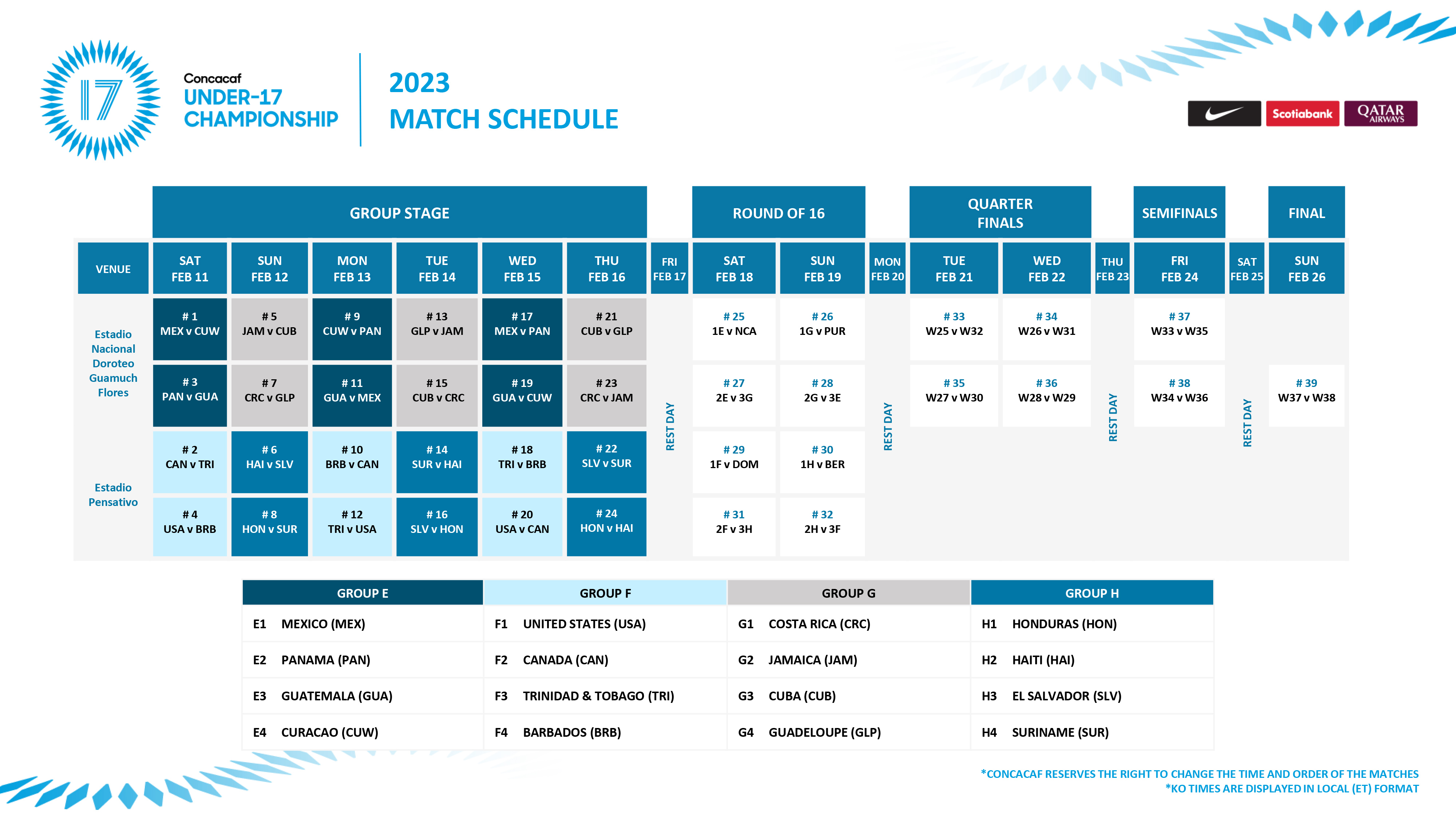