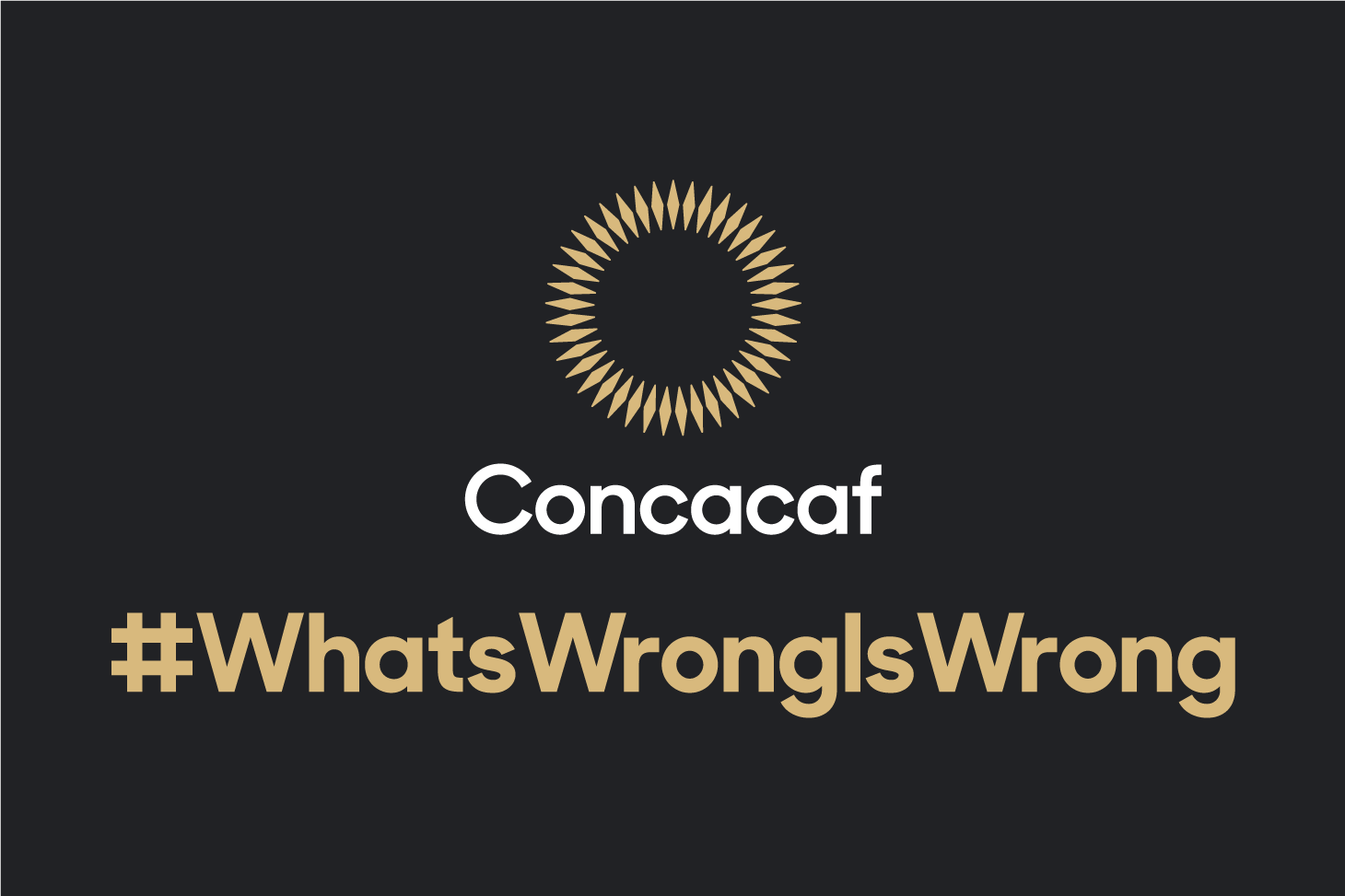 With an exciting summer of football ahead, and the prospect of fans returning to stadiums, the Confederation will encourage everyone to embrace a positive and inclusive attitude to the game, and to cease a chant that is offensive, has no place in football and risks making members of the LGBT+ community feel excluded from the sport.

The new campaign – #WhatsWrongIsWrong – will highlight the fact that the derogatory chant would not be accepted anywhere else in everyday life. A series of #WhatsWrongIsWrong social media videos will point out that if it is wrong at a youth sports event, at home, or in other settings, then it is wrong in the stadium as well.

The campaign launches on June 1, 2021, ahead of the inaugural Concacaf Nations League (CNL) Finals taking place between Costa Rica, Honduras, Mexico and US men’s national teams in Denver, Colorado on June 3 and June 6.

“This campaign is a very important step in our efforts to eradicate the goalkeeper chant, and to make it absolutely clear that we oppose all forms of discrimination in football,” said Concacaf President and FIFA Vice President, Victor Montagliani. “Our aim is to educate and inform fans that even if their intention is not to offend, this chant does offend many people and has no place in the game. The Mexican Football Federation have themselves made it very clear that they want their fans to cease this chant and leave it in the past. We fully support that message and will work alongside them, and other committed stakeholders including FIFA, to further promote football at all levels as a sport that is open and inclusive to all,” added Montagliani.

“Passionate support of teams and a great atmosphere at matches is what makes football special, and we are all looking forward to welcoming fans back to stadiums this summer,” said Concacaf General Secretary, Philippe Moggio. “However, we are determined to eradicate this chant and believe it has no place in our sport. Football should be enjoyable and welcoming to all, but this chant is offensive and risks excluding the LGBT+ community from our game. Put simply, it is wrong and after such a challenging 2020 when we were all kept apart and couldn’t enjoy simple things like attending a match, I hope fans can come together this summer and enjoy following their teams in a positive way,” added Moggio.

Concacaf worked with creative agency CCOM Group over several months to research the issue and develop a campaign that would resonate with fans and encourage them to see the chant from a different perspective.

“After carrying out research on the best approach for #WhatsWrongIsWrong, it was clear that we needed to provide fans with a very direct campaign that makes it absolutely clear that the chant is not acceptable,” said Concacaf Chief Brand and Administration Officer, Alejandro Lesende. “By taking it out of the stadium we believe the campaign has a very simple message: if you would not say it in other settings in everyday life, you should not say it in the stadium. We hope this will resonate with fans across the region and encourage everyone to leave this chant in the past,” added Lesende.

In addition to the #WhatsWrongIsWrong campaign, Concacaf will apply FIFA’s three-step protocol in the Concacaf Nations League Finals and Gold Cup this summer. Ahead of each match, a video explaining the protocol will be played on giant screens to explain that discriminatory chanting could result in matches being paused, suspended, or in the worst case scenarios even abandoned.

More #WhatsWrongIsWrong videos and campaign messaging will be published in the lead up to and during the 2021 Concacaf Gold Cup, which takes place from July 2 to August 1.

If you would not say it at your kid’s soccer match, why would you say it in the stadium? What’s wrong is wrong! #WhatsWrongIsWrong