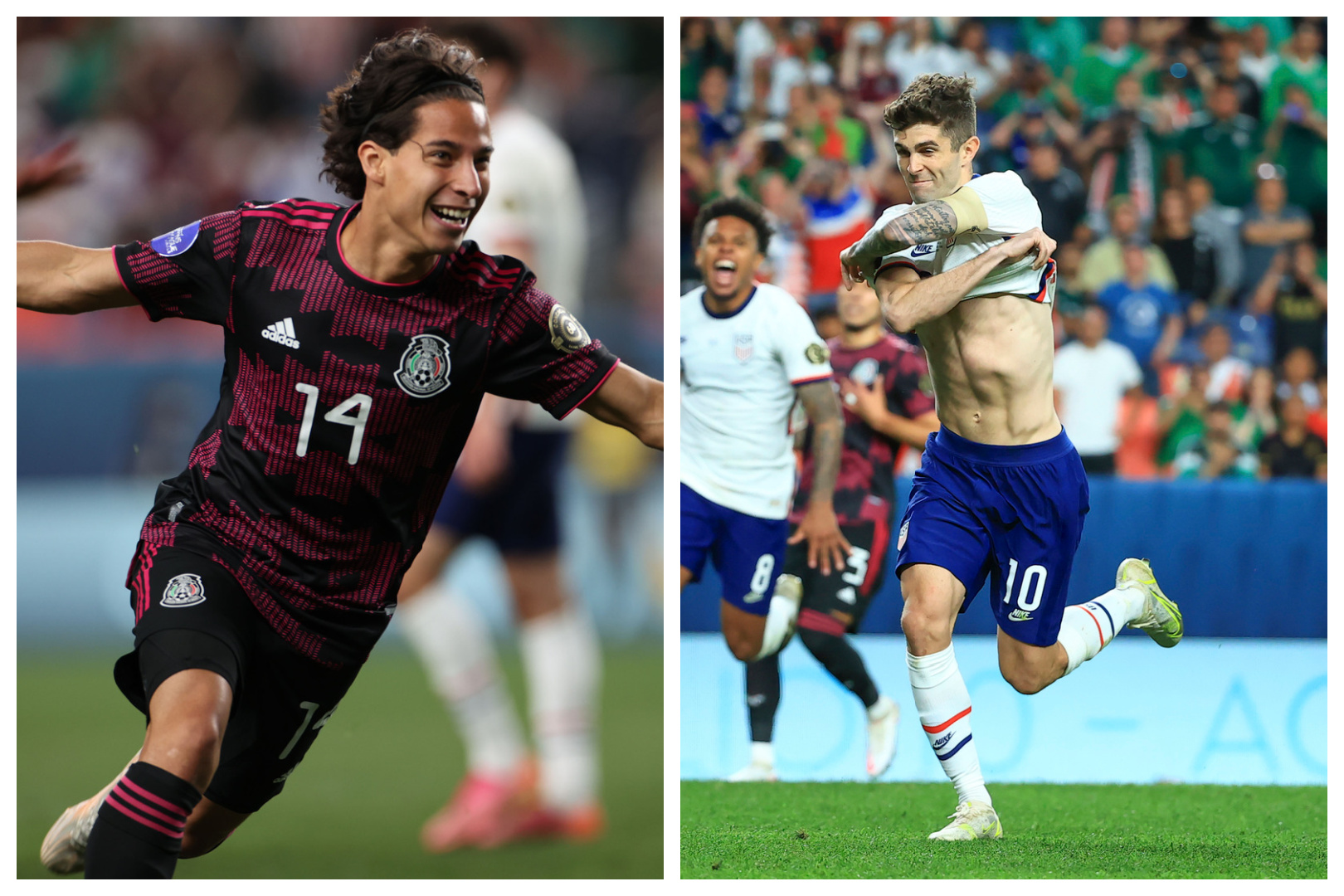 Lainez (left) came off the bench in the Final against the U.S. and provided instant offense and Pulisic showed poise and composure beyond his 22 years of age by hammering in the decisive penalty in the Final in extra time.

Here is a look at the CNLF Best XI.

DF John Brooks (USA) – Brooks was an anchor for the U.S. defense, playing every single minute of his team’s title-winning run. Never one to shy away from a challenge, Brooks seemingly won every single aerial duel in which he was involved and was the veteran voice in shepherding a young U.S. team.

DF Francisco Calvo (CRC) – Calvo was a big part of a Costa Rica team that had two solid displays during the tournament in drawing 0-0 with Mexico and 2-2 with Honduras. The left-sided defender also scored in the 85’ to send Costa Rica’s Third-Place Match with Honduras to a penalty shootout.

DF Nestor Araujo (MEX) – Araujo was a key member of Mexico’s three-man defensive line that secured a clean sheet against the Ticos and then went toe-to-toe with the U.S.

MF Edwin Rodriguez (HON) – Rodriguez came off the bench in Honduras’ narrow 1-0 semifinal defeat to the U.S. and gave his side a spark. That momentum carried over into the Third-Place Match against Costa Rica in which Rodriguez scored a goal and had another shot ring off the post. In the last seven months, the Olimpia man has now earned Best XI places in the 2020 Scotiabank Concacaf Champions League, 2020 Concacaf Men’s Olympic Qualifying Championship and now the 2021 CNLF.

MF Gio Reyna (USA) – Reyna was a creative outlet for the tournament champions, nearly scoring a wondergoal in the 1-0 semifinal win over Honduras before getting on the scoresheet in the Final against Mexico.

MF Hector Herrera (MEX) – The veteran midfielder was at his usual best in operating the controls of the El Tricolor midfield, using pinpoint precision with his passing to create scoring chances for his side.

MF Weston McKennie (USA) – The tireless McKennie scored the massive 2-2 equalizer for the U.S. in the 82’ in the Final against Mexico. His header off the post also led to Reyna’s opening goal. McKennie was a constant threat on set pieces and pocketed The Best Player Award presented by Scotiabank.

FW Alberth Elis (HON) – The Catrachos’ talismanic striker was unlucky not to score in the semifinal against the U.S., with a header that was cleared off the goal-line. He made sure to finish the job though in the Third-Place Match against Costa Rica, firing in for the second Honduran goal.

FW Christian Pulisic (USA) – One of the leaders of the young U.S. team, Pulisic showed poise and composure beyond his 22 years of age by hammering in the decisive penalty in the Final in extra time.

FW Diego Lainez (MEX) – After a solid near hour of work in the semifinal against Costa Rica, Lainez came off the bench in the Final against the U.S. and provided instant offense, scoring just one minute after entering the game with a slick left-footed finish for Mexico’s second goal of the night.