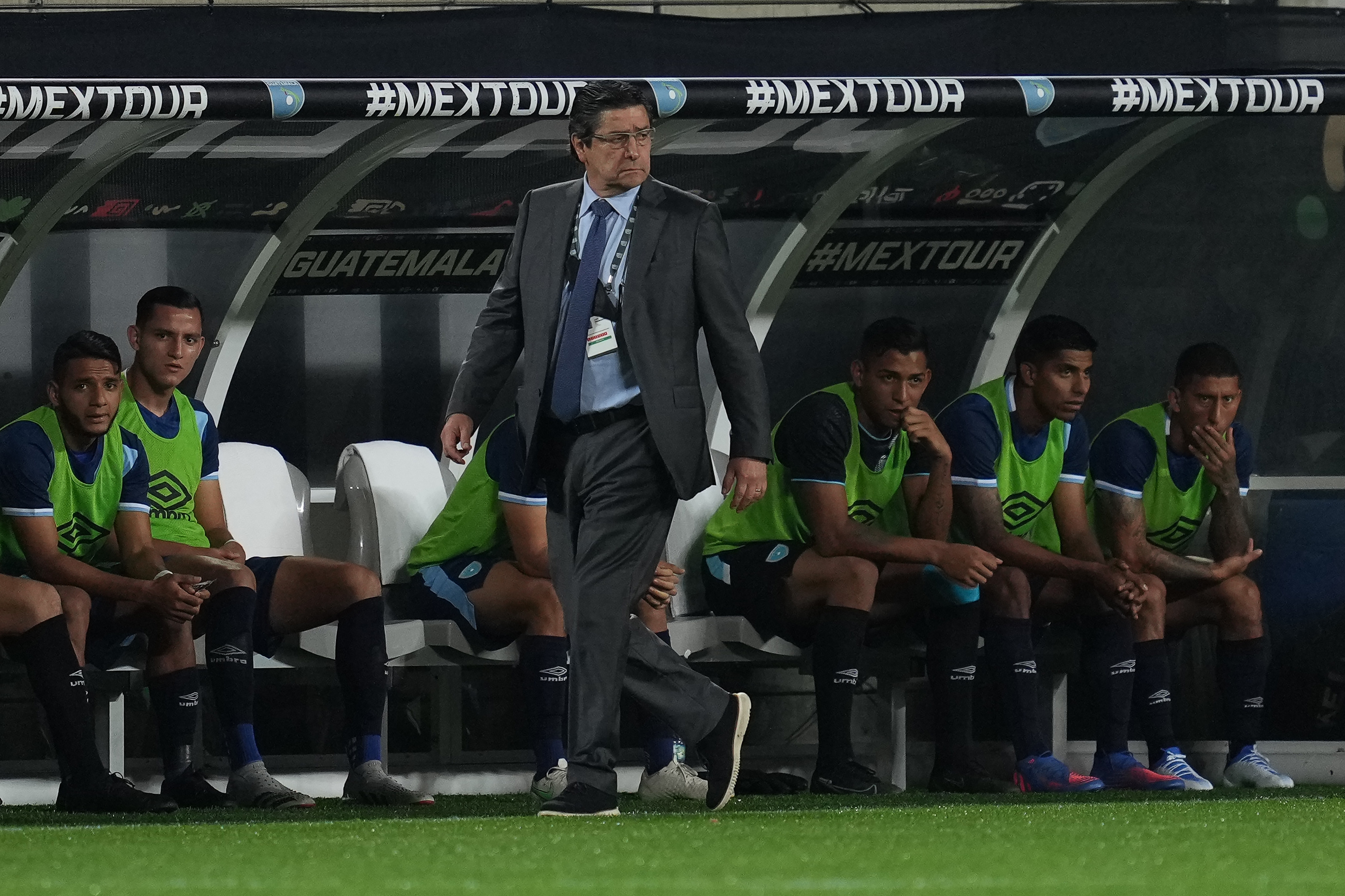 The big goal? “As everyone knows,” Luis Fernanando Tena notes, is making the 2026 FIFA World Cup.

MIAMI, Florida – There’s a big goal at the end, but several important landmarks along the way for Luis Fernando Tena, who took over as Guatemala men’s national team manager at the start of this year.

The big goal? “As everyone knows,” Tena notes, is making the 2026 FIFA World Cup. But it’s hard to see Los Chapines doing that without achieving another goal: Becoming the first team ever to go from League C of the Concacaf Nations League to League A.

“It’s our primary goal,” Tena said this month in a call with Concacaf.com. “For us, it’s vital to get into League A. Last year, Guatemala was in C, now we’re in B, but I believe our place should be in League A and compete with the strongest. I know that’ll help us grow.

“Qualifying to the Gold Cup is also vital for us. It’s a very important tournament we want to play in that makes us play well and demands a lot of effort from us.”

Guatemala did not participate in CNL Qualifying and made sure to back up talk that it was built for bigger things than League C by accruing with a perfect record in the inaugural tournament. Things have, understandably, been a bit tougher in League B, with play opening with a 2-0 loss to French Guiana. But Tena’s squad quickly righted the ship with a 2-0 win over Belize at home, a draw with the Dominican Republic away and then a 2-0 win over the Caribbean squad in Guatemala City.

The team has scheduled several friendly matches since then, as Tena looks to sharpen things ahead of games at Belize and against French Guiana in Guatemala that will decide Group D.
“We’re in the process of giving our players and team a style of play, getting to know ourselves perfectly, the players amongst themselves and with us as a staff,” he said, hoping players eventually form a team that can, “play the same, that understands our idea, that is really united in the human aspect, which is vital for us, and that they have that goal of the World Cup in mind.”

It’s a big dream for Guatemala, a country that Tena says doesn’t have as much history to lean on as other rivals in the region. Yet, Tena is not a manager who sees any reason not to take big swings.

Having mostly worked in the Mexican club game, Tena found his time leading the Mexico U-23 time to be the most fulfilling of his career. It was a good choice for Mexico to employ Tena in that role as well, with the veteran manager leading the team to the gold medal at the 2012 Olympics in London.

“I felt like a fish in water, that it was the job for me,” he said. “After working so many years with clubs, I think it was the perfect time to work with a national team that wants to grow.”

And now he has Guatemala set along the path to growth. Not only is continued rhythm thanks to the CNL and friendly matches to prepare for those games helping Guatemala understand Tena’s style of play and what it will need to do to get better, Tena also is finding a few new recruits.

Real Salt Lake forward Rubio Rubin joined the senior setup and scored a double against the Dominican Republic after having suited up for the U.S. youth teams. Arquimides Ordonez, born in Ohio, helped the Guatemala Under-20 squad qualify for the 2023 FIFA Men’s Under-20 World Cup, making the Concacaf Men’s U-20 Championship Best XI. And Real Salt Lake defender Aaron Herrera is working to become eligible as well. 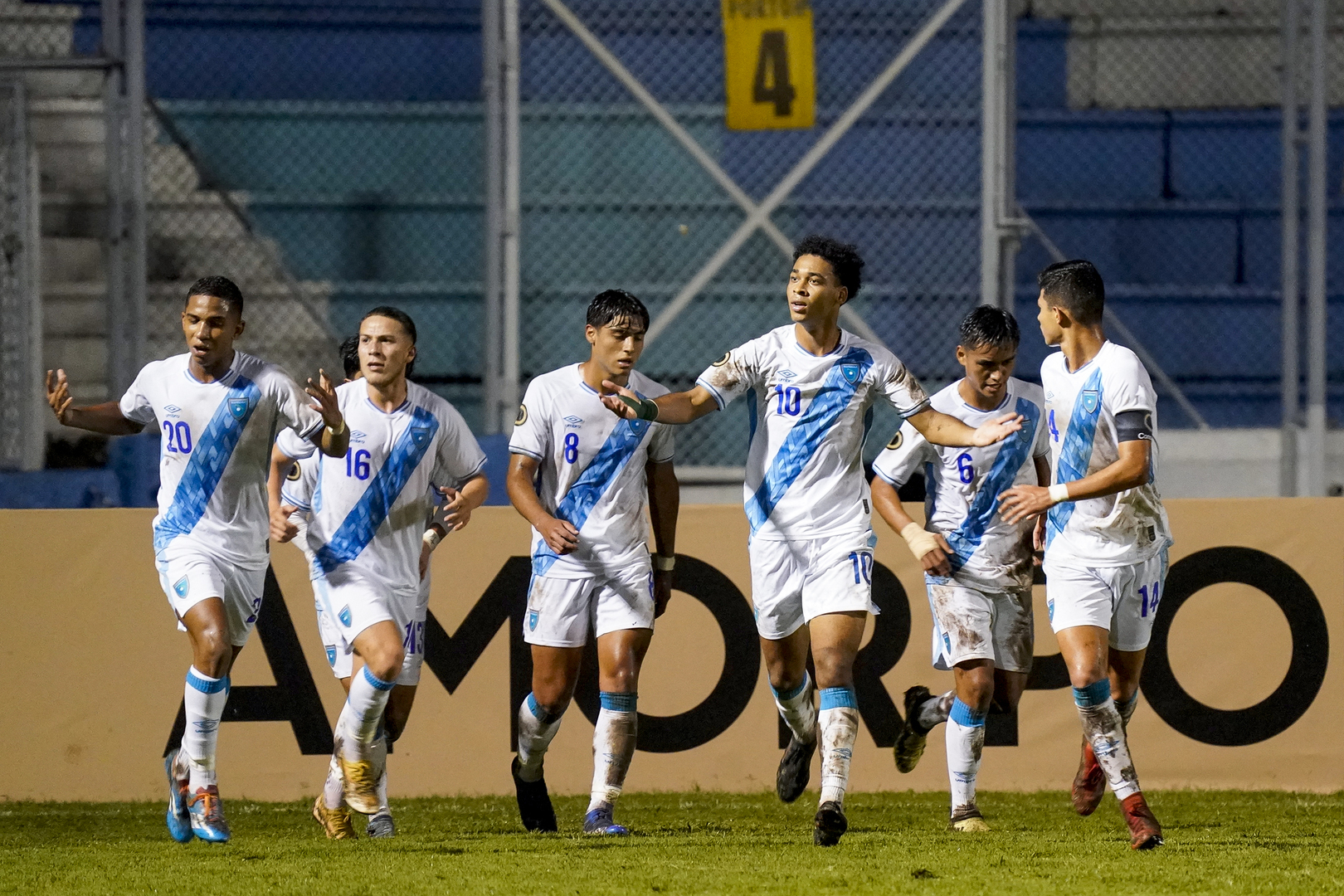 Arquimides Ordonez #10, born in Ohio, helped the Guatemala Under-20 squad qualify for the 2023 FIFA Men’s Under-20 World Cup.

“They’re very important, and we’ll keep looking,” Tena said. “All teams in the world have naturalized players and we’re looking for players who have been born in the U.S. but have Guatemalan roots, Guatemalan blood and love Guatemala.”

Whether players, fans or the coaching staff, the CNL matches in March will give those who love Guatemala a chance to see their team potentially achieve a major milestone and continue to re-emerge as a big-time player in the Concacaf region when it comes to the senior men’s national team.

Tena cautioned that a coach of his experience has seen enough to know that progress won’t be entirely linear.

“Results are very important but we also can’t turn from our objectives, much less lose faith,” he said. “We want results, we want to get into Nations League League A, into the Gold Cup, but like all teams, sometimes we’ll win and sometimes we’ll lose and when we lose, we can’t turn away. We’ve got very clear goals and have to continue on that path,” concluded Tena.

You can find the League B standings here! ⬇️ | #CNL22 pic.twitter.com/bLmF8vn3jX