Cuba, Guadeloupe seeking to separate themselves in Group A 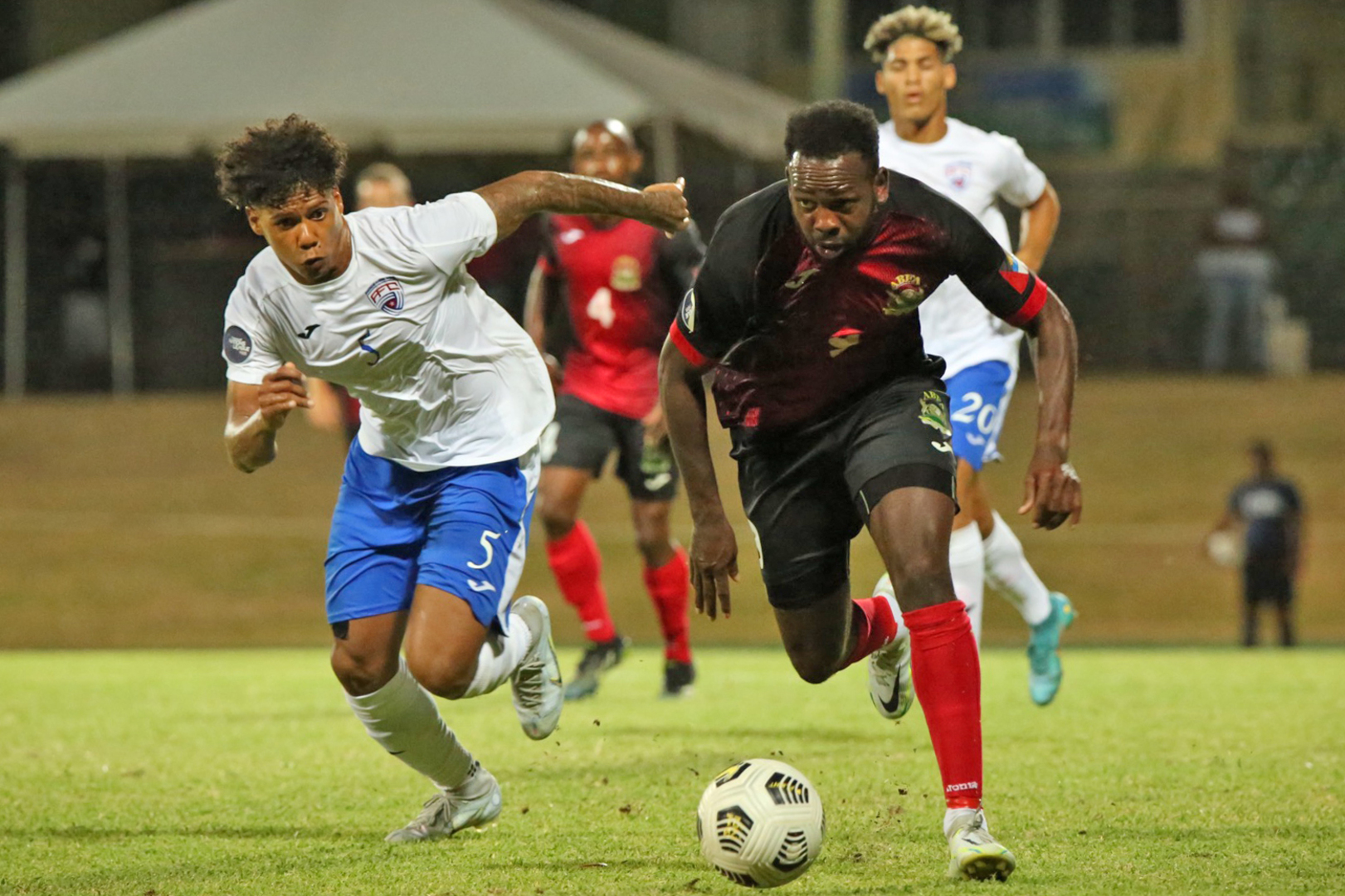 Just days after their sixth-ever meeting, Cuba and Antigua and Barbuda will meet for a seventh time on Sunday, at the Estadio Antonio Maceo in Santiago, Cuba.

Cuba, Guadeloupe seeking to separate themselves in Group A

MIAMI. - A pair of League B contests on Sunday should go a long way toward determining which teams in a crowded Group A continue their promotion push, and which may have to set their sights on 2023 Concacaf Gold Cup qualification - or simply staying in the league.

After Cuba beat Antigua and Barbuda on Thursday and Guadeloupe slid past Barbados, three teams in the group sit on three points with two wins and a loss in the 2022-23 Concacaf Nations League.

Just days after their sixth-ever meeting, Cuba and Antigua and Barbuda will meet for a seventh time at the Estadio Antonio Maceo in Santiago, Cuba.

Cuba kept its all-time unbeaten streak against the Benna Boys intact at Warner Park in Saint Kitts and Nevis. Luis Paradela had a first-half header, while Onel Hernandez killed off the match with his first-ever CNL goal, beating Antigua and Barbuda GK Nicholas Townsend after a counterattack to wrap up a 2-0 Cuba victory.

With both of their all-time top scorers in CNL on the squad in 29-year-old Junior Benjamin and 19-year-old D’Andre Bishop, Antigua and Barbuda manager Mikele Leigertwood will look for ways to get his attack more involved Sunday, while Cuba will hope to defend home turf in just its second-ever CNL match played on Cuban soil.

The other matchup pits Guadeloupe against Barbados. Guadeloupe beat Barbados at the Daren Sammy Cricket Ground in Saint Lucia on Thursday, but did so only by the smallest of margins, with a Thierry Ambrose goal earning a 1-0 victory.

The Bajan Tridents are still searching for their first goal of this CNL campaign, with manager Russell Latapy seeing chances created by FWs Omani Leacock and Tajio James, but yet to see anything go in the back of the net.

Guadeloupe will hope to keep it that way Sunday at the Stade Rene Serge Nabajoth. The clean sheet against Barbados was the first of the tournament for Guadeloupe. New addition Ambrose is climbing the scoring charts but has a way to go to catch Raphael Mirval as Guadeloupe’s all-time leading scorer in CNL after the forward netted seven to help earn promotion in the inaugural edition.

All four sides in this group will hope to be telling a promotion story in March but need a result on Sunday to make that CNL dream come true.