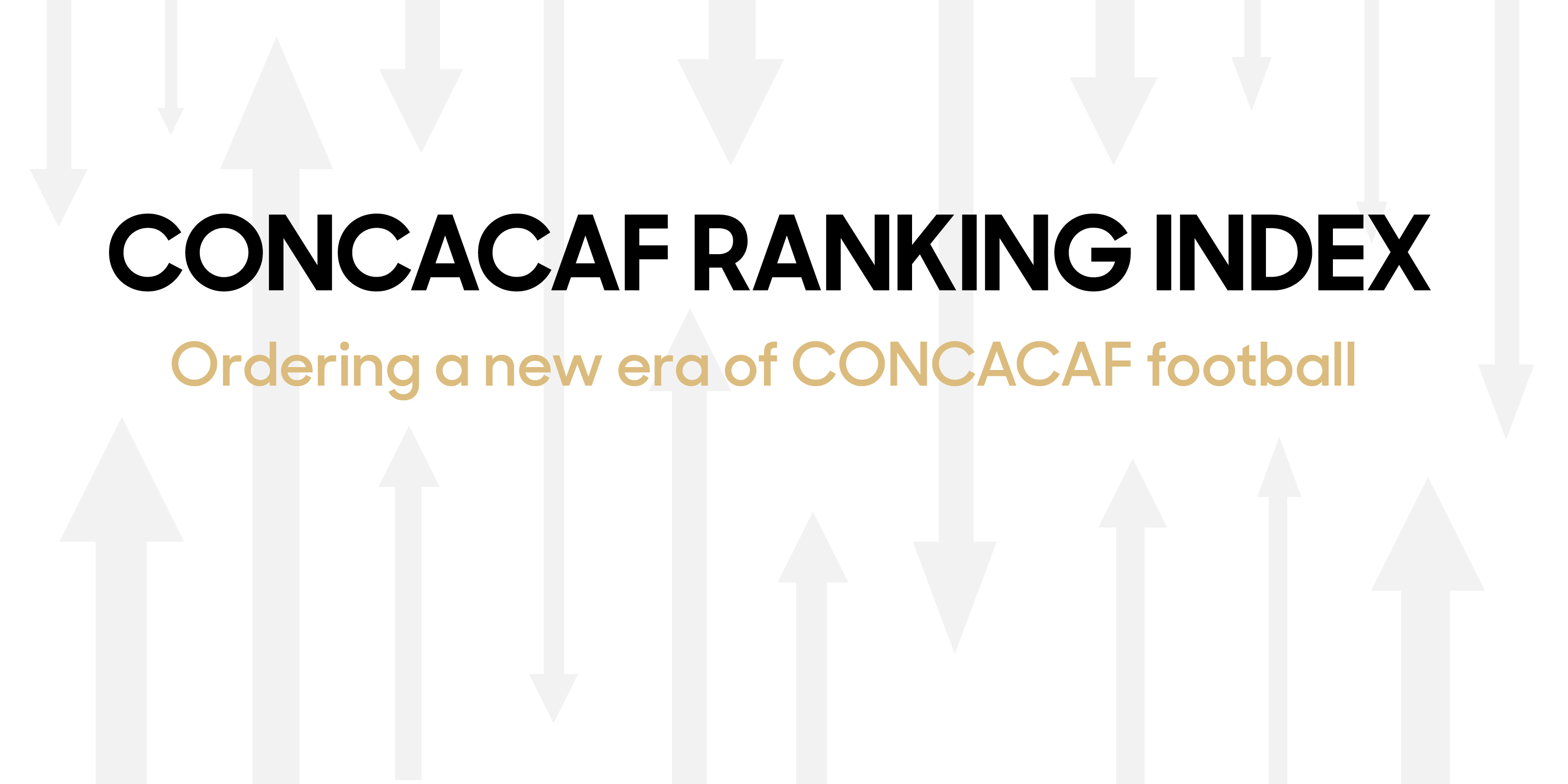 CONCACAF has launched a new ranking index that will serve as a constantly up-to-date ranking system for national teams in North and Central America and the Caribbean, as they compete in the on-going Nations League, the CONCACAF Gold Cup, and other international competitions.

The new ranking tool will update with each match result, and will play a key role in determining qualification for important regional and international championships going forward.

The ranking establishes a classification that orders CONCACAF’s national teams from 1-41. Additionally, the CONCACAF Ranking Index makes it possible to calculate the probabilities of different match results (a win, a draw, or a loss) for all matches in the near future.

Based on the results of all official and friendly matches played by national teams from each of the Confederation’s Member Associations, the statistics-based algorithm takes into consideration historical data from 1990 to present day. To best reflect the current competitive strength of each side, matches played throughout the last four-year cycle (2014-18) carry more weight than those that span further back in the calendar.

The rankings outcome of each match depends on three main factors:

The CONCACAF Ranking Index measures teams on final results and strength of their opponent.  Official matches have more weight than friendlies.  Matches played in final stages of competitions such as the FIFA World Cup, the Gold Cup or Nations League also have a greater weight.

Based on the initial results of this system, which are now public, the draw for the CONCACAF Nations League Qualifiers– to be contested during four official FIFA match windows in September, October and November 2018 and March 2019 – will be executed.

The first edition of the CONCACAF Ranking Index reveals that the 34 national teams set to participate in CONCACAF Nations League Qualifying draw on March 7, are ranked as follows:

The CONCACAF National Team Ranking is a ranking of all 41 Member Associations of CONCACAF. It is based on historical and actual results in all competitive and friendly matches. The ranking was developed by CONCACAF in close cooperation with Hypercube, a company also responsible for important football ratings Euro Club Index and UEFA National Team Coefficient.

A team’s total number of points at any given date is determined by adding:

The system is proven to be stable, as every new ranking creates a reliable expectation for the next match, and recent results have a much higher impact on the ranking than results from long ago.

Calculation of points for a single match

The number of points (P) gained or lost in a match depends on the following factors:

The number of points added to the ranking is calculated with the following formula:

Criteria for the calculation:

The odds of a match are based on the ranking difference between the two teams and the home advantage. These odds are calculated with a formula or looked up in a table. For opponents outside of CONCACAF an assigned ranking is used.