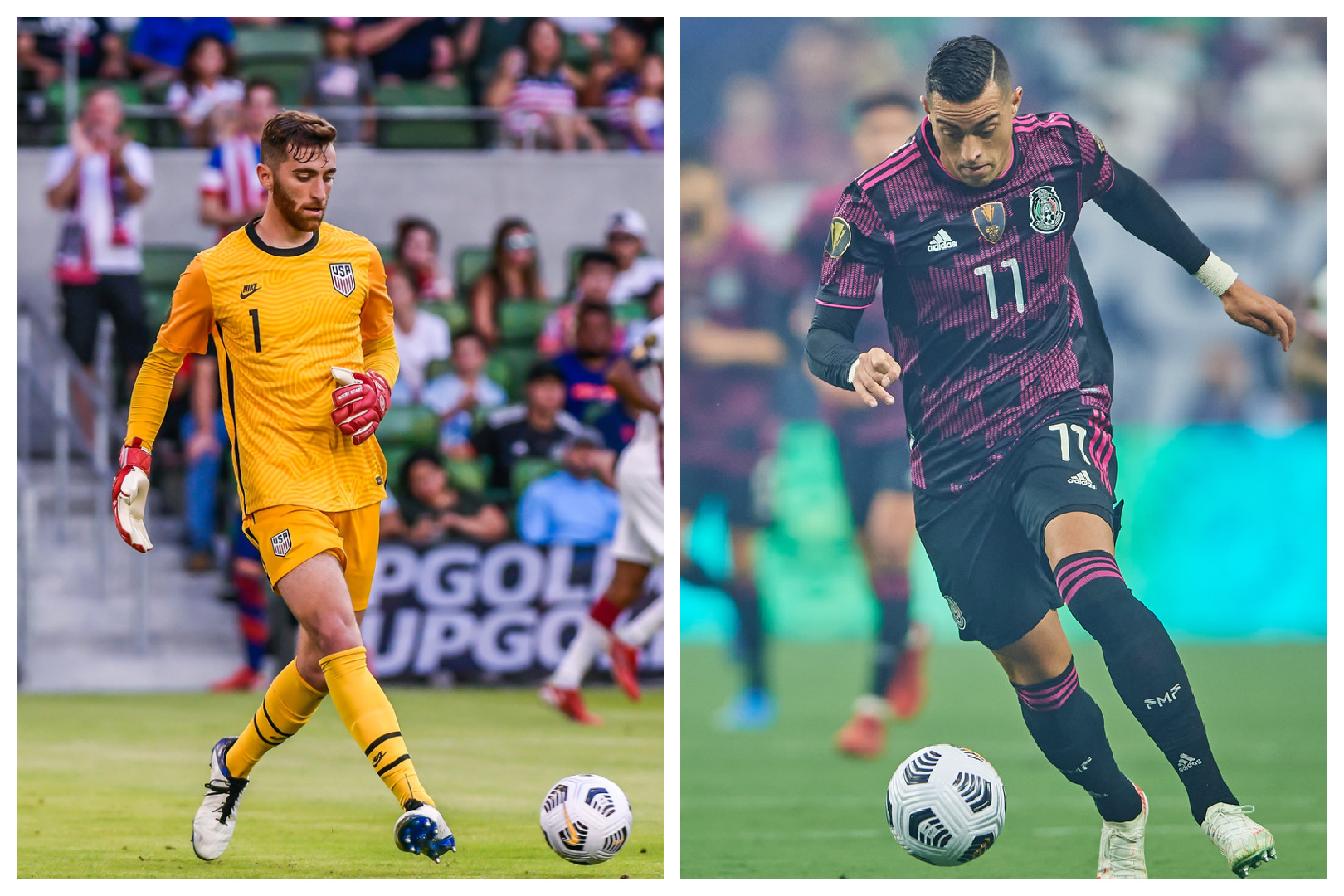 Turner (L) , who made 26 saves, registered five clean sheets and earned the Best Goalkeeper Award and Funes Mori of Mexico, scored three goals in the tournament, including a brace.

Here is the Scotiabank Best XI of the tournament.

What more could be said of Turner, who made 26 saves, registered five clean sheets and earned the Best Goalkeeper Award in helping the U.S. claim their seventh Gold Cup title.

Robinson was excellent for the U.S. throughout, starting all six matches and aiding a U.S. defense that conceded just one goal during the tournament. He, of course, also scored the winning goal in the Final.

Mexico’s defensive record was just as impressive, with just two goals conceded and Alvarez was a big part of that. Alvarez also had 12 steals, tops among all defenders.

An injury to Reggie Cannon resulted in Moore getting the start in the U.S. opener versus Haiti and he promptly delivered a Man of the Match performance. Moore ended the tournament with five starts, a goal, six steals and six clearances.

Lowe was a steady presence for the Reggae Boyz, playing every single minute in Jamaica’s four matches in which they allowed just three goals.

Herrera took home the Best Player Award, for his excellent tournament, punctuated by his last-minute game-winning goal for Mexico in their 2-01 semifinal win over Canada. Herrera had seven steals, two clearances and an assist.

The Costa Rican veteran reached a milestone during the 2021 Gold Cup by becoming the Costa Rican player with the most Gold Cup appearances (25). At age 33, Borges shows no signs of slowing down, with two goals and 11 steals in four games.

This exciting 22-year-old attacker thrilled onlookers with his playmaking, including a superb solo effort to give Canada their goal in the 2-1 semifinal defeat to Mexico. For his top display, Buchanan earned the Youth Player Award.

Guest nation Qatar poured in 12 goals during their five matches thanks in part to the exciting Afif, who had two goals and three assists.

A new arrival to the Mexico team, Funes Mori scored three goals in the tournament, including a brace in the 3-0 group stage win versus Guatemala. He also led the tournament with 29 shots.

Ali won the Top Scorer Award after notching four goals over 17 shots in Qatar’s five games. He also helped on the defensive end with a steal.