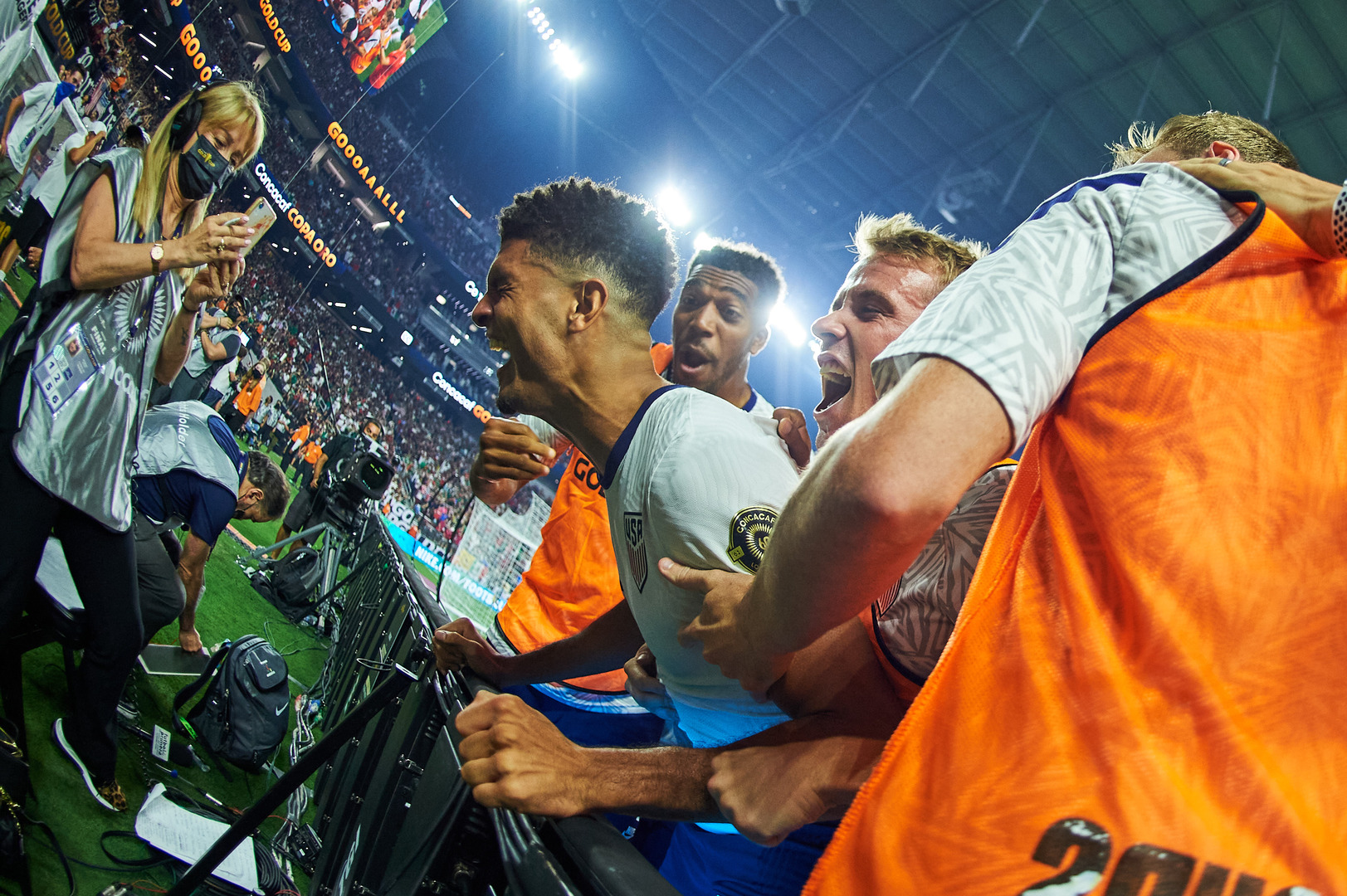 Miles Robinson, the U.S. center back met the inch-perfect free kick swung in by Kellyn Acosta and thumped in a header past Mexico GK Alfredo Talavera for the title-winning score.

LAS VEGAS, Nevada – The 2021 Concacaf Gold Cup is now in the books after the United States defeated Mexico 1-0 in extra time in the Final on Sunday at Allegiant Stadium in Las Vegas, Nevada.

Here are the top five moments from the tournament.

It looked almost certain that the U.S. and Mexico would have to resolve the Final in a penalty shootout with the two sides deadlocked at 0-0 and just minutes remaining in extra time. But a moment of magic from Miles Robinson changed that, as the U.S. center back met the inch-perfect free kick swung in by Kellyn Acosta and thumped in a header past Mexico GK Alfredo Talavera for the title-winning score.

There was a sense of great anticipation when the final matches of Group B kicked off, with the Gold Cup sitting on 997 goals going into the day’s action. In short order the count increased to 999 when Haiti scored in their finale versus Martinique and the U.S. found an early goal against Canada. The historic goal would come in the Haiti-Martinique match, with Martinique’s Kevin Fortune heading in a cross from Stephane Abaul in the 53’ of what was eventually a 2-1 Haiti win.

Fourteen years had passed since the last time that the U.S. had defeated Mexico in a Gold Cup Final. That came in the 2007 edition when a Benny Feilhaber volley in the second half propelled the U.S. to a comeback 2-1 victory. Since then, the U.S. had faced Mexico in the 2009, 2011 and 2019 Finals but had come up short until Sunday night when Miles Robinson’s goal in the 117’ earned the U.S. their second Gold Cup Final victory over their long-time rivals.

It was quite the Gold Cup for Canada’s Tajon Buchanan, who was a key part of Canada’s semifinal finish, the first time that Canada had reached the final four of the tournament since 2007. Buchanan started all five matches for his country and punctuated his first Gold Cup with one of the best goals of the tournament by beating Mexico DF Carlos Salcedo with a move before firing in a shot past Mexico GK Alfredo Talavera. For his top level of play, the 22-year-old Buchanan earned the Youth Player Award.

It is pretty safe to say that the U.S. would not have claimed their seventh Gold Cup title if it wasn’t for GK Matt Turner. The New England Revolution man had an unbelievable 26 saves for the U.S., including a pair of otherworldly saves in the first half of the 1-0 win over Qatar in the semifinals. Turner was superb throughout the tournament and it was no surprise to see him take home the Best Goalkeeper Award.