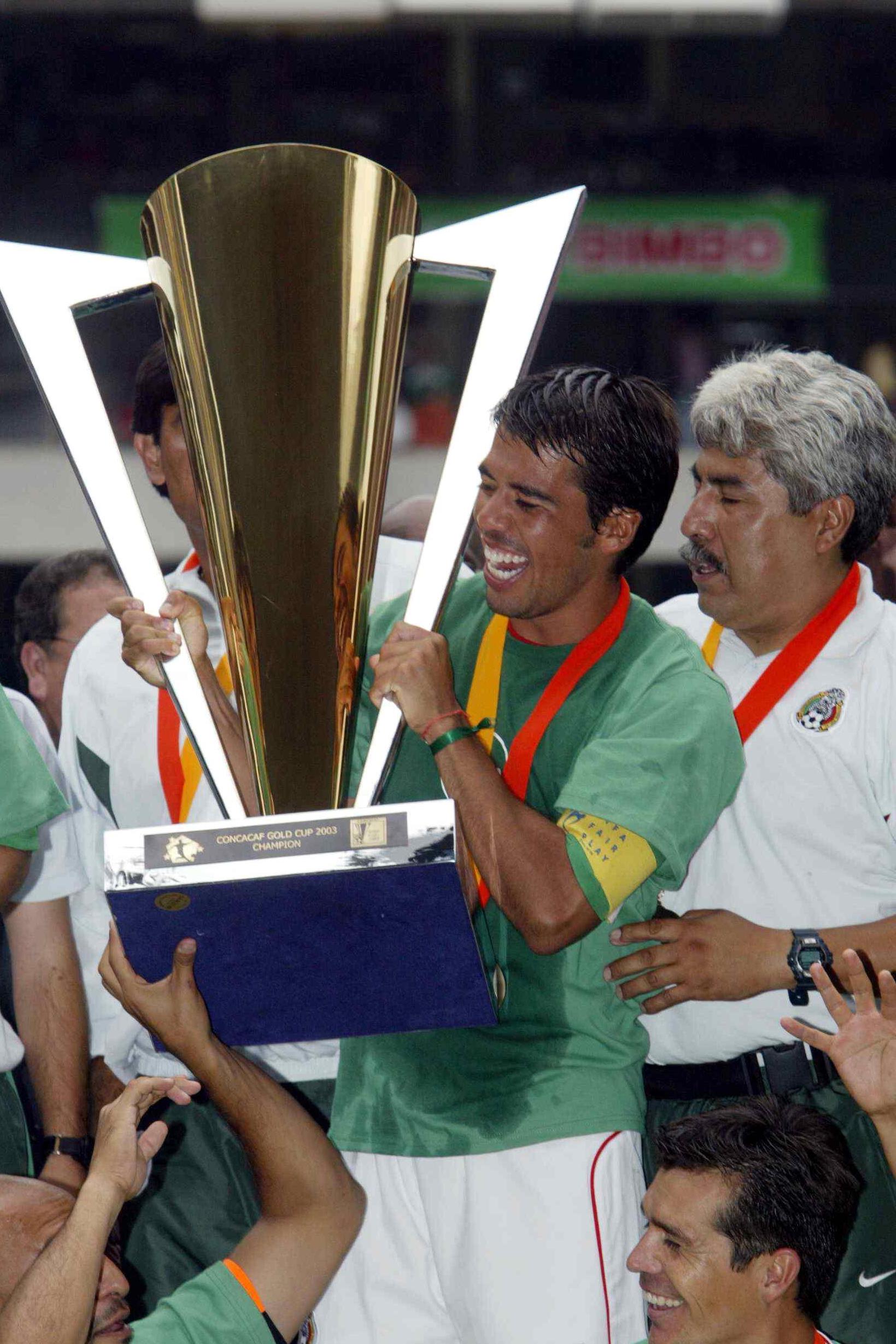 Mexican Pavel Pardo celebrating with the trophy during the final of the Concacaf Gold Cup at Estadio Azteca on July 27, 2003 in Mexico City, Mexico. (Photo Mexsport/ Concacaf)

HOUSTON, Texas – Former Mexico MF Pavel Pardo knows a thing or two about winning Concacaf Gold Cups. Pardo was a member of both the 1998 and 2003 Mexico teams that took home the trophy, serving as two of the many major milestones he achieved in his decorated career.

Like any other Mexican National Team fan, Pardo has been following Mexico’s progress closely in the current edition of the Gold Cup and feels like El Tricolor are peaking at the most important part of the tournament with a semifinal against Canada set for Thursday in Houston.

“Mexico have continually improved in this Gold Cup. In the first game they drew [vs. Trinidad and Tobago], after that they won [vs. Guatemala], then they beat El Salvador and I think against Honduras is where they showed their potential,” said Pardo in an exclusive interview with Concacaf.com

“Now they face another semifinal and in Concacaf, Mexico is the team to beat. There are still some footballing things they lack, but I think they look good. They’re doing well. I like the process, I like [Head Coach Gerardo] Martino’s management and always when players are in good moments, good things happen,” added Pardo.

One of those players in good form at the moment is FW Rogelio Funes Mori. Since joining the Mexico team earlier this summer, Funes Mori has supplied three goals in four Gold Cup matches, including the first goal in Saturday’s 3-0 quarterfinal triumph over Honduras.

Pardo has been very impressed by what he has seen from the Monterrey striker.

“He is a player that contributes, he doesn’t just score goals. We saw that from him in Monterrey and you can see that his game is to help make plays for the team. We know that he is a player who always gets a chance or two during a game, and he is always there. That’s what he gives the national team and so that’s what I like about him. He’s a player with good technique, who plays well with others and also scores goals. He helps Mexico’s attack a lot, not just with his goals, but his participation in plays,” said Pardo.

Mexico will clash with a young Canada team full of confidence after they posted a 2-0 win against Costa Rica in their quarterfinal on Sunday. Pardo expects a difficult contest, but thinks that if Mexico keep things tidy in the back, they should be able to emerge victorious.

“I think the key for the Canada game is that Mexico stays focused. It’s not to say Canada aren’t a good team, but if Mexico are attentive and they commit the smaller percentage of errors, they will move forward. It won’t be easy. Canada are a renewed team, a team that defends well, so it won’t be easy for Mexico, but I think that will be the key; that Mexico continues playing, continues looking to create chances and that they are attentive on set pieces and commit minimum errors,” said Pardo.

Looking back on his own Gold Cup career, Pardo enjoyed three appearances in the tournament, playing in the 2007 edition in addition to his title-winning finishes in 1998 and 2003. Lifting the trophy on those two occasions is something he remembers fondly.

“I got to be a champion twice in the Gold Cup and it means a lot because you are looking to be the best of Concacaf and that’s what winning the Gold Cup gives you. Mexico have to be thinking about that now and win this important game against Canada and then later think about the final,” concluded Pardo.