Nestor Araujo: “To win the Gold Cup is an amazing feeling”

Nestor Araujo: “To win the Gold Cup is an amazing feeling” 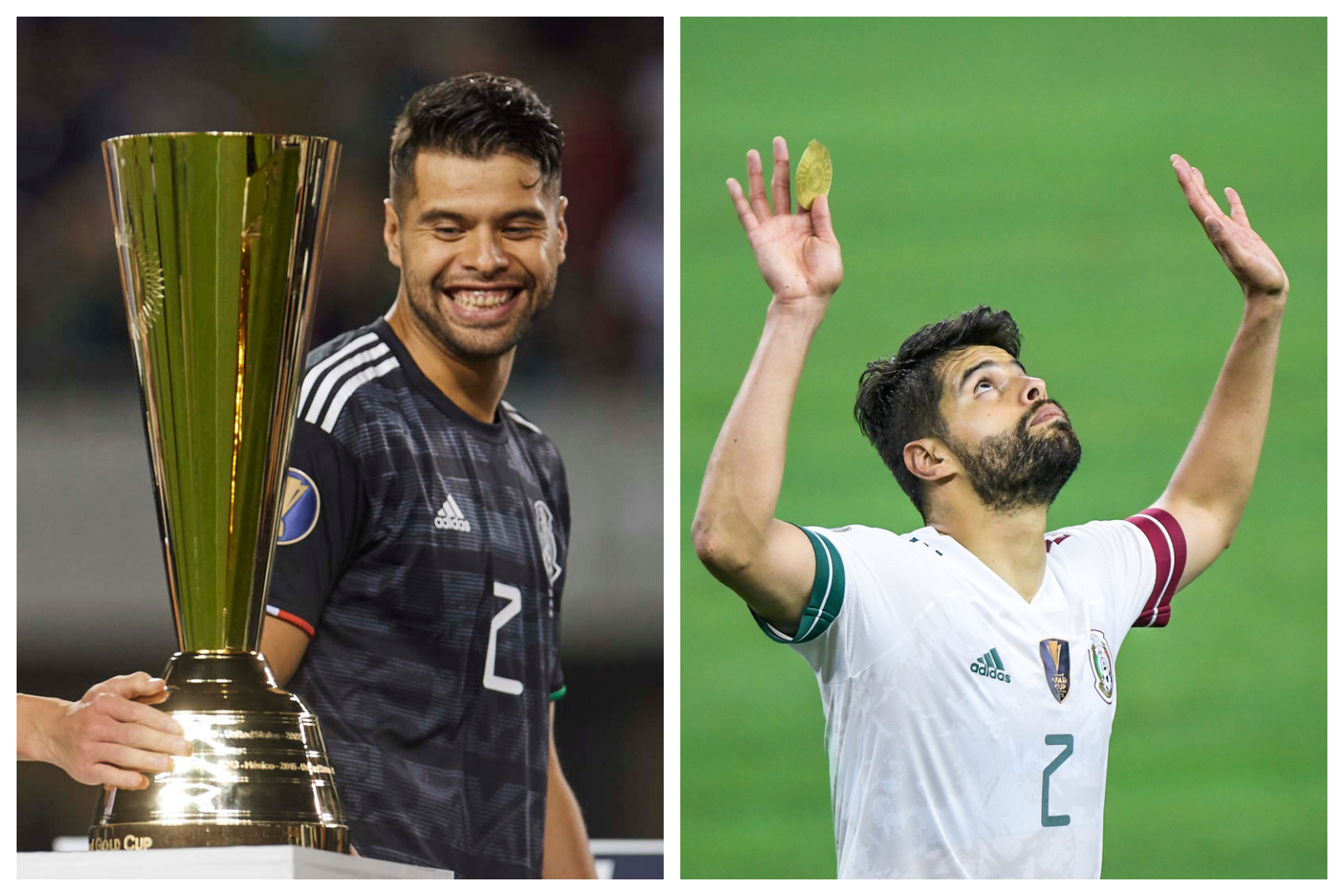 Nestor Araujo spoke about what has made the Mexican defense such an impenetrable force of late.

PHOENIX, Arizona – Mexico continue their quest for a ninth Concacaf Gold Cup title on Saturday with a quarterfinal clash against Honduras in Glendale, Arizona.

Mexico are fresh off a group stage in which they conceded zero goals in their three matches. A key member of that Mexico back line is center back Nestor Araujo, who played in the 0-0 draw with Trinidad and Tobago and the 3-0 win over Guatemala.

Speaking in an exclusive interview with Concacaf.com, Araujo spoke about what has made the Mexican defense such an impenetrable force of late.

“It’s important for all of us to work together defensively, to have the ball and to make sure the opponent doesn’t get to our area. The more we have the ball, the more possibilities we have of scoring. The fact that we haven’t allowed a goal makes us happy and shows that all of us are doing a good job defensively and not allowing goals,” said Araujo, who added that the clean sheet mindset of the Mexican team begins with Head Coach Gerardo ‘Tata’ Martino.

“It all starts with Tata. In the three games, he has changed center backs and full-backs, but the objective remains the same, which is that whoever plays, he will get the job done. It’s a process that we have worked on for a long time with Tata. We understand his ideas on defending and we expect that to continue,” added Araujo.

Mexico and Honduras share a long history, and not just in Gold Cup action but across all competitions in Concacaf, with Mexico leading the all-time series 22W-9D-7L and 3W-2D-1L in Gold Cup play. Like always, Araujo expects Saturday’s quarterfinal to be a close one.

“They are really tough games, always fighting for the ball. Honduras have physical and fast teams, strong center backs and players who can do damage to you, so we need to be aware of what we’re doing defensively. The Mexican team has a lot of quality and at any moment it can hurt you as well, so we have to be good defensively so that our attacking players can do damage,” said Araujo.

Mexico finished atop Group A with seven points, but it was hardly an easy stroll to first place, reflecting the increasing amount of parity seen in the Gold Cup and throughout the Concacaf region.

“It’s true that either Mexico or the United States usually have won the tournament, but the differences are shrinking and every game is difficult. Just look at the first game against Trinidad and Tobago. We tied 0-0 against a team that set up in a certain way and so it’s tough to open them up and hurt them in one play, so for the people who think that it’s easy, I would just say it’s not. It’s very complex,” said Araujo.

Just three victories separate Mexico from not only a ninth Gold Cup crown, but their second consecutive title, and for Araujo, there is no better feeling than to lift the Gold Cup trophy after such a long tournament.

“I played in the Gold Cup two years ago and I’m enthusiastic about playing in it again and trying to win it again. We are aiming to win back-to-back championships and trying to make history in that regard. That’s our motivation.

“It’s an incredible feeling to raise the trophy. In that Gold Cup [in 2019], the final was against the U.S. We had spent so much time together working and training with those expectations, so when you get there and you raise the cup, it’s an emotional release. You realize that it was all worth it and that’s why we are so eager to repeat it,” said Araujo.

Araujo also reflected on the sacrifices made by the players, who spend long stretches of time away from family and friends, but that it is all worth it when you are victorious in the end.

“So many of us didn’t have vacation, you see everyone else is on the beach, you’re away from family and you feel a bit closed off while sacrificing yourself. We have to make sure that it’s all worth it every day that we’re here, trying to reach that objective, which is to lift the trophy again,” concluded Araujo.