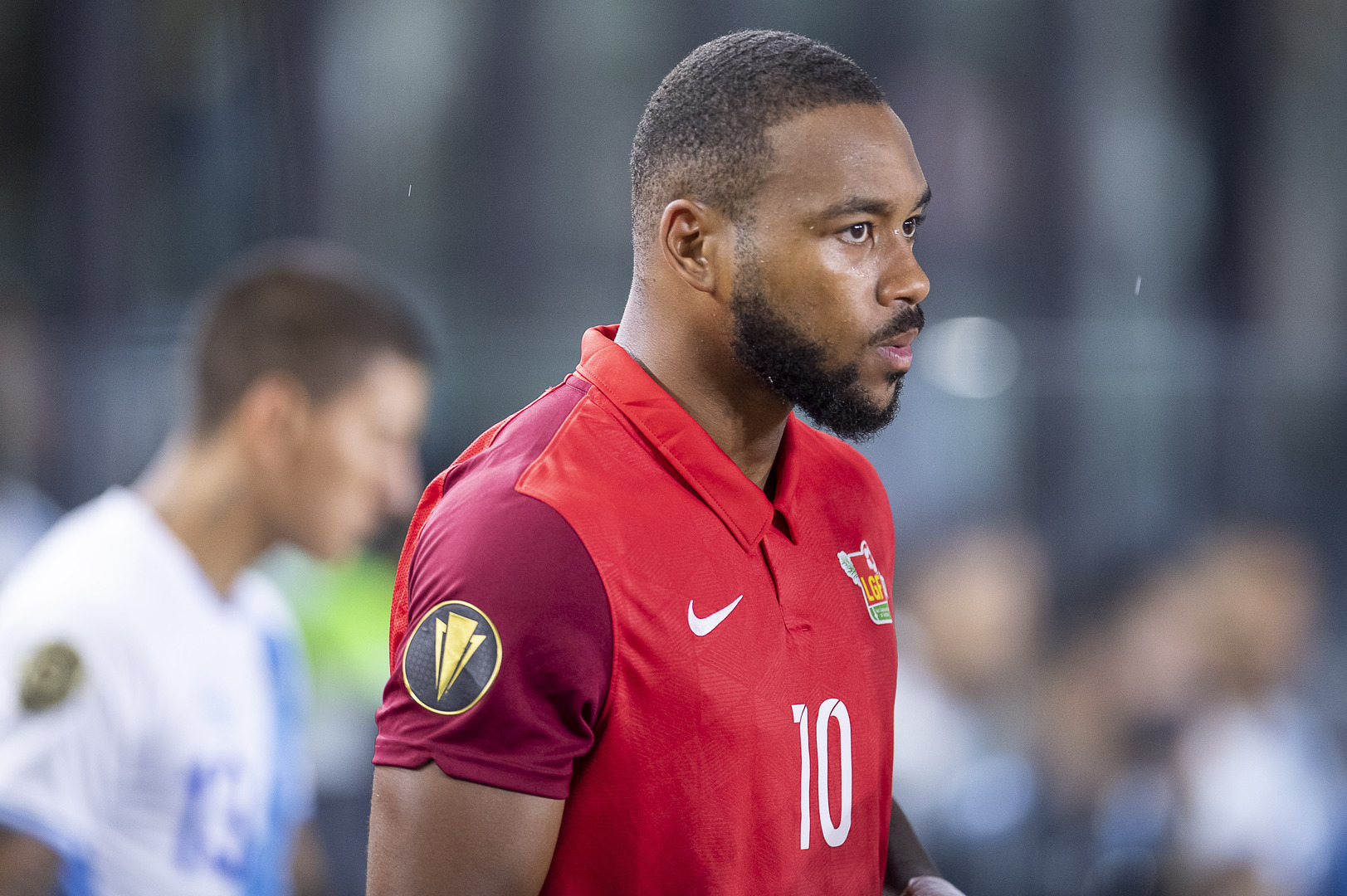 Photo: Matthias Phaeton was the biggest threat for Guadeloupe and scored a goal in the 2-0 win versus Bahamas, followed by the opener against Guatemala

MIAMI, Florida – The 2021 Concacaf Gold Cup Prelims are in the books and there were a
number of standout individual performances. Here is the Best XI from the First and Second
Rounds of the Prelims.

GK Nicklas Frenderup, Trinidad and Tobago – Frenderup allowed just two goals over the two
matches and was the hero for the Soca Warriors in their 8-7 penalty shootout win over French
Guiana by stopping the decisive penalty that sent Trinidad and Tobago to the group stage.

DF Gerardo Gordillo, Guatemala – The veteran Gordillo completed 91 percent of his passes
against Guadeloupe and had a steal in the 4-0 win over Guyana.

MF Ryan Telfer, Trinidad and Tobago – Telfer was a stable presence for Trinidad and
Tobago, completing 67 percent of his passes against French Guiana and scoring versus
Montserrat.

MF Derrick Etienne Jr., Haiti – Always a threat on the wings, Etienne was a creative force
going forward for Les Grenadiers in both wins and had a goal for himself in the 6-1 win over
Saint Vincent and the Grenadines.

MF Kevin Molino, Trinidad and Tobago – Molino was the centerpiece of the Trinidad and
Tobago attack, scoring a goal in each game and also converting his penalty in the shootout
victory over French Guiana.

MF Matthias Phaeton, Guadeloupe – Phaeton was the biggest threat for Guadeloupe and
scored a goal in the 2-0 win versus Bahamas, followed by the opener against Guatemala.

FW Frantzdy Pierrot, Haiti – Pierrot was superb for Haiti, scoring a goal in the 6-1 win against
Vincy Heat and then a hat trick in just 12 minutes against Bermuda.

FW Duckens Nazon, Haiti – Nazon was right behind his countryman Pierrot in goalscoring
exploits, with a pair against Saint Vincent and the Grenadines and a goal against Bermuda. Also
helped set up a Pierrot goal against the Gombey Warriors.

FW Nahki Wells, Bermuda – Bermuda may have fallen short of the group stage, but Wells was
excellent with a hat trick in the 8-1 win against Barbados and the lone Bermuda goal versus
Haiti. Made history by scoring the fastest Gold Cup goal when he tallied 17 seconds into the
match against Barbados.