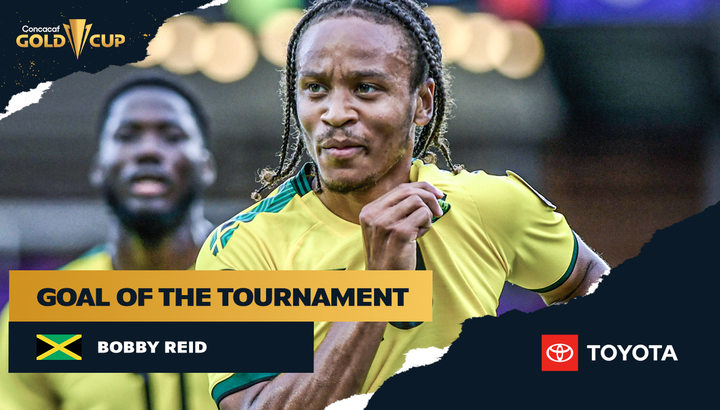 LAS VEGAS, Nevada – Jamaica FW Bobby Reid has been named the winner of the 2021 Concacaf Gold Cup Goal of the Tournament presented by Toyota.

Reid’s fantastic strike came in the 26’ of Jamaica’s 2-0 win over Suriname in the opening match of Group C at Exploria Stadium in Orlando, Florida.

With Jamaica holding a 1-0 lead and on the attack, a long ball was played forward, only for a Suriname defender to head the ball away in hopes of clearing danger.

Instead, it fell perfectly for Reid, who latched onto the ball and hammered a right-footed volley that went screaming past Suriname GK Warner Hahn and into net for the goal.