From Bennett to Dos Santos: A look at Gold Cup goals

From Bennett to Dos Santos: A look at Gold Cup goals 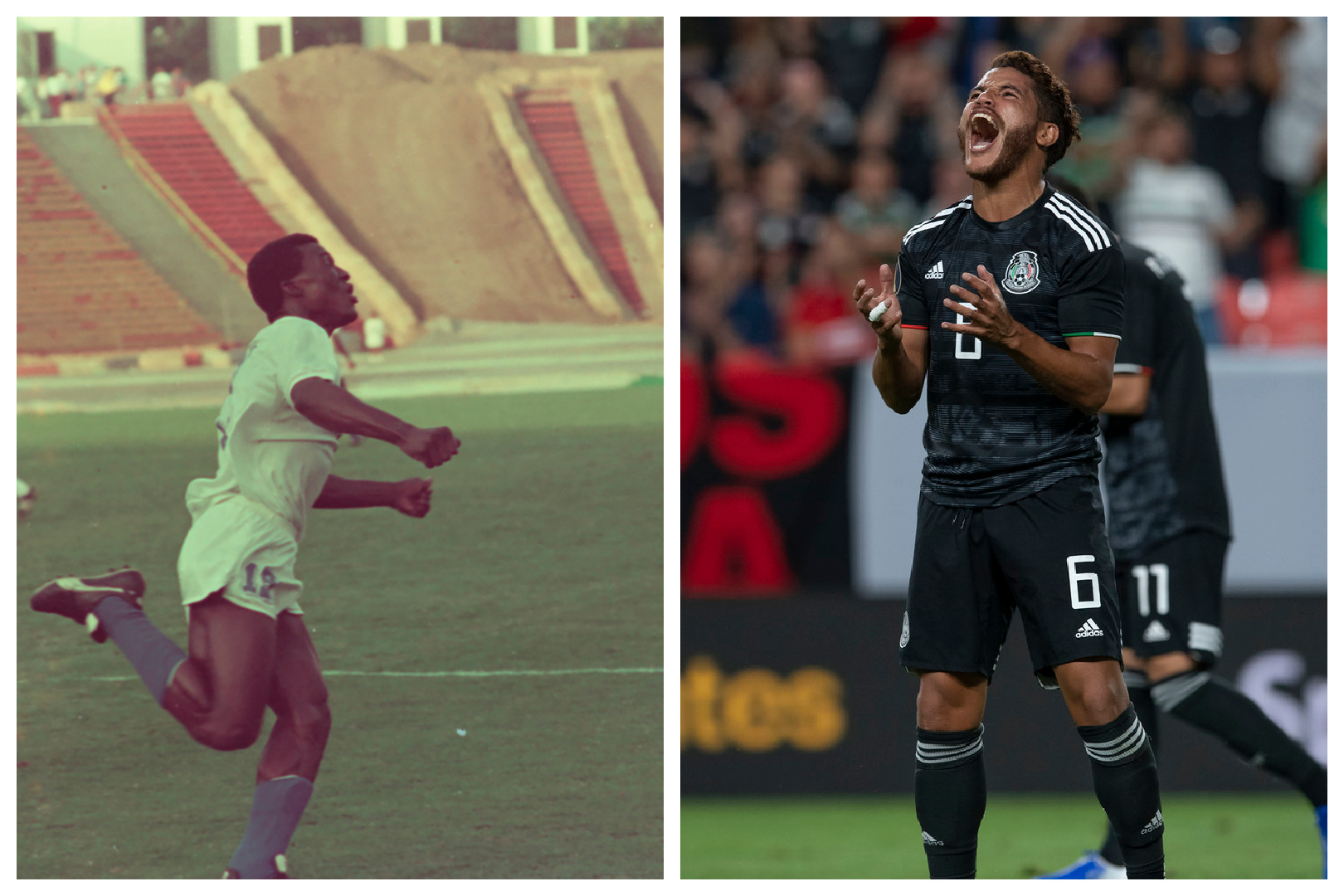 Eduardo Bennett of Honduras (left) scored the first ever goal in Concacaf Gold history and Jonathan dos Santos’ score for Mexico in the 2019 Final against the United States.

MIAMI, Florida – The 2021 Concacaf Gold Cup is on the horizon and like every previous edition of the tournament, fans can expect a slew of goals to be scored.

The first goal came from Eduardo Bennett of Honduras versus Canada in a 4-2 group stage win in the 1991 Gold Cup, and the last goal, as of now, was Jonathan dos Santos’ winning score for Mexico in the 2019 Final against the United States.

The breakdown of the 906 Gold Cup goals is interesting in that they have come at all different times of the match and scored in a variety of ways.

To start, in Gold Cup play there have been 80 braces, 14 hat tricks and three four-goal performances from players. There have also been 17 own goals and 74 goals converted from the penalty spot.

Another interesting statistic concerns the distribution of own goals scored. Of the 17 own goals, nine have come from minutes 31-60, while there have been just three in the final 15 minutes, perhaps suggesting that as the full-time whistle approaches, defenses opt for a safer and more conversative approach in front of their own net.

And among the notable names to have made Concacaf history by becoming the first to accomplish a goal-scoring feat, Dale Mitchell of Canada was the first player to score a brace, ironically coming in the 4-2 defeat to Honduras in which Bennett scored the first ever Gold Cup goal.

Bennett would also become the first player to score a Gold Cup hat trick, achieving that feat in the 1993 group stage in a 5-1 win for Honduras over Panama. One day later, Zague of Mexico would end up scoring a Gold Cup single-game record seven goals in a 9-0 win over Martinique, a mark that still stands today.