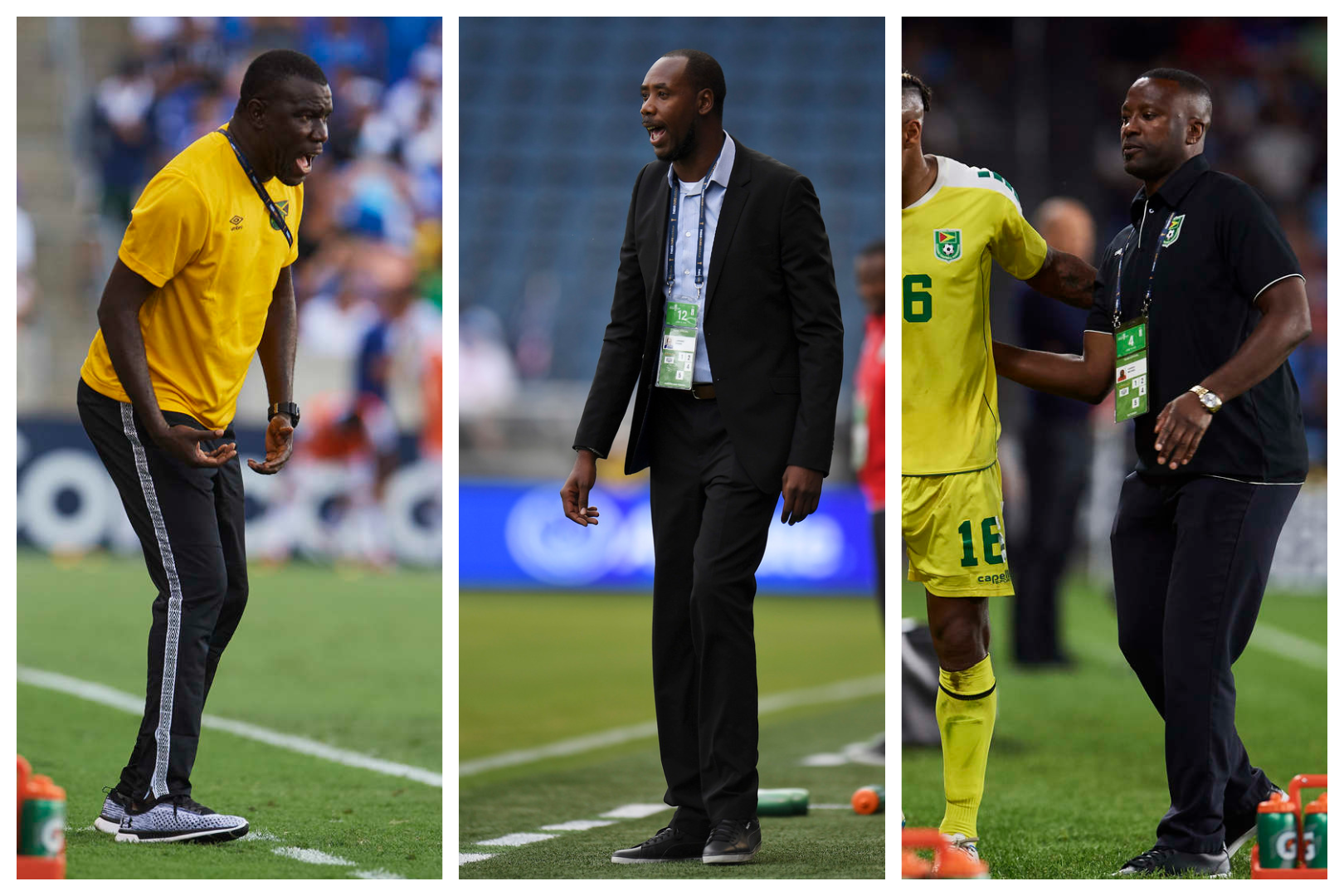 Theodore Whitmore (left) Dennis Lawrence (center) and Michael Johnson (right) are part of the select group of 12 men have been able to accomplish the rare feat of playing in the Gold Cup before coaching in the Gold Cup as a Head Coach.

MIAMI, Florida – For many players, their days in football do not end when they announce their retirement from the game. Many elect to stay within football in varying capacities, including coaching.

Then there is the select group of former players who reached the national team as players and played in some of the biggest tournaments, and then earned that same distinction as Head Coach.

Perhaps the man best identified with that is current Jamaica Head Coach Theodore Whitmore. As a player, Whitmore appeared in seven matches over the course of three Gold Cups (1998, 2000, 2003) before managing Jamaica in 18 matches in four different Gold Cups, including a Final appearance in 2017, accumulating a record of 9W-4D-5L.

Former Costa Rica international Hernan Medford amassed three goals in 13 Gold Cup games as a player (1991, 2000, 2002) and then took the reigns as Head Coach in the 2007 tournament, finishing with a 1W-1D-2L record in four games.

Like Whitmore, Gregg Berhalter is currently the Head Coach of the national team he represented as a player, the United States. Berhalter played one Gold Cup game in 1998 and then 21 years later in 2019 managed his side to the Final with a 5W-0D-1L record.

Of all the countries who have the most former Gold Cup players who became Gold Cup coaches, Costa Rica and Canada lead the way with three each.

In addition to Medford, Paulo Wanchope and Oscar Ramirez did so for the Ticos. Wanchope scored eight goals in eight Gold Cup games (1998, 2000, 2002), before coaching his country at the 2015 tournament (0W-3D-1L). Meanwhile, Ramirez played in the first Gold Cup in 1991 and then managed the Ticos in 2017, reaching the semifinals with a 3W-1D-1L record.

For the Canadians, Frank Walter Yallop, Dale Mitchell and Colin Fyfe Miller all played and then coached in Gold Cups. Ironically, all three played in the first Gold Cup in 1991 in which Mitchell scored three goals in his lone Gold Cup as a player. Yallop and Miller would each feature in the next two Gold Cups in 1993 and 1996, with Yallop ending his career with seven Gold Cup games played and Miller with eight games and one goal.

Out of all the names on the list, former Jamaica international Michael Johnson is the only one who went on to coach in the Gold Cup with a different country. The Reggae Boy appeared in four Gold Cup games across 2000 and 2003 and then managed Guyana in their first ever Gold Cup in 2019, earning the country’s first point in a draw with Trinidad and Tobago to finish 0W-1D-2L.

In addition to the Jamaican coaches, the Caribbean is also represented on this list by Cuba and Trinidad and Tobago. Israel Blake played two matches for Cuba in the 1998 Gold Cup prior to coaching them in the 2013 tournament, with a 1W-0D-2L record, while Dennis Lawrence played three games for the Soca Warriors in 2005 before serving as coach in 2019 in which the team finished with a 0W-1D-2L record.