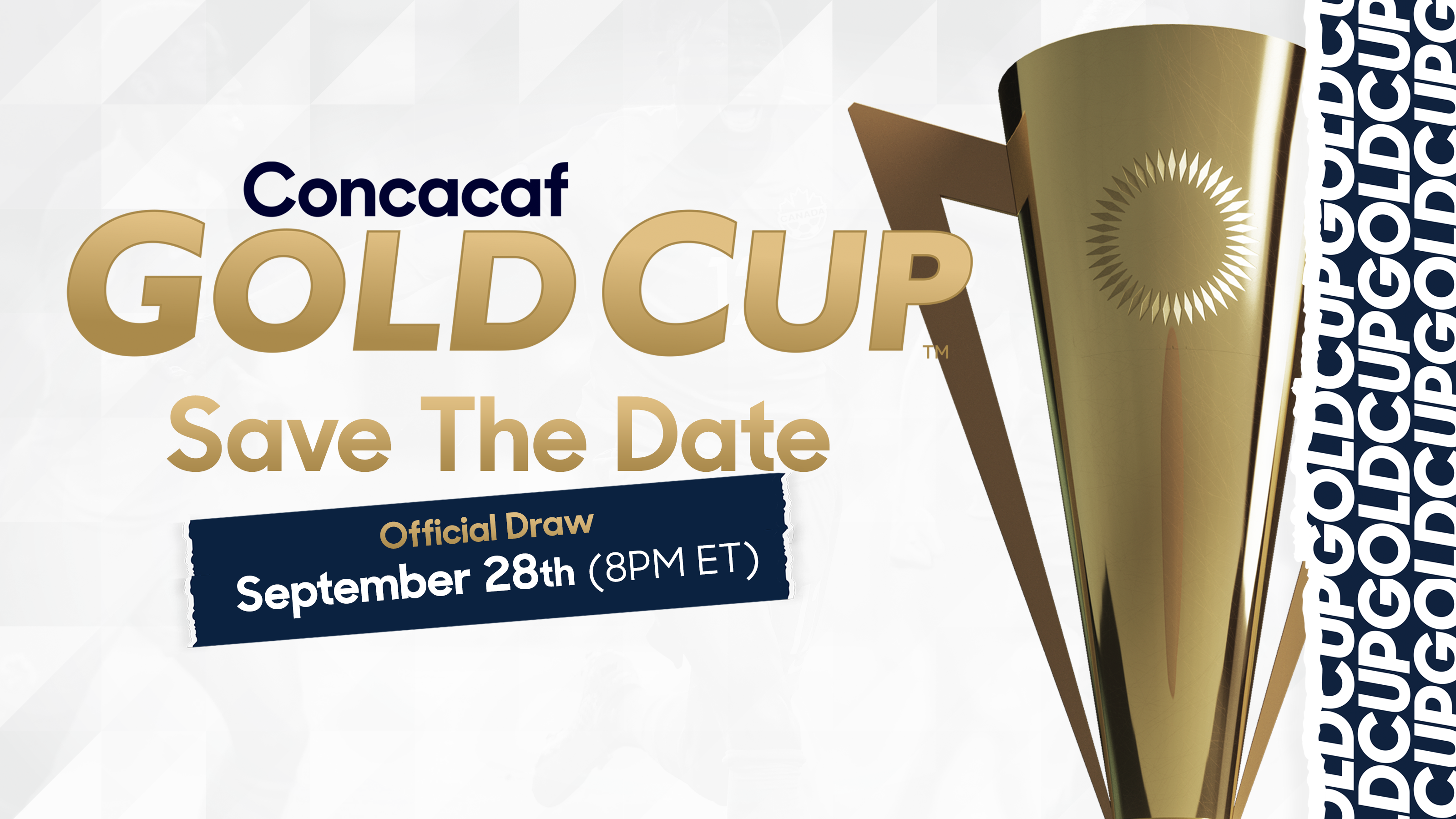 The draw for the Group Stage will be conducted by Concacaf Director of Competitions, Carlos Fernandez, alongside former Honduras national team star Wilson Palacios, a standout player in the 2005, 2007 and 2011 editions of the Gold Cup. For the Preliminary Round (Prelims), Concacaf’s Director of Development and former Grenada international star Jason Roberts will draw the teams.

A number of the national team head coaches will participate virtually in the evening’s event to provide live interviews following the outcome of the draw.

As part of the Confederation's football first philosophy, Concacaf last month announced a series of enhancements to the 2021 edition of its flagship regional tournament. These include a draw, the introduction of the Prelims to qualify the final three teams for the Group Stage and an exciting change to the Knockout Stage which will mean the top seeded teams can meet before the Final.

Additionally, through the development of a long-standing agreement with the Asian Football Confederation, the Asian Cup champions, Qatar, will compete as a guest participant in the tournament. Concacaf, the Qatar Football Association and the Supreme Committee responsible for delivering the FIFA World Cup Qatar 2022 will also partner on a game-changing football development initiative which will significantly boost community coaching in all Concacaf nations.

The draw will be available for fans across the region to view on TUDN (Mexico and USA), FS2 (USA and Caribbean), One Soccer (Canada) and other local partners. For other territories, the event will be available on the Official Concacaf App, Concacaf Facebook page and Concacaf YouTube channel (subject to territory restrictions).

Gold Cup Prelims Draw
The draw for the Prelims will involve the 12 national teams which earned a place in the Gold Cup Qualifiers through their performances in the Concacaf Nations League group stage, which was played in September, October and November 2019. This includes the bottom placed finishers in League A groups, the runners-up in League B groups and the winners of League C groups.

The top six teams based on the Concacaf Ranking will be pre-seeded into match-ups one through six, and the next six will be drawn from a single pot. After direct elimination play over three match-days between July 2 through July 6, 2021, the 12 teams will be reduced to a final three who will qualify for the Gold Cup Group Stage.

Gold Cup Group Stage Draw
The draw for the Group Stage comprises the 12 national teams which qualified directly through their performances in the Concacaf Nations League group stage. They include the League A group winners and runners-up, and the League B group winners. Additionally, the AFC Asian Cup Champions, Qatar, will compete as a guest participant.

The teams will be split into four pots based on the Concacaf Rankings and drawn into one of Groups A, B, C or D.

As the identity of the three qualifying teams through the Gold Cup Prelims will not be known until July 6th, 2021, for the purposes of the draw there will be three spheres labelled as Prelims winners.

The top four ranked nations (Pot 1) will be seeded based on the Concacaf Ranking, with the current Gold Cup Champions Mexico heading Group A, USA Group B, Costa Rica Group C and Honduras Group D.

The remaining competing teams will be distributed in Pots 2, 3 and 4 based on their ranking. The guest team, Qatar, will be pre-drawn into the group which begins play on the latest date (Group D) as the team will also compete in the Copa America which concludes in early July.

Concacaf will announce venues, kick-off times, schedule, and other details for the 2021 Gold Cup in the coming months.