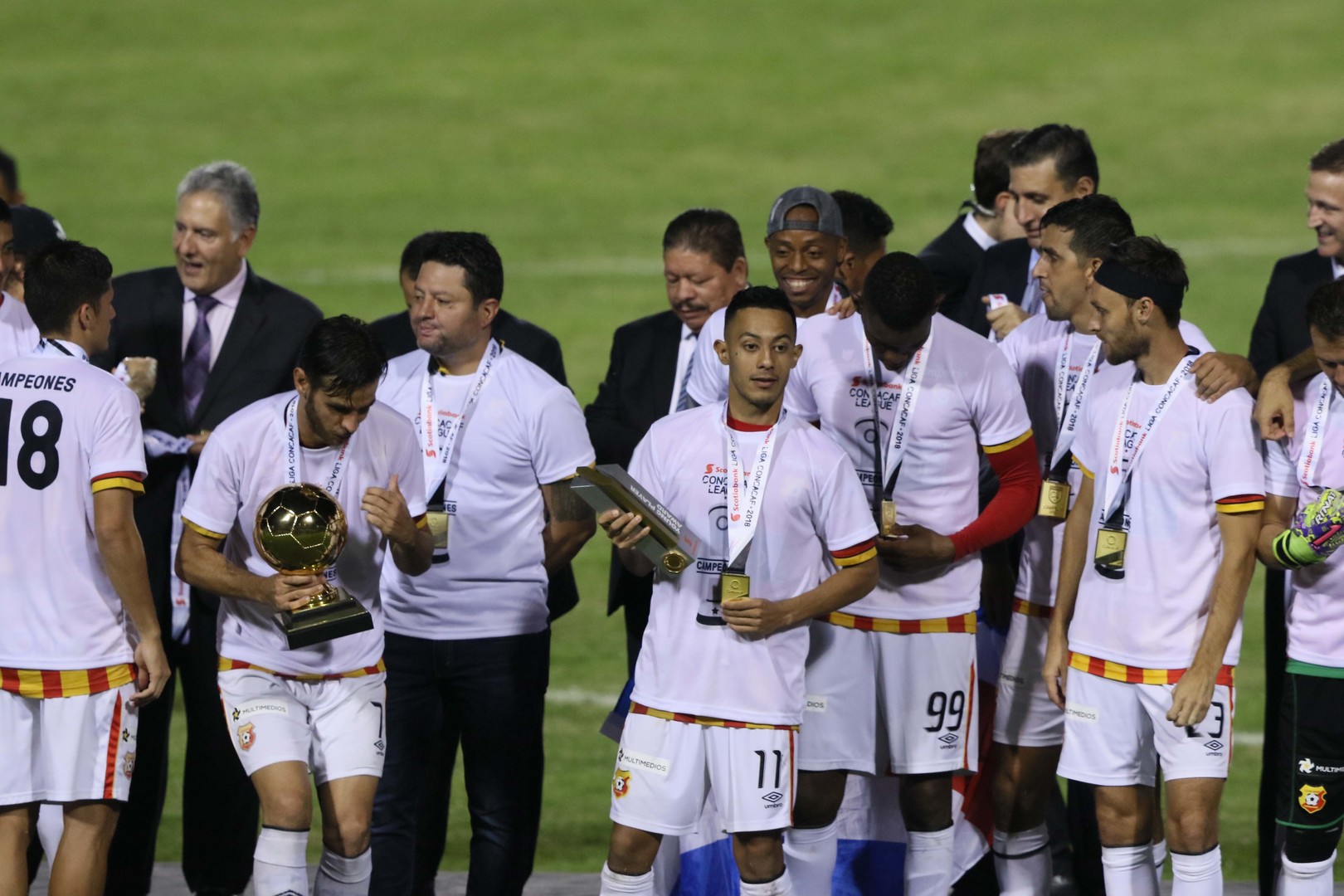 MIAMI, Florida – One of the more compelling storylines ahead of Wednesday’s 2020 Scotiabank Concacaf League Final between Costa Rican rivals Liga Deportiva Alajuelense and Deportivo Saprissa is that by the end of the night, one of the players from either side will have made history by becoming the first player to win the SCL with two different clubs.

For Alajuelense, MF Alex Lopez is the man in pursuit of that feat after having won the inaugural SCL in 2017 with CD Olimpia of Honduras. On the other side of the ball, Saprissa MF Jimmy Marin will try to lift his second SCL trophy after having won the tournament in 2018 with Herediano of Costa Rica.

Winning the 2018 SCL was particularly sweet for Marin, who scored the series-winning goal in the 85’ of the second leg in Honduras against Honduran club Motagua. It is a feeling he hopes to experience again on Wednesday.

“I got to play a Final with Herediano. Playing the second leg in Honduras in front of a full stadium was nerve-wracking, but I got to score the winning goal and the truth is that right now I feel very motivated for being able to play another Final with Saprissa,” said Marin in an exclusive interview with Concacaf.com.

“They are wonderful matches to play. Matches that every player in this region wants to play. This is why you battle the entire season to reach this stage. You have to go out and enjoy it and take advantage of the opportunity. There is nothing better than raising that trophy. It is difficult to explain it, but that is what we are looking to do,” said Marin.

When he thinks back to that night in Honduras when he scored the goal that gave Herediano a 3-2 win, a wide smile creases Marin’s face as he recounts in full detail the build-up to the goal.

“At that moment things were very difficult. Motagua were on top of us, they had evened the series, they had us pegged back. It was a play in midfield that we were able to take advantage of. Jose Guillermo Ortiz gave me a good pass and when I passed it back to him, the only thing I thought about was running and closing out the play because I knew he was going to pass it back to me. When I scored the goal, I thought about nothing. My mind went blank. I couldn’t believe that I was scoring the winning goal in such a difficult place. The game was tough for us. I was so happy that day and it was a wonderful moment in my career,” said Marin.

Should it fall to him to deliver another moment of magic on Wednesday night, Marin says he will be ready.

“I’ve asked God to give me another chance. If I end up playing, I am going to give my best and try to help as best I can. If I get the chance to play another Final, I am going to be very happy and I will fight to be able to accomplish that,” said Marin.

Marin has been very prolific in the nine SCL matches that he has played, six with Herediano and three with Saprissa. The 23-year-old playmaker has four SCL goals, suggesting that there is just something about the SCL that brings out the best in Marin’s football.

“One as a player always aspires to play in international tournaments, going against the top teams in other countries, like teams from Honduras who are gifted physically, always well focused. They are matches that are seen by most of Central America, matches in which you can show what you have to then attract clubs from other countries. They are matches in which you always should take advantage of when you have the chance to play them,” said Marin.

As for the actual Final itself, Marin expects it to be a tight affair that will likely be decided by the thinnest of margins.

Marin also believes that when the final whistle has sounded, it will be Saprissa that has emerged victorious from that hard-fought Final.

“Yes, I see myself lifting the trophy, but first we have to play the match. We know it will be a tough match and if me and my teammates get the chance to be champions, I will celebrate it in a great way because we have suffered during this entire process. Sometimes it has been difficult for us, but we have always managed to rise above it and now that we have the opportunity to win another title we are going to go after it,” concluded Marin.