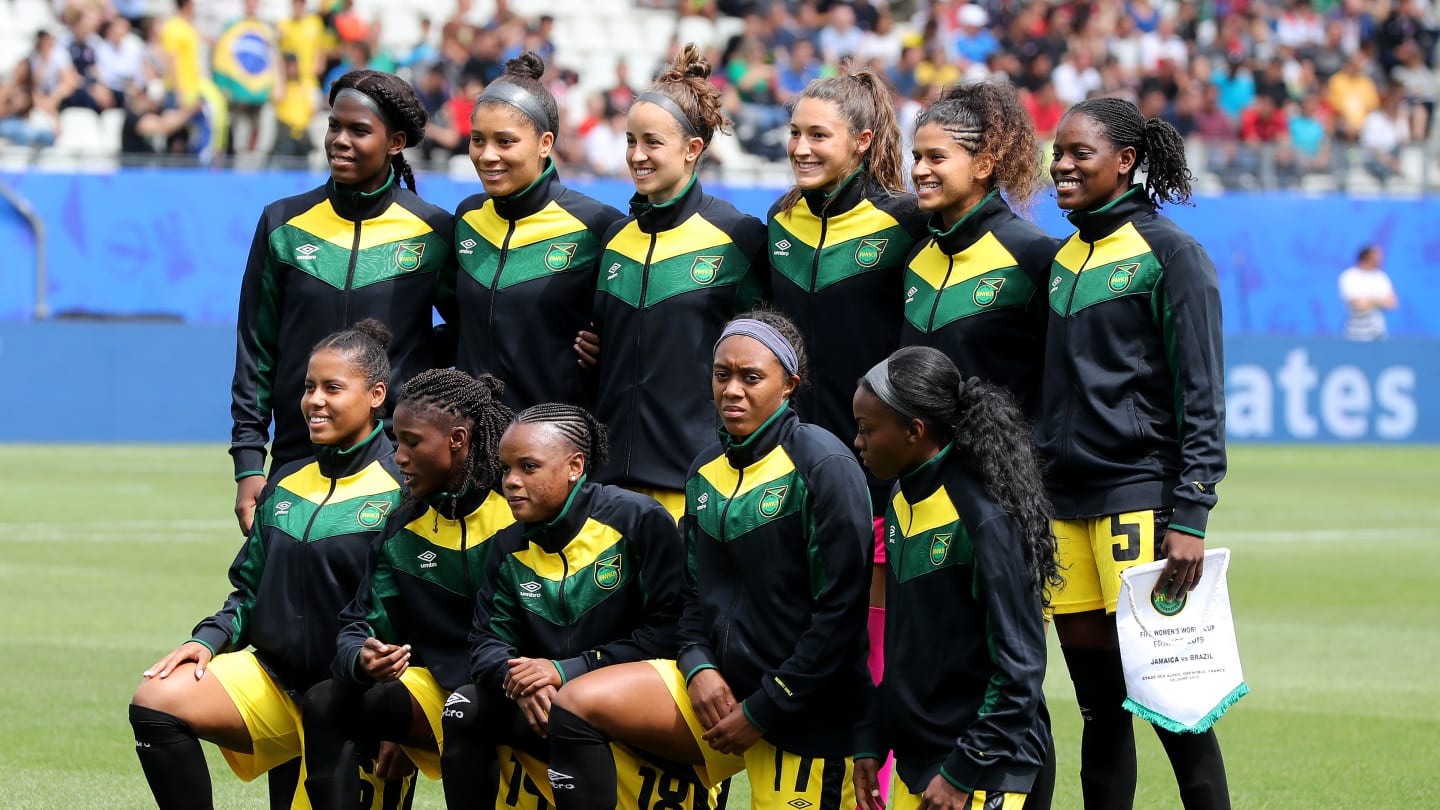 Jamaica women´s national team, gather for a photo before face-off Brazil at the FIFA World Cup on June 9, 2019, at the Stade des Alpes in Grenoble, France.

GRENOBLE, France --- Head coach Hue Menzies has managed to remain upbeat despite watching his Reggae Girlz go down 3-0 to Brazil in their opening Fifa Women’s World Cup Group C match at the Stade des Alpes in Grenoble on Sunday.

Jamaica, one of three Concacaf nations competing at the showpiece event, received a rude welcome to the tournament courtesy of a treble from Brazil’s Cristiane, who was on target in the 15th, 50th and 64th minutes.

The other countries representing the confederation in France are defending champions USA and Canada.

Menzies lamented, in the main, his team’s lack of authority in the defensive third and what he pointed to as the players’nerves performing on women’s football’s grandest stage for the first time.

But all of this, he claims, can be fixed going forward as Jamaica looks to take something away from the remaining Group C matches against Italy in Reims on June 14 and Australia four days later on a return to Grenoble.

“These are some good learning experiences for some of our younger players, and these are fixable things, so we are just going to go back to the drawing board and get these issues sorted out,” he said.

“Surprisingly some of our key players, especially our two center-backs (Konya Plummer and Allyson Swaby) didn’t have the stellar game that they usually have and we didn’t expect that, so we are going to have to sit down with them.

“We feel we just need a little bit more leadership in the back, but I think we learned a lesson as far as understanding that these players that we are playing against are very experienced and we are playing high-quality teams,” said Menzies.

While the talismanic Khadija “Bunny” Shaw showed only glimpses of her class, the coach is confident that the Bordeaux forward will come to bloom in due course on the World Cup stage.

“We haven’t seen the best of ‘Bunny’ Shaw, and we are going to push her a little bit more, and I do believe that she is going to respond to that.

“So we are just going to back and look at things and identify some of the areas that we need to fix, and then after that, just work on it in training and hopefully get over the mental issues we have right now,” said the US-based tactician.

Menzies paused to raise the proverbial toast to 19-year-old goalkeeper Sydney Schneider, who was in spectacular form all afternoon --- a penalty save among her repertoire of brilliant stops.

“Sydney saved us a lot, not just from embarrassment, but she was just there for us. When your goalkeeper is pulling things out, you have to respond to that, and hopefully what she has been doing can lift our team,” Menzies said.

In the other Group C match-up on Sunday, Italy, which is returning to the World Cup after a 20-year absence, stunned dark horses Australia in a come-from-behind 2-1 win in Valenciennes.

The Italians got their victory, thanks to a double from Juventus’ Barbara Bonansea, while Australia’s consolation came through one of the game’s biggest stars Sam Kerr in the first half.

Brazil leads the group on goal difference over Italy on three points, while Australia is third and Jamaica fourth, both without a point.