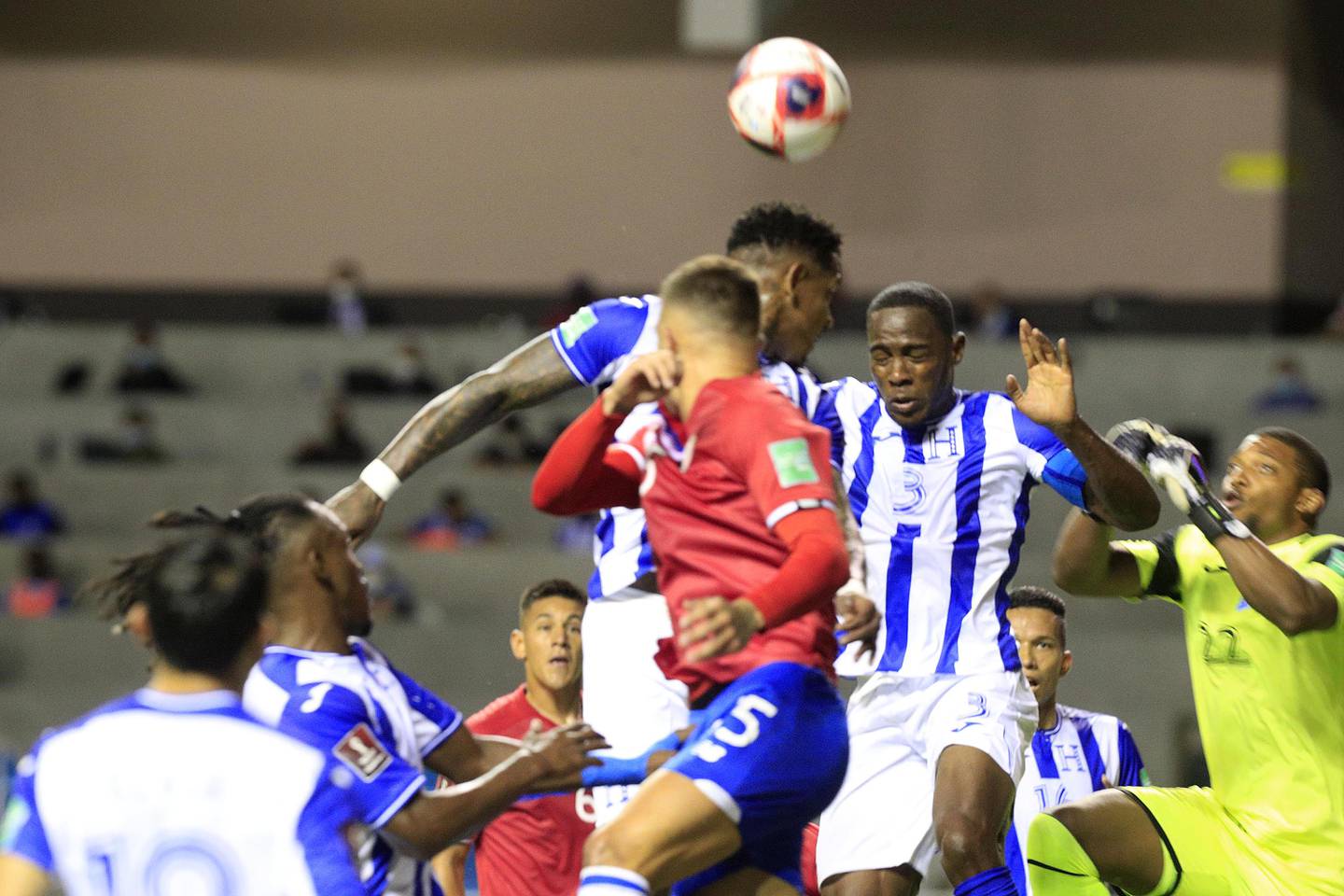 Francisco Calvo of Costa Rica # 15 seeks to head off Maynor Figueroa of Honduras in the Concacaf World Cup Qualifying for Qatar 2022 on November 16 2021, at the Estadio Nacional in San Jose.

SAN JOSE, Costa Rica.- A stoppage-time goal from Gerson Torres lifted Costa Rica to a critical 2-1 victory over Honduras in Concacaf World Cup Qualifying for Qatar 2022 on Tuesday at the Estadio Nacional in San Jose.

Costa Rica had the early edge in the 20th minute when Oscar Duarte nodded in a corner kick delivered by Joel Campbell with his left foot, beating Honduras GK Luis Lopez for a 1-0 Costa Rica advantage.

Honduras made sure to stay in the contest, however, and had its efforts rewarded with a 35th-minute goal from Romell Quioto, who got on the end of a ball over the top and scooted past Duarte, firing a right-footed shot past Costa Rica GK Keylor Navas to bring the score level 1-1.

There were nervous moments for both teams as they looked to leave with at least a point, with one of the best opportunities coming in the 75th minute when Honduras attacker Alberth Elis got loose and put in a cross that was set up for a tap-in before Costa Rica’s Keysher Fuller denied the opportunity.

The winning goal ultimately came in the 90+4’ courtesy of Torres, who used his first touch to head past Lopez off a Johan Venegas header across the goalmouth that reached the Herediano man.

When the teams return to qualification in January 2022, Costa Rica begins with a home contest against Panama, while Honduras also is at home, welcoming Canada.