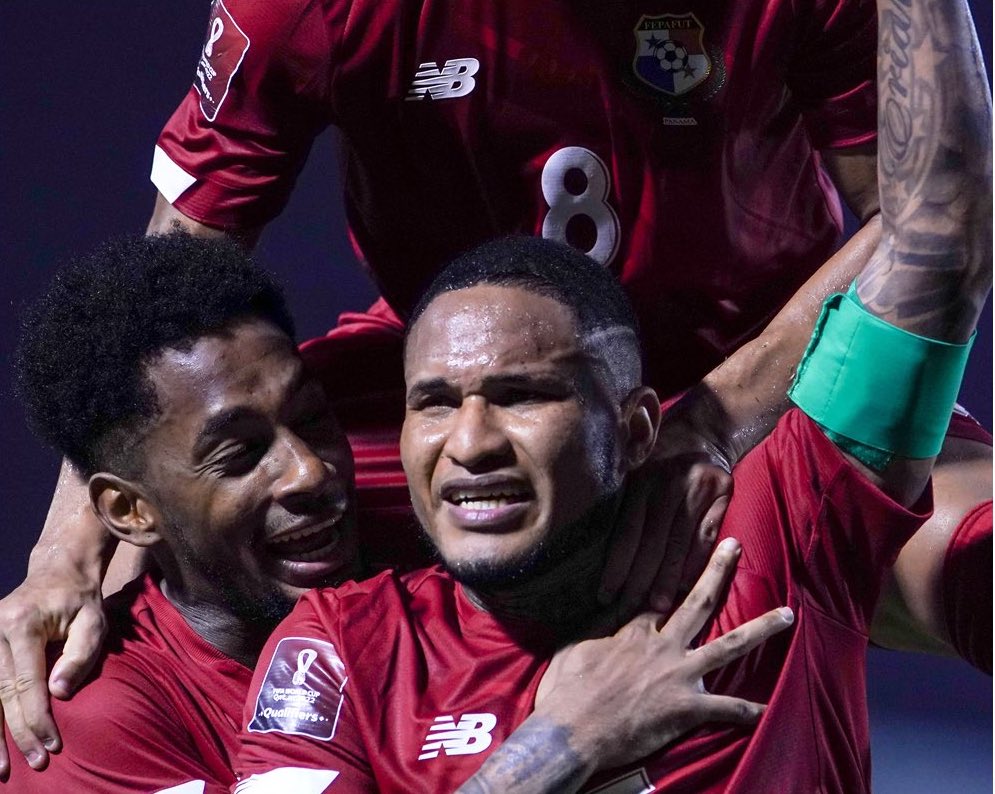 Eric Davis scored the winning goal for Panama against Honduras on November 12, 2021 at the Estadio Olimpico in San Pedro Sula, Honduras.

SAN PEDRO SULA, Honduras.- Panama scored three goals in an eight-minute span of the second half to rally from a two-goal deficit and earn a 3-2 victory over Honduras at the Estadio Olimpico Metropolitano in San Pedro Sula, spoiling the debut of new Honduras Head Coach Hernan Dario Gomez.

Honduras had the first lead of the Gomez era in the 30th minute when a ball from MF Omar Elvir found Alberth Elis, who beat Panama left back Eric Davis and sent a right-footed shot into the net for the first goal.

Brayan Moya doubled the lead for Honduras, 2-0, just before the hour mark when a clever ball from Kervin Arriaga set up the attacker for a chance in the box that Moya was able to convert.

But Panama found an answer beginning in the 78th minute, when Cecilio Waterman beat a pair of
Honduras defenders to a ball nodded forward by Jose Farjado, making it 2-1.

And just three minutes later, Panama was level 2-2, as substitute Omar Browne chipped a ball over the
top that found teammate Cesar Yanis, who beat Honduras GK Luis “Buba” Lopez for the goal.

Panama then found the winning score in the 86 th minute when Eric Davis hit a free kick through traffic that Lopez couldn’t stop, giving Panama a 3-2 advantage that it didn’t relinquish.

The win extends Panama’s undefeated streak against Honduras in World Cup qualification matches to
seven games, with Honduras’ last victory coming on May 7, 2000.

Honduras now travels to face Costa Rica in its next match, while Panama heads home to host El Salvador at the Estadio Rommel Fernandez.