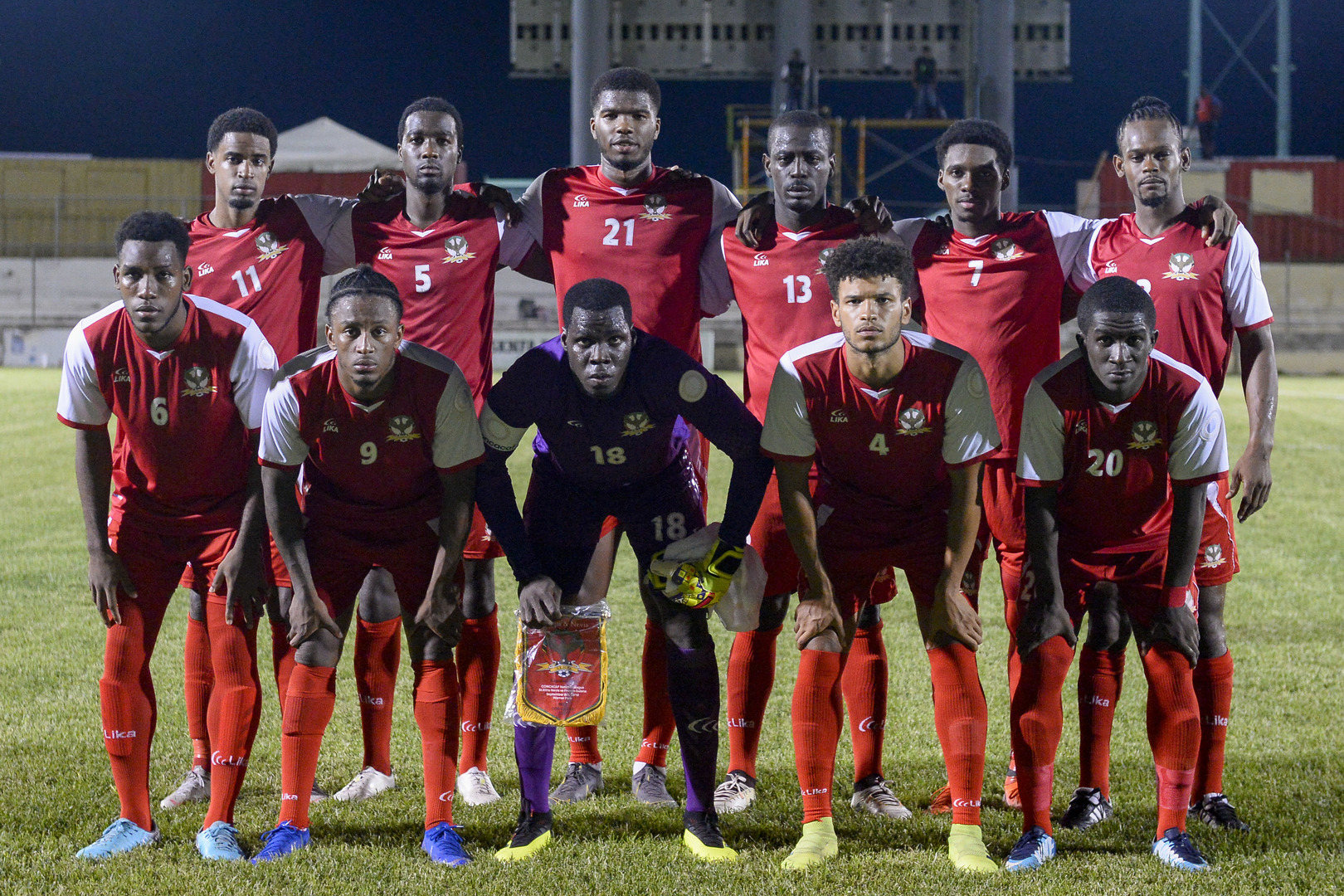 Saint Kitts and Nevis squad ahead of the Concacaf Nations League 2019 match against Belize.

MIAMI, Florida – The Second Round of Concacaf World Cup Qualifying for Qatar 2022 kicks off on Saturday with Saint Kitts and Nevis hosting El Salvador in the first leg of their two-legged series at Warner Park in Basseterre.

The Sugar Boyz have not been this close to the final round of CWCQ since Germany 2006 when they reached the Third Round.

A new generation of players is now looking to lift the Caribbean side to new heights after an impressive first-place finish in their group in the First Round in which they finished ahead of the likes of Trinidad and Tobago and Guyana.

A stingy defense that yielded just two goals in four games served as the bedrock, while Keithroy Freeman’s four goals provided a spark up top.

In El Salvador, the islanders can expect a very sturdy test. The Cuscatlecos are no strangers to this stage of WCQ and will be aiming to reach the final round of qualifying since South Africa 2010.

With 13 goals scored and just one conceded, El Salvador marched to a first-place finish in Group A, as David Rugamas led the way with six goals.

A positive result on Saturday would make for a more comfortable return leg at home for the Central Americans.