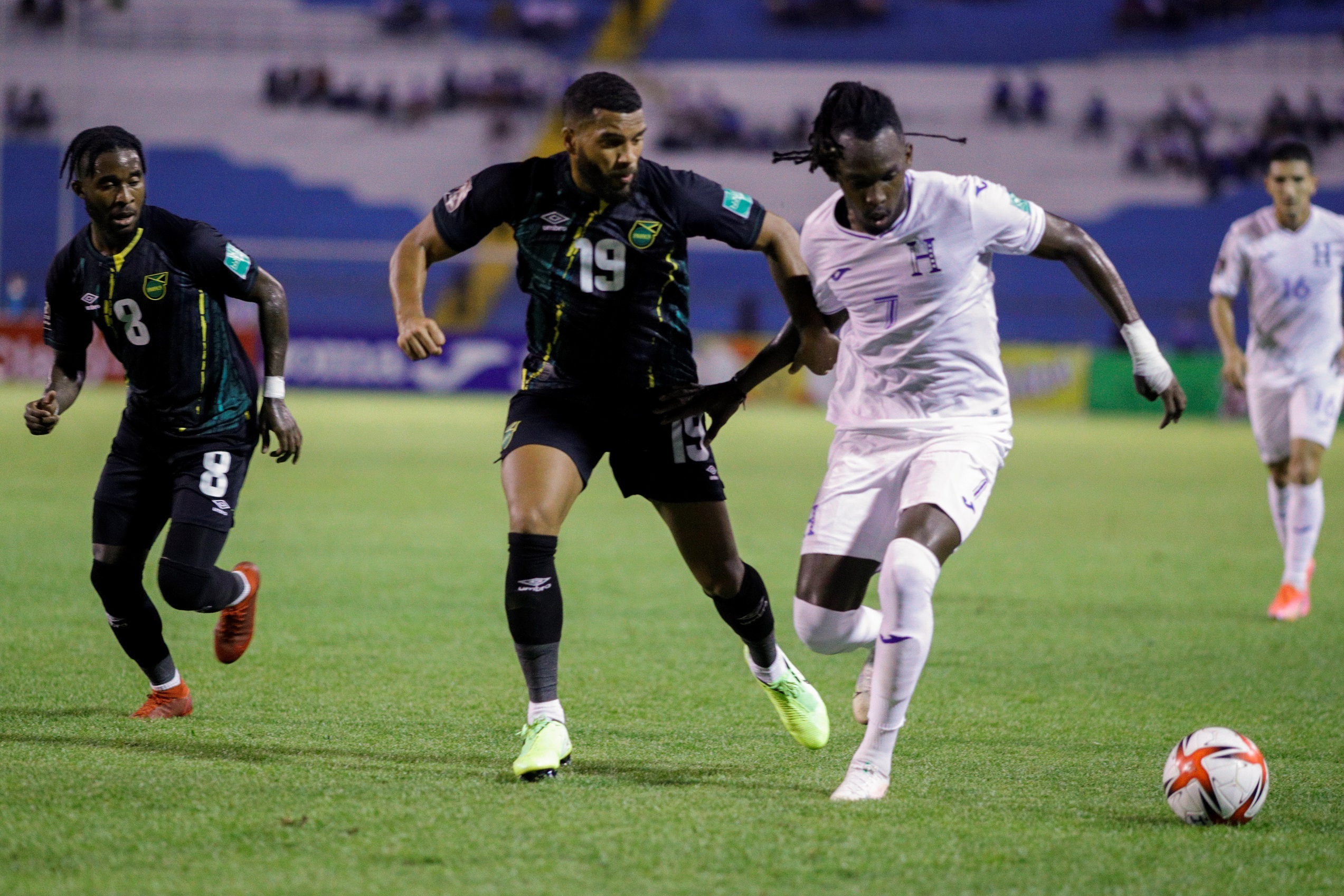 Adrian Mariappa (Left) of Jamaica and Alberth Elis of Honduras battle for possession during a Concacaf World Cup qualifier match at Estadio Olimpico, Honduras on October 13, 2021.

SAN PEDRO SULA, Honduras.- Jamaica beat Honduras on Honduran soil for the first time in Concacaf World Cup qualification history with goals on either side of the half, lifting the visitors to a 2-0 win at the Estadio Olimpico Metropolitano in San Pedro Sula.

It’s the Reggae Boyz’ first victory of the final round of World Cup qualification for Qatar 2022, taking the team to five points, while Honduras has three after six matchdays.

Honduras thought it may have had an opener in the 33rd minute when Jamaica GK Andre Blake initially failed to hold onto a long ball, before pouncing on it right as Angel Tejeda tried put a foot on it, keeping the scoreline at 0-0.

That changed shortly thereafter, though, as Kemar Roofe scored his debut Jamaica goal in the 38th minute by redirecting a shot from inside the box by Shamar Nicholson past Honduras GK Luis Lopez to make it 1-0 to Jamaica.

Honduras launched numbers forward in hopes of getting back on level terms in the second half, but Blake and the Jamaica defense would not break.

The Jamaican lead was then doubled in the 80th minute when a pass found onrushing fullback Oniel Fisher, who charged into the box and took a hard shot that beat Lopez to make it 2-0.

👉 ¡Goooooooooooooooool Jamaica! Oniel Fisher scores a magnificent right footed shot to score the second goal of the night for Jamaica!

Jamaica’s campaign to earn a spot in Qatar continues with a trip to El Salvador to open the November international window, while Honduras hosts Panama.