Pepi, Nicholson among first-time WCQ scorers in Final Round 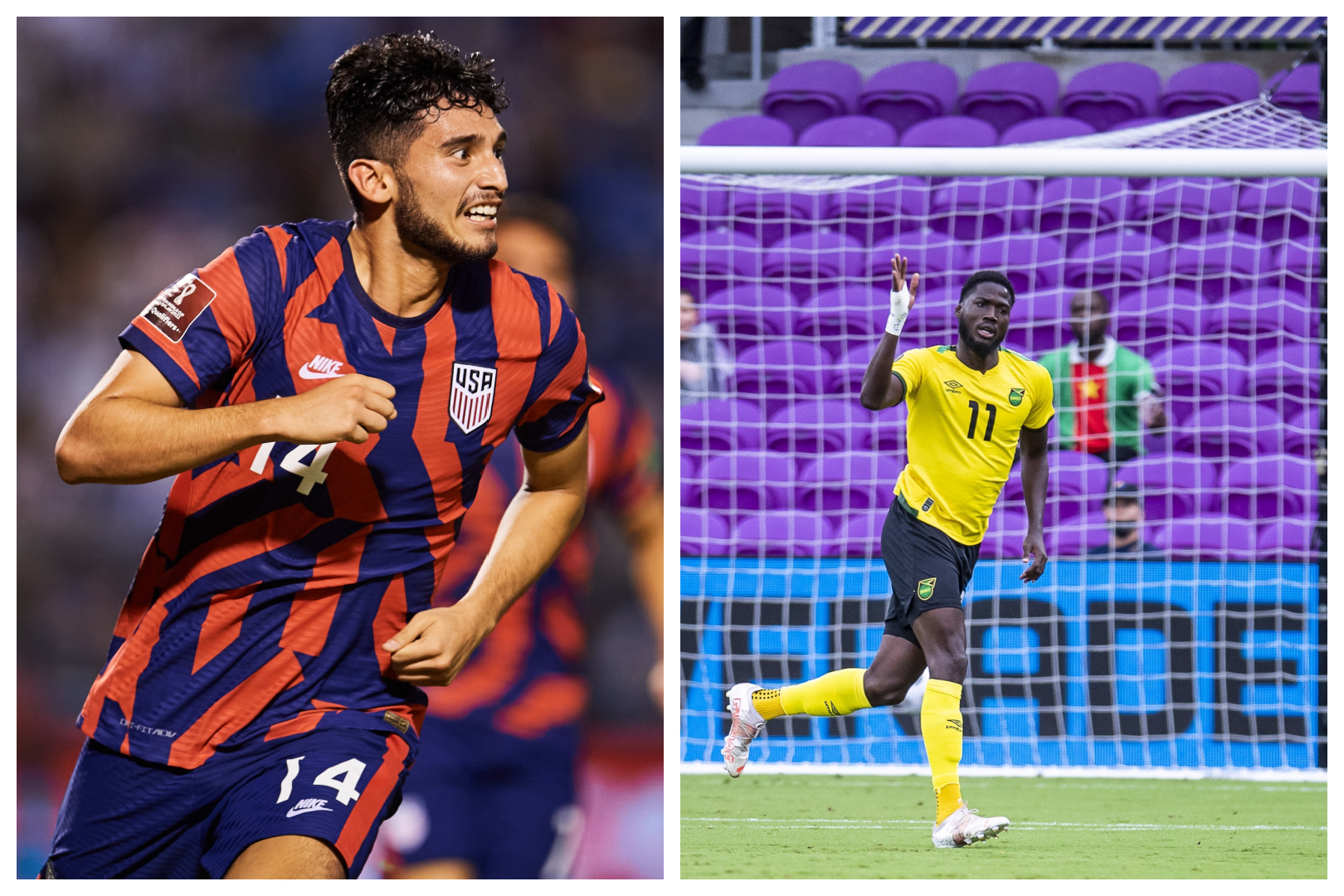 Ricardo Pepi (L) scored his first WCQ goal in the winning goal for the U.S. in their 4-1 comeback win at Honduras and Shamar Nicholson scored in the narrow 2-1 loss for the Reggae Boyz in their WCQ opener at Mexico.

Pepi, Nicholson among first-time WCQ scorers in Final Round

MIAMI, Florida – Five matches have been completed thus far in the Final Round of Concacaf World Cup Qualifying for Qatar 2022 and one of the major storylines has been the number of players scoring their first-ever WCQ goals.

For many of these players, those goals have come at critical moments.

Look no further than United States FW Ricardo Pepi, whose first WCQ goal was the winning goal for the U.S. in their 4-1 comeback win at Honduras. On top of that, it came in the Senior National Team debut for the 18-year-old FC Dallas man, who since has added another two goals to his overall tally in WCQ.

Pepi’s fellow attacker on the U.S. team, Brenden Aaronson, also carved out his first WCQ goal when he scored the lone U.S. goal in a 1-1 home draw against Canada. Aaronson now has two goals thus far in WCQ.

While Jamaica are still searching for their first win, they have gotten some very good production from FW Shamar Nicholson. After not factoring in the road to Russia 2018, the 24-year-old scored in the narrow 2-1 loss for the Reggae Boyz in their WCQ opener at Mexico, while also getting on the scoresheet to help Jamaica sure their first point in a 1-1 draw at Costa Rica.

Canada winger Tajon Buchanan, who starred at the 2021 Concacaf Gold Cup in taking home the Youth Player Award, found his first WCQ goal in his nation’s 3-0 defeat of El Salvador, while veteran Jonathan Osorio collected a first WCQ score amid one of the toughest atmospheres in the region, supplying the lone Canada goal in the 1-1 draw at Mexico in the Estadio Azteca.

Jimmy Marin of Costa Rica already has a decorated career at club level, winning the 2018 Scotiabank Concacaf League with Herediano, and now he has a WCQ goal under his belt after tallying the lone Tico goal in the 1-1 draw against Jamaica.

No team has scored more goals in the Final Round of WCQ than Mexico, with six of those coming from first-time goalscorers. It started in the September window with Alexis Vega and Henry Martin in the opening 2-1 win against Jamaica, followed by Orbelin Pineda’s penalty conversion in the 1-0 win at Costa Rica.

The October window saw Jorge Sanchez score a first WCQ goal in the 1-1 home draw against Canada before Sebastian Cordova and Rogelio Funes Mori did the same in the 3-0 win over Honduras.

Andres Andrade of Panama can also be included to the list when his first WCQ goal served as the winning score in the 3-0 win at Jamaica.

With other players like Brayan Moya of Honduras and Jairo Henriquez of El Salvador scoring in WCQ for the first time in their careers, it is safe to say that the Final Round of Concacaf WCQ for Qatar 2022 has thus far belonged to players making their first foray in the road to a FIFA World Cup.