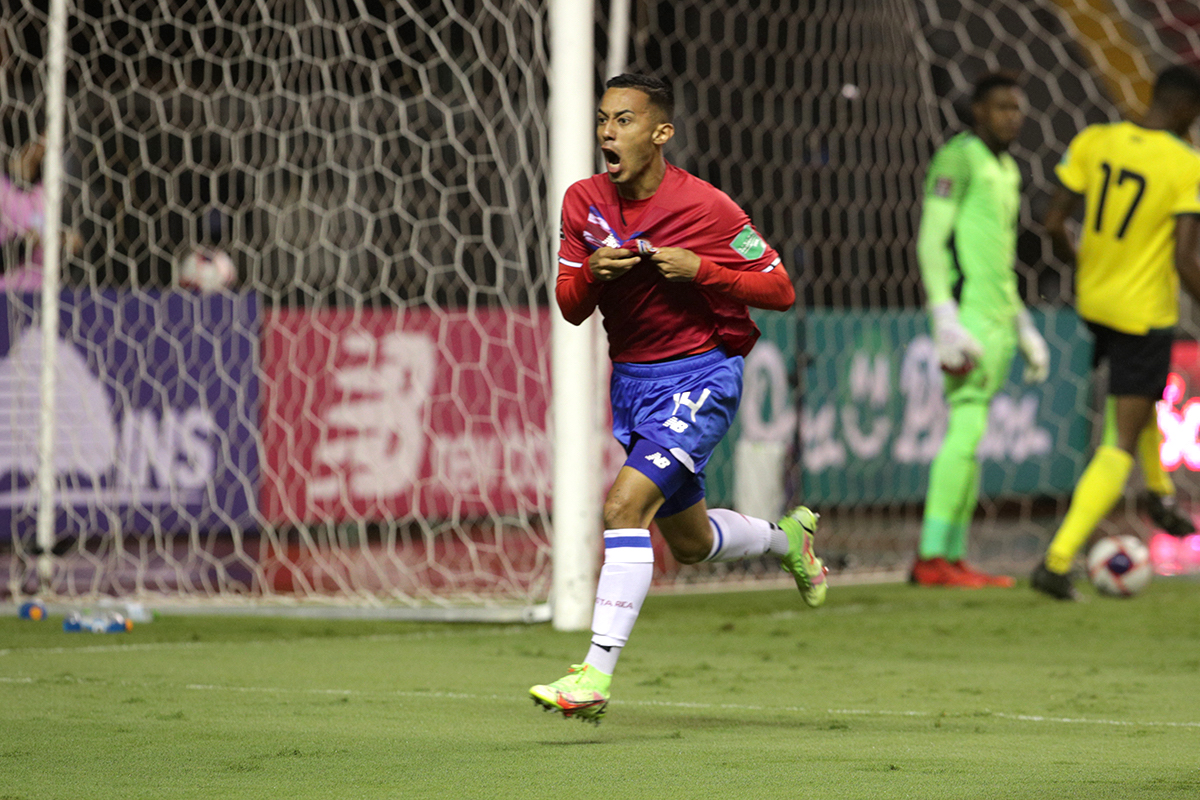 SAN JOSE, Costa Rica. - Costa Rica went ahead early, but Jamaica found an answer to force the teams to split a point in a 1-1 draw Wednesday at the Estadio Nacional in San Jose, Costa Rica.

Costa Rica took the lead in the third minute when Bryan Ruiz weighed up a beautiful ball for Jonathan Moya on the back post. The attacker Moya spotted Jimmy Marin making a run and used his head to set Marin up for an easy shot over the line, with Jamaica GK Andre Blake still working to defend a potential shot from Moya on the post.

Yet, Jamaica was able to find an equalizer just after the halftime break. Left back Kemar Lawrence got into the final third with the ball and plenty of space in the 47th minute and teed up a cross for Shamar Nicholson. Nicholson didn’t hit his header entirely cleanly, but that seemed to flummox goalkeeper Keylor Navas, and Nicholson was off to celebrate his second goal of World Cup qualification.

Costa Rica was on the break again in the 68th minute, with Marin breaking free, but his touch took him too wide and Jamaica was able to recover from the danger.

There was danger on Navas’ net in the 87th minute, with the former Concacaf Goalkeeper of the Year making a pair of interventions, including using his legs to sweep away a ball that Javon East was attempting to control in the box.

It’s the first point Jamaica has earned in qualification, with the Reggae Boyz set to look for more points in October when they travel to face the U.S.

Costa Rica’s first match of the October window is away to Honduras and the Ticos will look to add to the pair of points they amassed in September.