Mexico stay atop the WCQ table with win at El Salvador 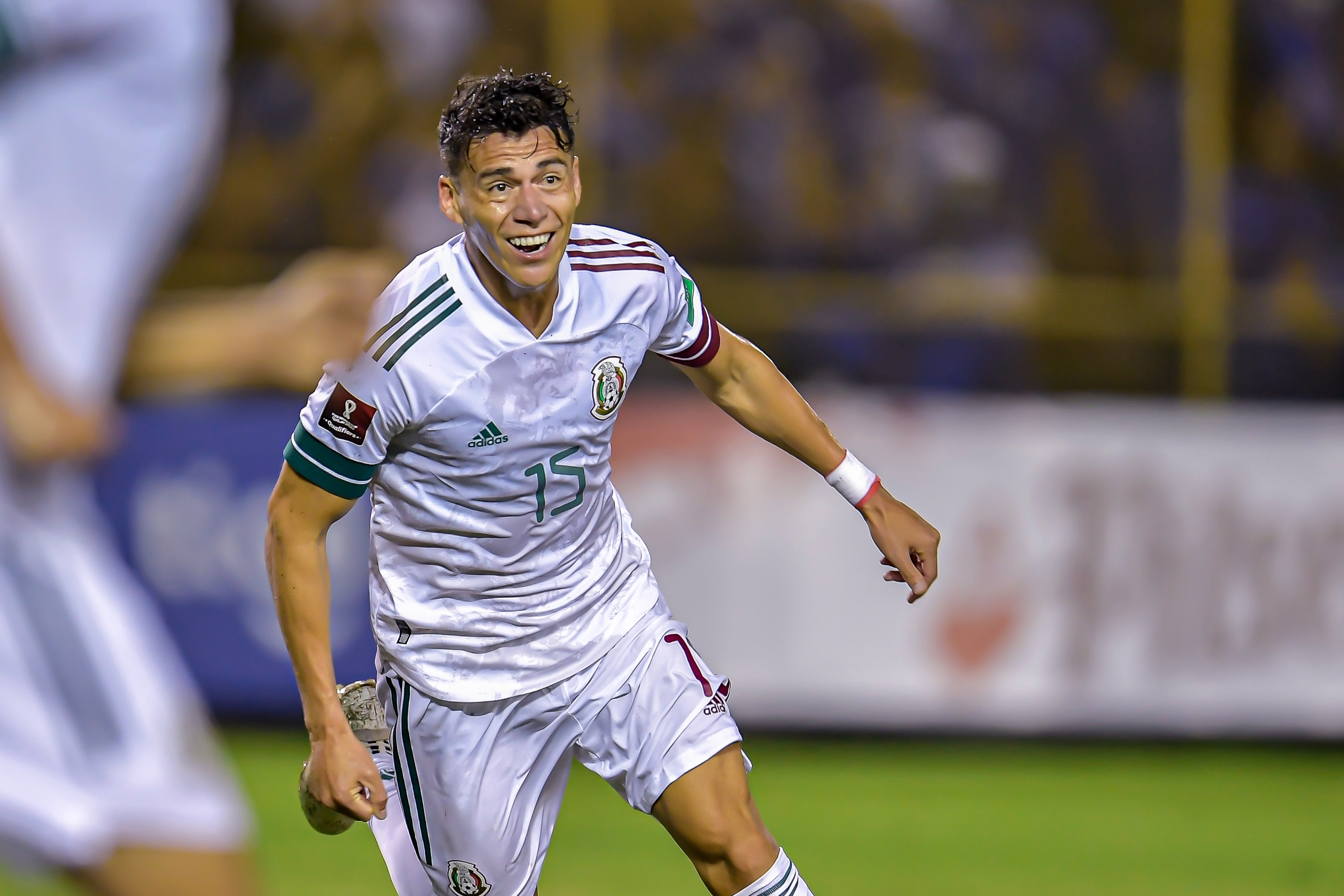 Hector Moreno of Mexico celebrates after scoring their team first goal during a Concacaf Wolrd Cup qualifiers match between México and El Salvador at Estadio Cuscatlan on October 13, 2021. (Photos by Mexsport/ Concacaf)

Mexico stay atop the WCQ table with win at El Salvador

The victory keeps Mexico atop the eight-team table with 14 points from six matches, while El Salvador sits on five.

Mexico found the opening goal in the 31 st minute when Hector Moreno headed in a goal from a corner kick hit by Jesus Corona, who had entered the game as a substitute for the injured Alexis Vega.

Remarkably, it was the third time that Moreno had scored in World Cup qualification at the Estadio Cuscatlan, having also scored in Mexico victories at El Salvador on the roads to Brazil 2014 and Russia 2018.

Already lean on center backs entering the match, El Salvador lost another in the 48th minute when Mario Jacobo saw a direct red card for a tackle just outside the box on Mexico FW Rogelio Funes Mori. Mexico’s man advantage wouldn’t last long, though. After getting his name in the referee’s book in the 56th minute, El Tricolor center back Nestor Araujo saw a second yellow in the 67th, leading to a sending off, meaning the teams would finish 10 versus 10.

El Salvador pushed for an equalizer, but Mexico FW Raul Jimenez, who came off the bench in the 63rd minute, would finish things off by winning a penalty in stoppage time and converting it himself to polish off the 2-0 victory.

Mexico’s next match keeps it on the road when it opens November’s FIFA date with a trip to face rivals United States. El Salvador has another contest at the Estadio Cuscatlan, hosting Jamaica. 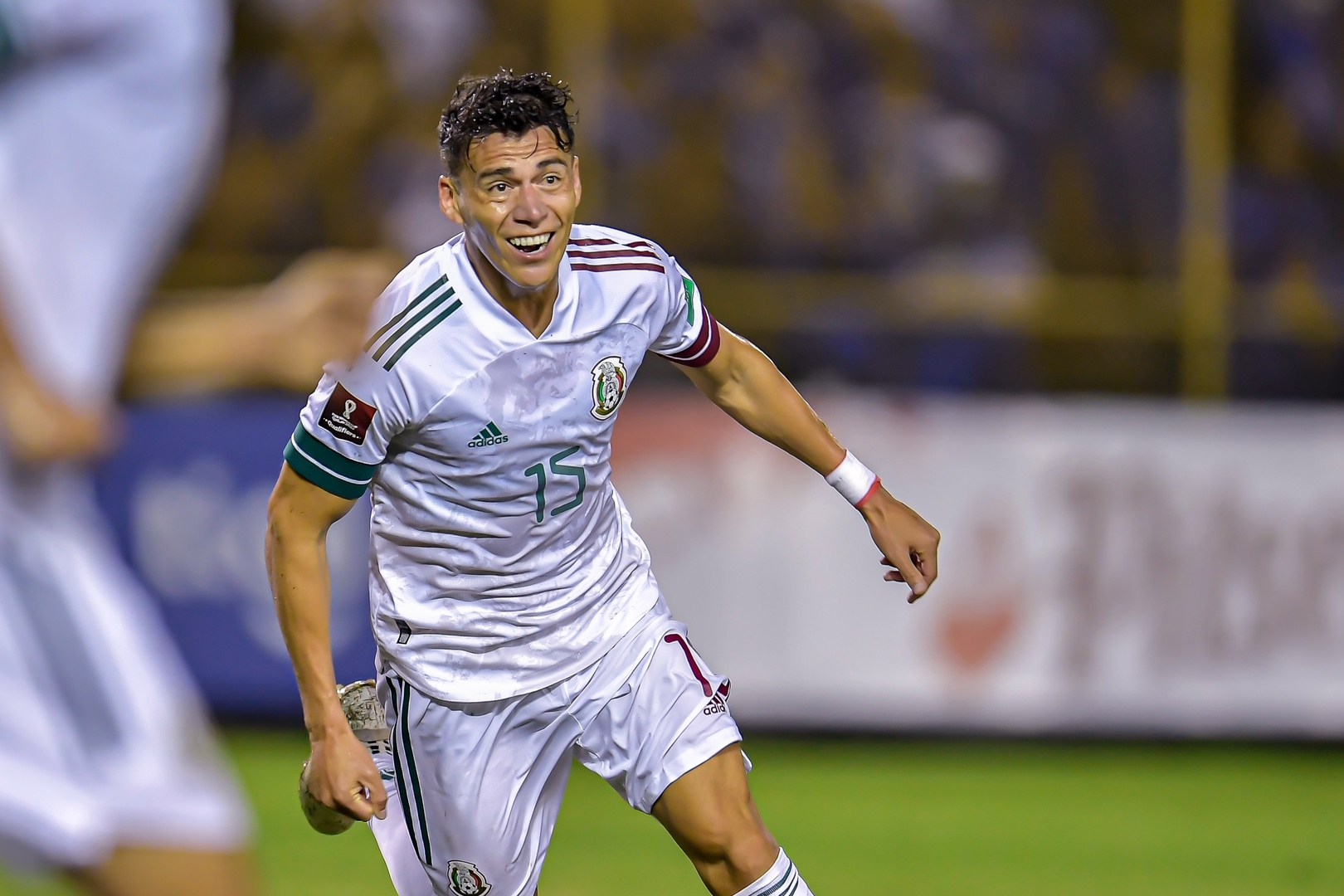 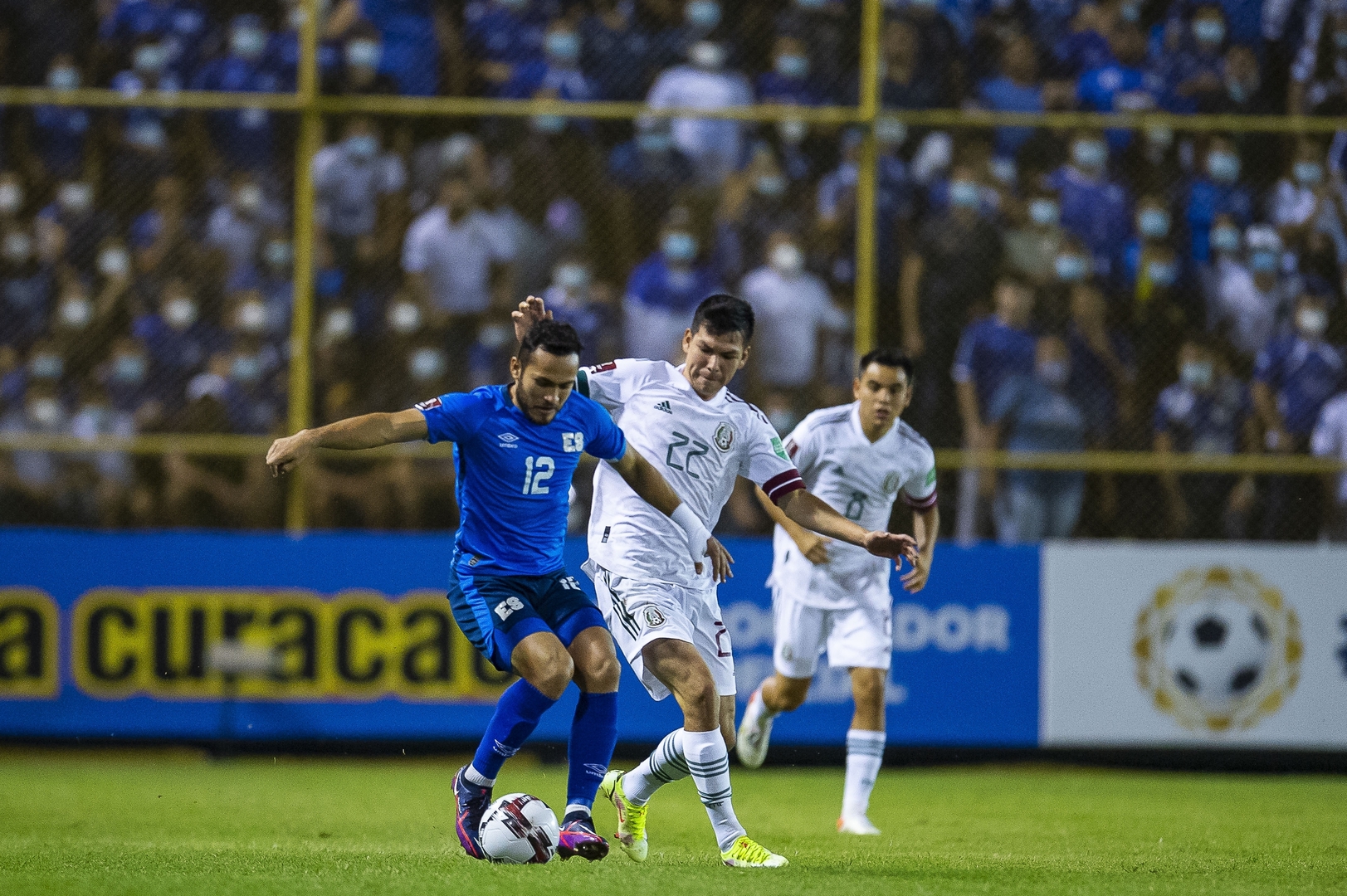 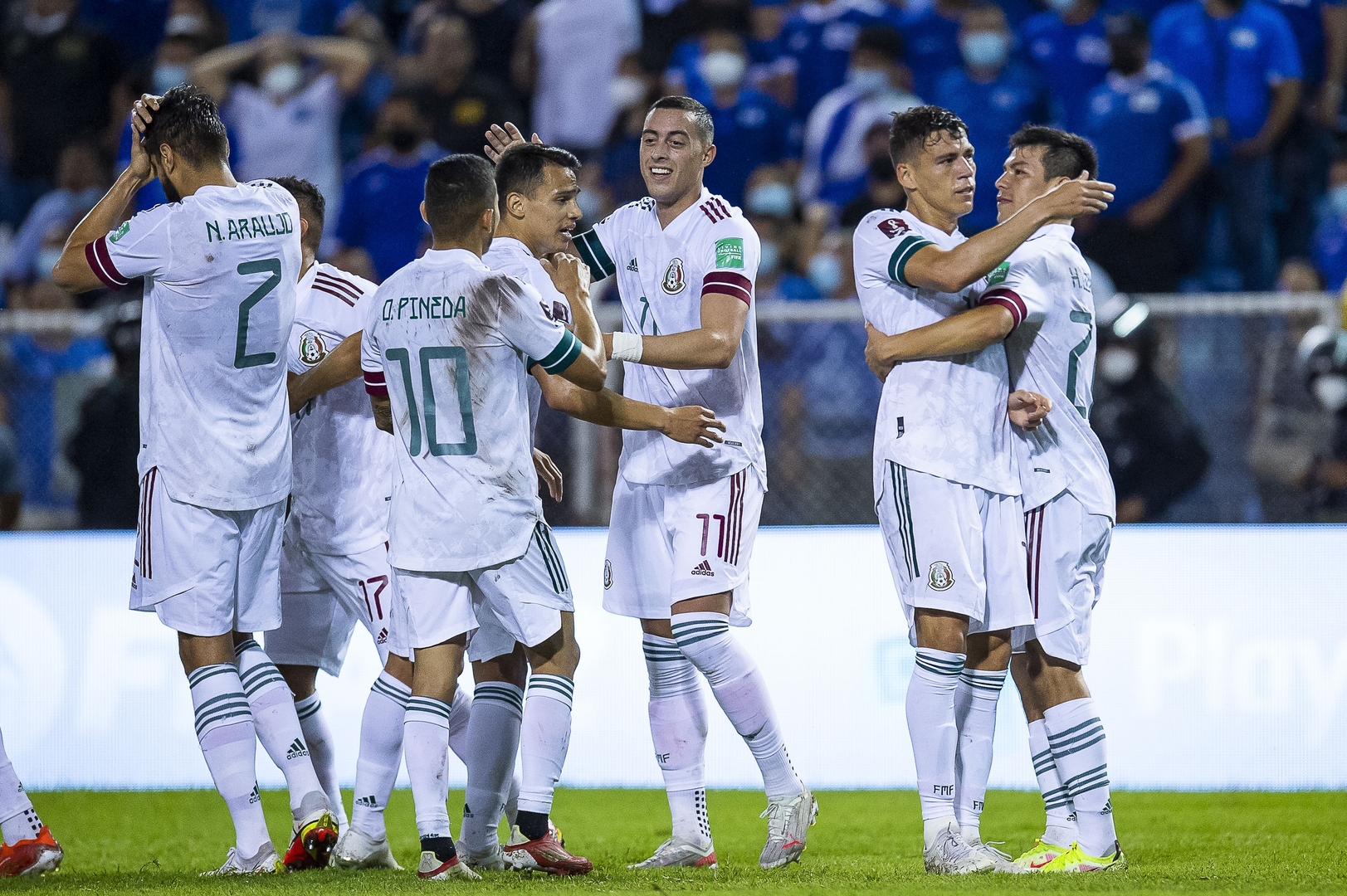 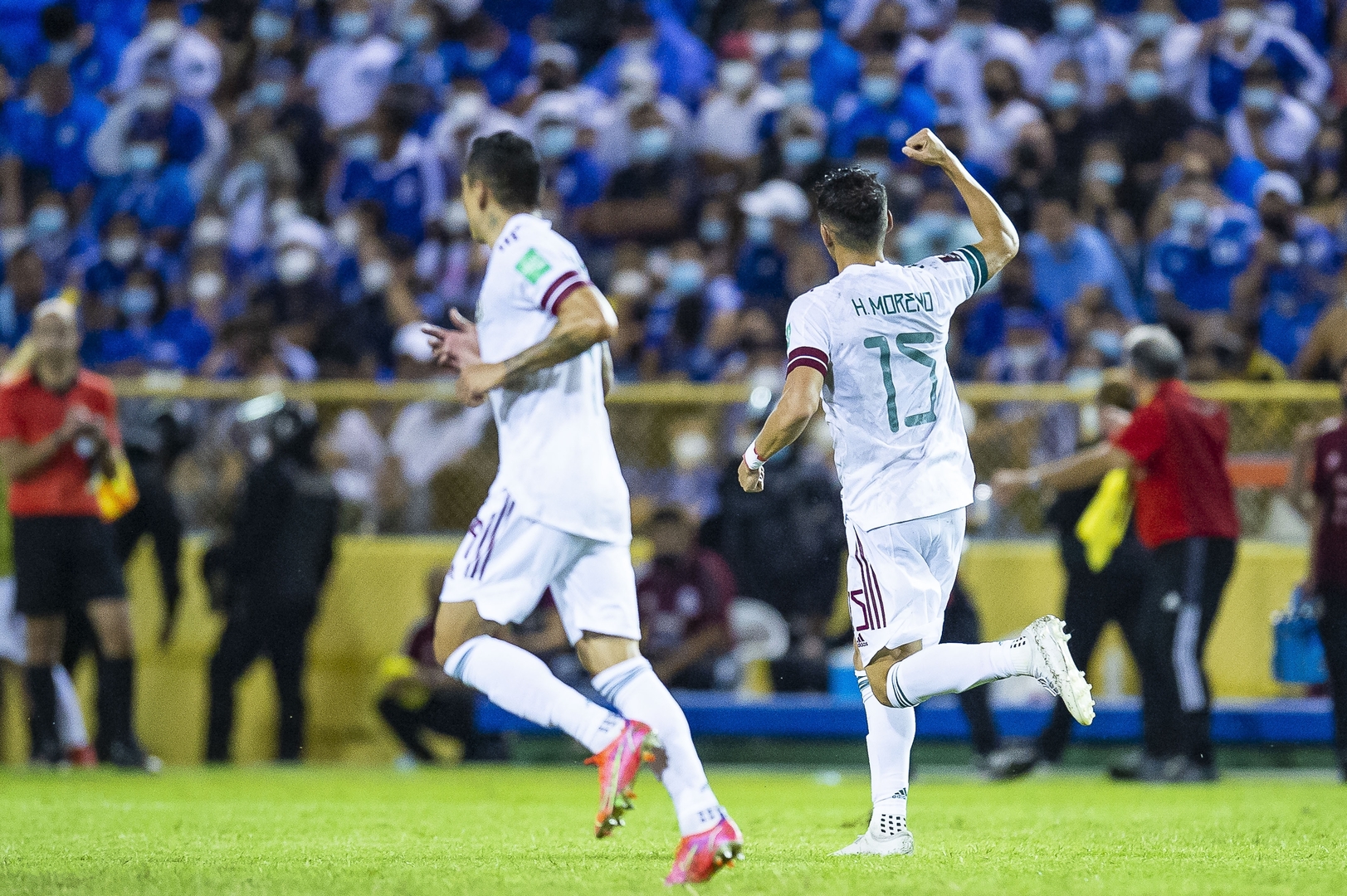