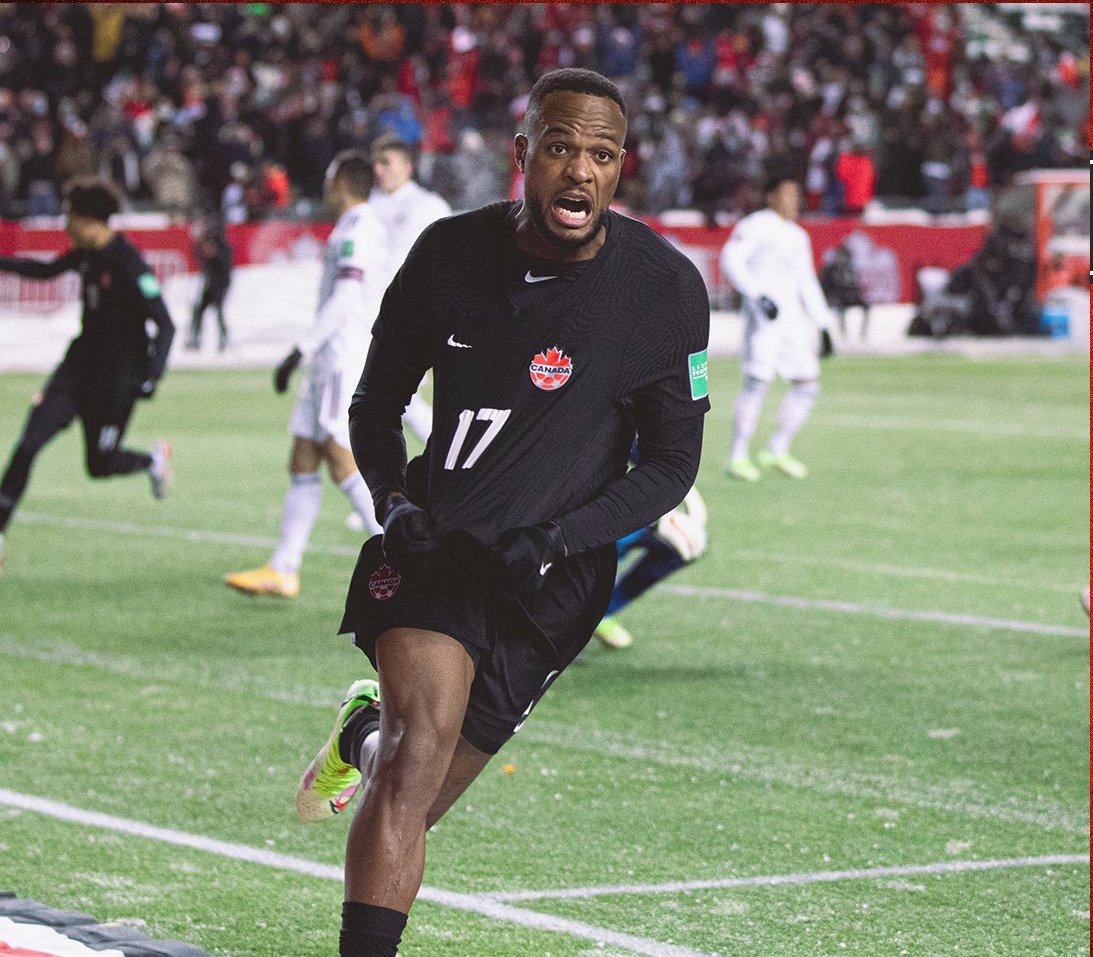 Cyle Larin scored a brace to propelled Canada to its first win against Mexico in World Cup qualification in more than 45 years on November 16 2021, at Commonwealth Stadium in Edmonton

EDMONTON, Canada .-  A double from Cyle Larin propelled Canada to its first win against Mexico in World Cup qualification in more than 45 years on Tuesday at Commonwealth Stadium in Edmonton.

Canada topped El Tricolor 2-1 for its second-ever win over Mexico in qualification and first since a goal from Les Parsons on October 10, 1976 helped Canada to a 1-0 victory in a match that served as part of qualification for the 1978 World Cup in Argentina.

Mexico avoided defeat in each of the next 16 meetings, including a 1-1 draw last month at the Estadio Azteca, until Tuesday night’s result.

Larin put Canada in front, 1-0, in stoppage time of the first half when Canada DF Alistair Johnston tried a long shot that brought Mexico GK Guillermo Ochoa into action. The veteran shot-stopper spilled the rebound, however, and Larin was all too happy to run onto it and finish with his right foot.
The second goal came on a set piece, with Stephen Eustaquio lofting a ball to the back post where Larin raised his right leg once again and redirected the shot past Ochoa to double the lead 2-0.
Mexico looked to charge back and they halved the deficit to 2-1 when Jorge Sanchez played in Jesus “Tecatito” Corona in the 90th minute, and Hector Herrera flew through the box to head in the cross.

Mexico continued to look for the equalizer in the dying moments, but Canada GK Milan Borjan denied stoppage-time shots from Sanchez and Sebastian Cordova to secure the historic triumph.

The win means Canada stayed undefeated through the first eight matches in the final round of World Cup qualification and ends the year atop the table with 16 points. The Reds return to action in January with a trip to Honduras, while Mexico travels to Kingston to meet Jamaica.