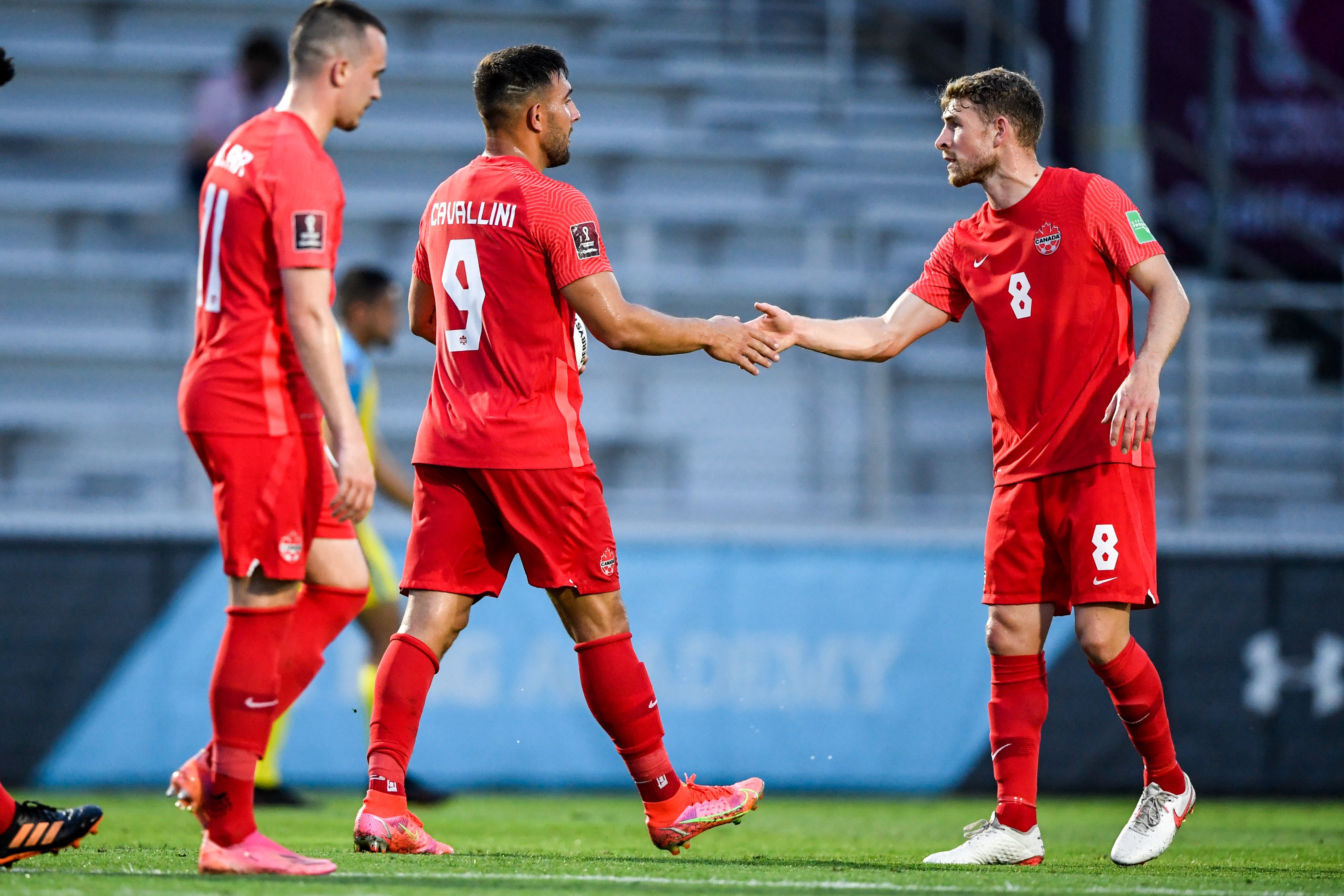 MIAMI, Florida – The penultimate day of the first round FIFA World Cup qualification in the Concacaf region sets the stage for a thrilling final day of the stage on Tuesday.

Haiti needed all three points from its visit to the Turks and Caicos Islands and found it with an emphatic 10-0 win. While TCA kept Haiti off the board for the first 27 minutes, Duckens Nazon got in a groove and quickly changed the game, scoring four goals in 10 minutes with strikes in the 27th, 30th, 34th and 37th minute before Carnejy Antonie added a fifth before halftime.

TCA manager Omar Edwards tried a goalkeeper switch for the second half, but Sebastian Turbyfield couldn’t stop the powerful Haitian attack, with Jeppe Simonsen scoring a sixth in the 53rd minute. Substitute forward Frantzdy Pierrot found a second-half hat trick with goals in the 75th minute, 88th minute and three minutes into stoppage time before Antoine notched a second.

Haiti now tops Group E and would advance to the second round with a win or draw against Nicaragua on Tuesday, while the Central Americas need to get a win in Port-au-Prince.

In Group C, Curacao went to the top of the table with a 8-0 victory over the British Virgin Islands in Guatemala City. Michael Maria and Charlison Benschop both scored first-half braces with contributions from Leandro Bacuna on a lovely breakaway that resulted in four Curacao attackers in the box without defenders, and Brandley Kuwas also scoring in the first half. With Guatemala topping the group based on goal difference, Kenji Gorre scored in the 57th minute and again in the 90th to confirm the Caribbean country would top the group ahead of Tuesday’s showdown against the Chapines.

A draw in the Bahamas means Trinidad and Tobago won’t have a decisive match of its own next week. Neither team could make the net move in Nassau, with Trinidad and Tobago unable to beat 18-year-old Bahamas goalkeeper Ian Lowe. Long-time Bahamas forward Lesly St. Fleur had the best attacking chance for his team, but also was active tracking back, making a number of recoveries, interceptions and clearances in his own third as the Baha Boyz maintained the clean sheet.

The result means Saint Kitts and Nevis moves into the second round of qualification, no matter what happens in Tuesday’s match with Trinidad and Tobago.

El Salvador will have a match full of meaning in Group A on Tuesday after beating the U.S. Virgin Islands by a 7-0 scoreline in Upper Bethlehem, U.S. Virgin Islands. La Selecta captain Marvin Monterroza’s lovely goal, hitting a cross with his first touch in the box, opened the scoring in the 23rd minute before Juan Carlos Portillo knocked home the second on a low cross from Nelson Bonilla just after the half-hour mark.

It seemed that would be all the goals the game had in it until David Rugamas scored in the 77th minute and Josh Perez followed that up with a goal from outside the box just a minute later. Rugamas went on to complete his hat trick, while Monterroza also added a second.

El Salvador hosts Antigua and Barbuda on Tuesday and the winner from that match, if there is one, will move into the second round.

Canada and Suriname meet on Tuesday to decide Group B after Canada topped Aruba, 7-0. Lucas Cavallini had a pair of goals, Junior Hoilett converted from the penalty spot before coming out injured as a substitute, and in the second half, substitutes Zachary Brault-Guillard, Alphonso Davies, Cyle Larin and Jonathan David all found the back of the net.

Panama also accomplished its task, beating Anguilla, 13-0, in Group D. Armando Cooper opened the scoring with the first two goals of the game, but Gabriel Torres led the way with four goals for the Central American side. Jorman Aguilar, Cecilio Waterman, Miguel Camargo Jair Catuy, Alberto Quintero and Francisco Palacios all chipped in as well, with Panama also benefiting from an own goal.

Panama now hosts the group decider against the Dominican Republic on Tuesday.