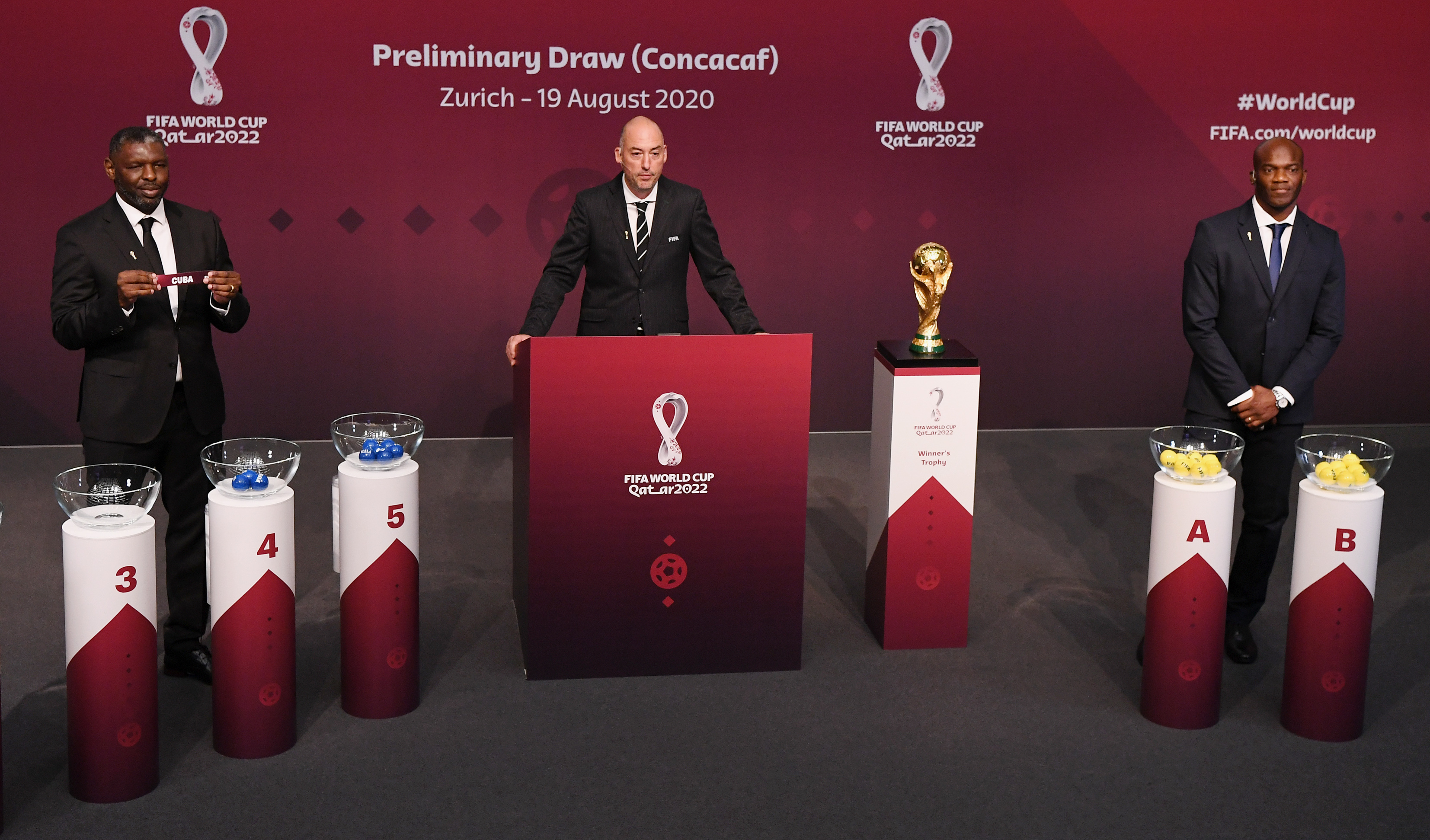 MIAMI, Florida – This Wednesday, the Draw for the First Round of Concacaf World Cup Qualifying for Qatar 2022 was completed, revealing a number of exciting match-ups among the 30 teams in the First Round.

There will be no shortage of excitement in Group A with the top seeded teams in Pots 1, 2 and 3 all drawn into the group.

El Salvador boast experienced players like MF Marvin Monterroza and GK Henry Hernandez, but they will have their fair share of challenges against four Caribbean sides. Antigua and Barbuda are no strangers to Concacaf WCQ success, having reached the Third Round in qualifying for Brazil 2014. Grenada boast one of the best FWs in the First Round in Jamal Charles, who scored six goals in six matches during the 2019-20 Concacaf Nations League.

Meanwhile, the battle between El Salvador and Montserrat will mark the fourth meeting between the two sides since the opening week of Concacaf Nations League Qualifying in September 2018. The Cuscatlecos have won all three previous meetings, but twice by just a single goal.

The U.S. Virgin Islands will also fancy their chances of making some noise under the guidance of new Head Coach Gilberto Damiano.

Some of the best young talent in the Concacaf region will be on display in Group B, headlined by Canada and Bayern Munich left back Alphonso Davies. The Canadians are also bolstered by FW Jonathan David, who recently was transferred to French club Lille and won the 2019 Concacaf Golden Boot with seven goals.

Suriname have plenty of promise as well in the form of Gleofilo Vlijter. Not only did the 20-year-old top the League B scoring chart in the 2019-20 CNL with 10 goals, but that was good enough to rank first among all three Leagues.

Bermuda will also be keen to show that their qualification for the 2019 Concacaf Gold Cup was a sign of things to come. After earning their first ever Gold Cup win over Nicaragua, Bermuda will turn their attention to Concacaf WCQ.

Also in the mix is a Cayman Islands side that is on the rise after picking up four wins in their CNL campaign in League C and narrowly missing out on promotion to League B. Rounding out the group is Aruba, who will try to replicate the form they showed to start CNLQ when they posted a win over Bermuda and a draw with Guadeloupe.

After making waves at the 2019 Gold Cup by reaching the quarterfinals and then finishing second in Group D in League A of the CNL, Curacao will look to set off similar fireworks in WCQ. Head Coach Remko Bicentini’s men have become one of the most feared teams in the Caribbean, but they will still have their hands full in Group C.

Guatemala is another team on the rise after their perfect CNL campaign in which they went 4W-0D-0L and outscored opponents 25-0. With a mix of young players and veterans like captain and DF Carlos Gallardo, the Chapines have every reason to believe that they can earn a place in the next round.

Saint Vincent and the Grenadines also have history of making deep runs in Concacaf WCQ and a strong 3W-2D-1L record from the CNL will give Vincy Heat the confidence that they can reach the Second Round. While the 2019 Gold Cup and 2019-20 CNL ended without a win for Cuba, the Caribbean nation still possess the talent to go toe-to-toe with anyone in the region

The British Virgin Islands, led by 18-year-old FW Tyler Forbes, will look to rekindle the same fighting spirit they displayed in CNLQ when they earned a draw with Turks and Caicos Islands.

After qualifying for their first ever FIFA World Cup for Russia 2018, Panama’s journey for a second straight World Cup begins in Group D. While many of Panama’s golden generation have hung up their boots, like FW Blas Perez and GK Jaime Penedo, there are still the likes of FW Gabriel Torres in the mix and hungry to lead Panama back to the tournament.

Among the challengers will be the Dominican Republic, fresh off a solid campaign in League B in the 2019-20 CNL and led by new Head Coach Jacques Passy. Barbados’ first-place finish in Group A of League C will have the injected the Bajan Tridents with some confidence, while a defensively solid Dominica side that conceded just five goals in CNLQ will try to keep their opponents at bay.

Capping the group is Anguilla, another island nation looking to improve every time they on the field. A 1-1 draw with Bahamas in CNLQ is proof that Anguilla have the tools to compete.

Haiti were the revelation of the 2019 Gold Cup, as they earned three comeback victories on their way to a first ever Gold Cup semifinal appearance. Their CNL campaign in League A ended in frustrating fashion with just a point, but a group led by FW Duckens Nazon is still intact.

Haiti will find a familiar foe in Nicaragua. As part of their Gold Cup run, Les Grenadiers downed the Pinoleros 2-0 in the group stage. Nicaragua would love nothing more than to return the favor and rekindle the form they showed in their 4-3 aggregate victory over Haiti in the 2017 Gold Cup playoff.

Belize are also back and will once again be relying on goal-scorer Deon McCaulay, who has 26 international goals and tied Luis Suarez and Robin van Persie for the worldwide scoring lead in WCQ for Brazil 2014 (11 goals). While Saint Lucia finished fourth in their group in League B of the CNL, they islanders were a tough foe both home and away and will look to display a similar form in Group E. It would also be foolish to discount a Turks and Caicos Islands side that posted two wins in their League C group and are bolstered by one of the best strikers in the Caribbean in Billy Forbes.

In Group F, Trinidad and Tobago will be looking to rebound from a tough 2019 by using a new generation of players hungry to return the Soca Warriors to their first World Cup since Germany 2006.

Trinidad and Tobago will have the difficult task of facing four other Caribbean sides, including Saint Kitts and Nevis, who fought bravely in League B of the CNL before being relegated to League C with a 1W-2D-3L record.  There will also be a rematch from the 2019 Gold Cup when Trinidad and Tobago tangle with Guyana. The Golden Jaguars impressed in a 1-1 draw with Trinidad and Tobago, which they then followed with a solid 3W-1D-2L record in the CNL in League B.