Defenses shine as Jamaica and Canada battle to draw 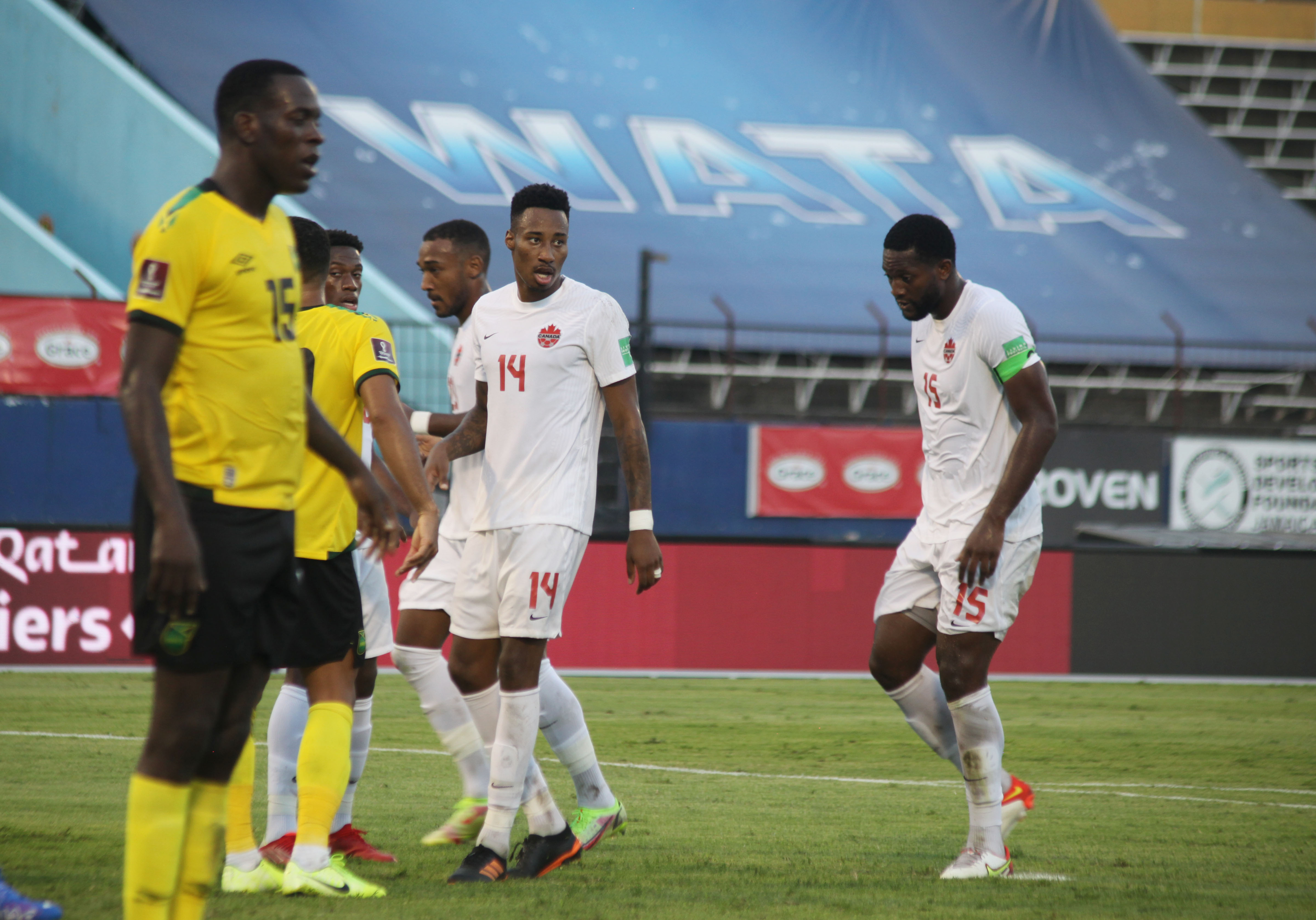 Action between Jamaica and Canada in the Concacaf FIFA World Cup qualifiers on October 10, 2021 at Independence Park in Kingston, Jamaica. (Photos: Canada Soccer)

Defenses shine as Jamaica and Canada battle to draw

KINGSTON, Jamaica.- A scoreless draw between Jamaica and Canada on Sunday at Independence Park in Kingston took Jamaica to a pair of points thus far in the final round of World Cup qualification, while Canada earned its second consecutive away draw and now sits on seven points.

After an even first half, things heated up in the second 45 minutes. Canada had a chance just after the ball started rolling again, before a Jamaica free kick in the 50th minute taken by Kemar Lawrence was met by Junior Flemmings, who hit the post with a header.

In the 80th minute, Jamaica’s Kemar Roofe led a counter-attack and tried his luck from outside the box with a strong right-footed effort, but narrowly missed the upper 90 of Canada GK Maxime Crepeau’s net.

Canada kept pushing for the breakthrough goal as well, with chances in the 84th minute when Alistar Johnson was unable to get his effort on target after a nice build-up, followed by an opportunity the 86th minute when Alphonso Davies pulled a few tricks out of his bag, but ultimately ran into the Jamaican defense in the area.

Lawrence once again drew Crepeau into action as the match ticked into the final minute of stoppage time, but the Canadian shot-stopper made the save to preserve the point. 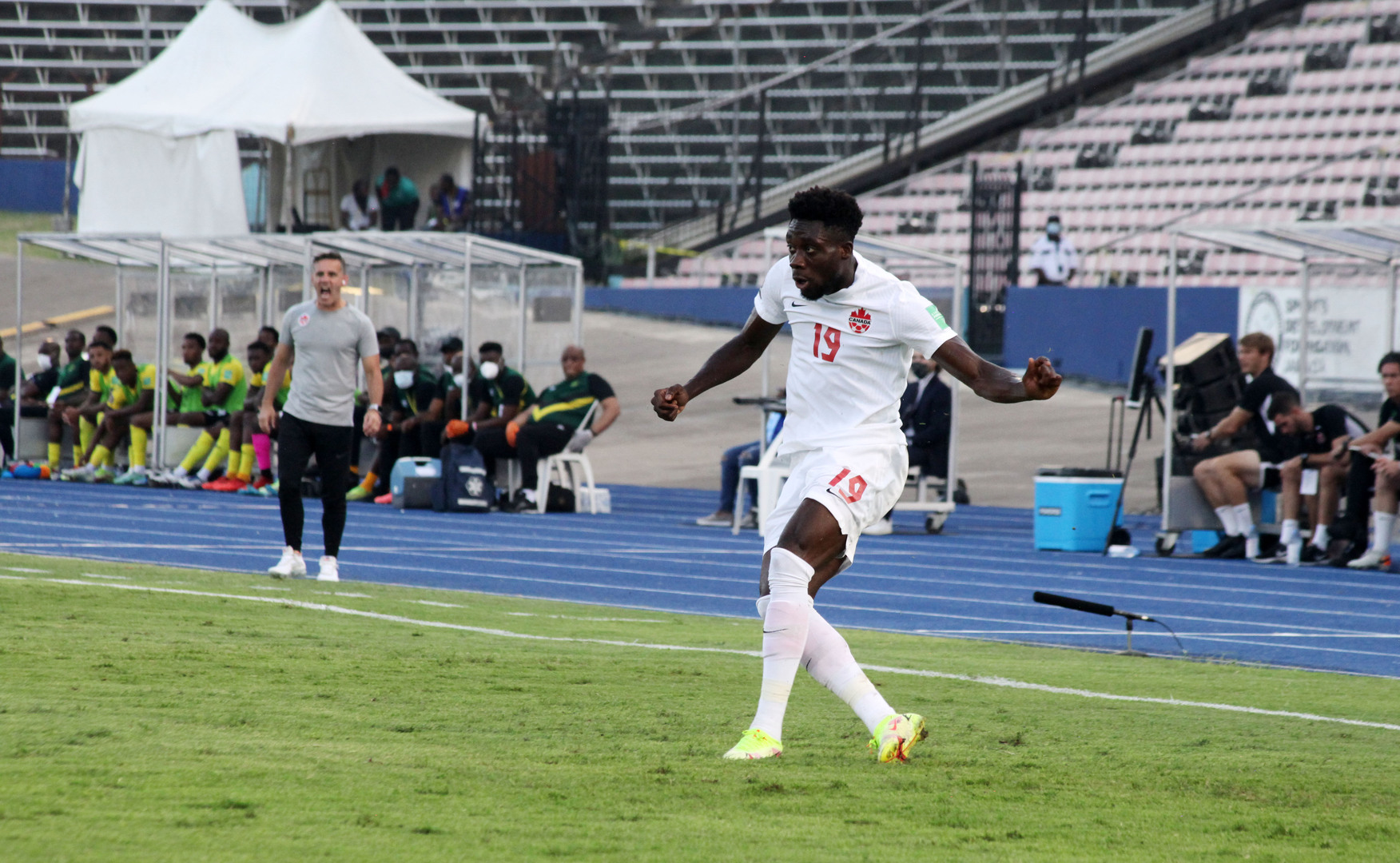 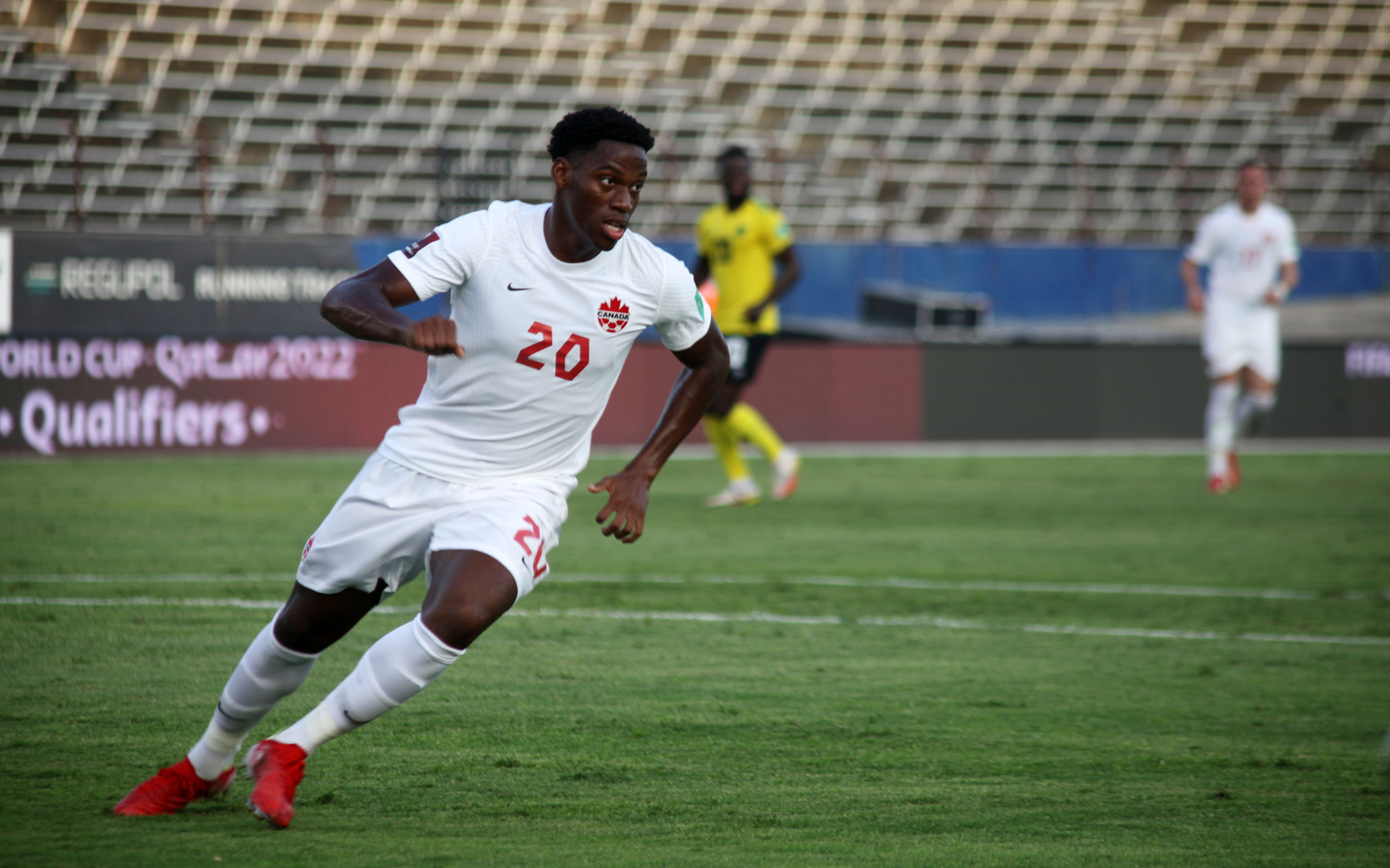