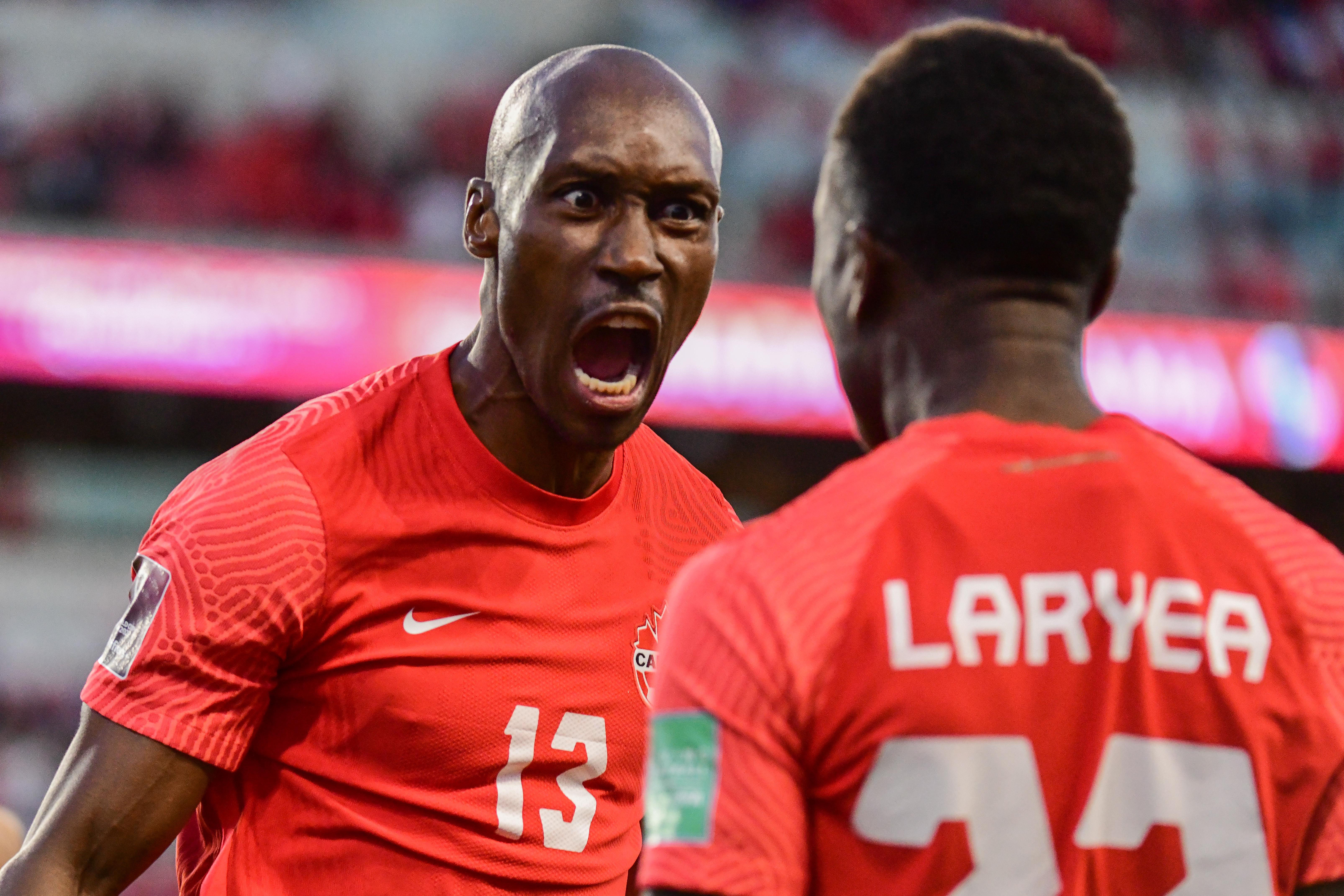 First goal scorer of the night for Canada Atiba Hutchinson (left) celebrates with his teammate Richie Laryea in the Concacaf Qualifiers for Qatar 2022 on September 8, 2021, at BMO Field in Toronto, Canada.

TORONTO, Canada. - Canada finished the first month of the Final Round of Concacaf World Cup qualification for Qatar 2022 with its undefeated record from the first and second rounds still intact, beating El Salvador 3-0 to finish September with five points.

Canada manager John Herdman put some of his most experienced players on the field, and veteran midfielder Atiba Hutchinson repaid that confidence by opening the scoring in the sixth minute. After a flowing move down the left-handed side of the Canada attack, Richie Laryea set up Hutchinson to tap past El Salvador goalkeeper Mario Gonzalez.

It was then two goals for Canada in the 11th minute. After a set piece was partially cleared, winger Tajon Buchanan recycled the ball and put in a cross for forward Jonathan David, whose strong header found the back of the net to double the lead early.

Buchanan himself put the cherry on top, finishing off a counter-attack that Canada earned in the 59th minute. El Salvador back Eriq Zavaleta, playing at BMO Field where he plays his club matches with Toronto FC, left a pass short. It was eagerly intercepted by David, who was all too happy to reciprocate the earlier connection and become a provider for Buchanan, who beat an onrushing Gonzalez with a calm, right-footed finish.

Canada, which earlier this month drew with Honduras at home and the United States on the road, now prepares to return to action in October with a trip to the Estadio Azteca to face Mexico, while El Salvador returns home to begin the three-match October window with a contest against Panama.