Bonilla, Ceren goals get El Salvador back on winning track 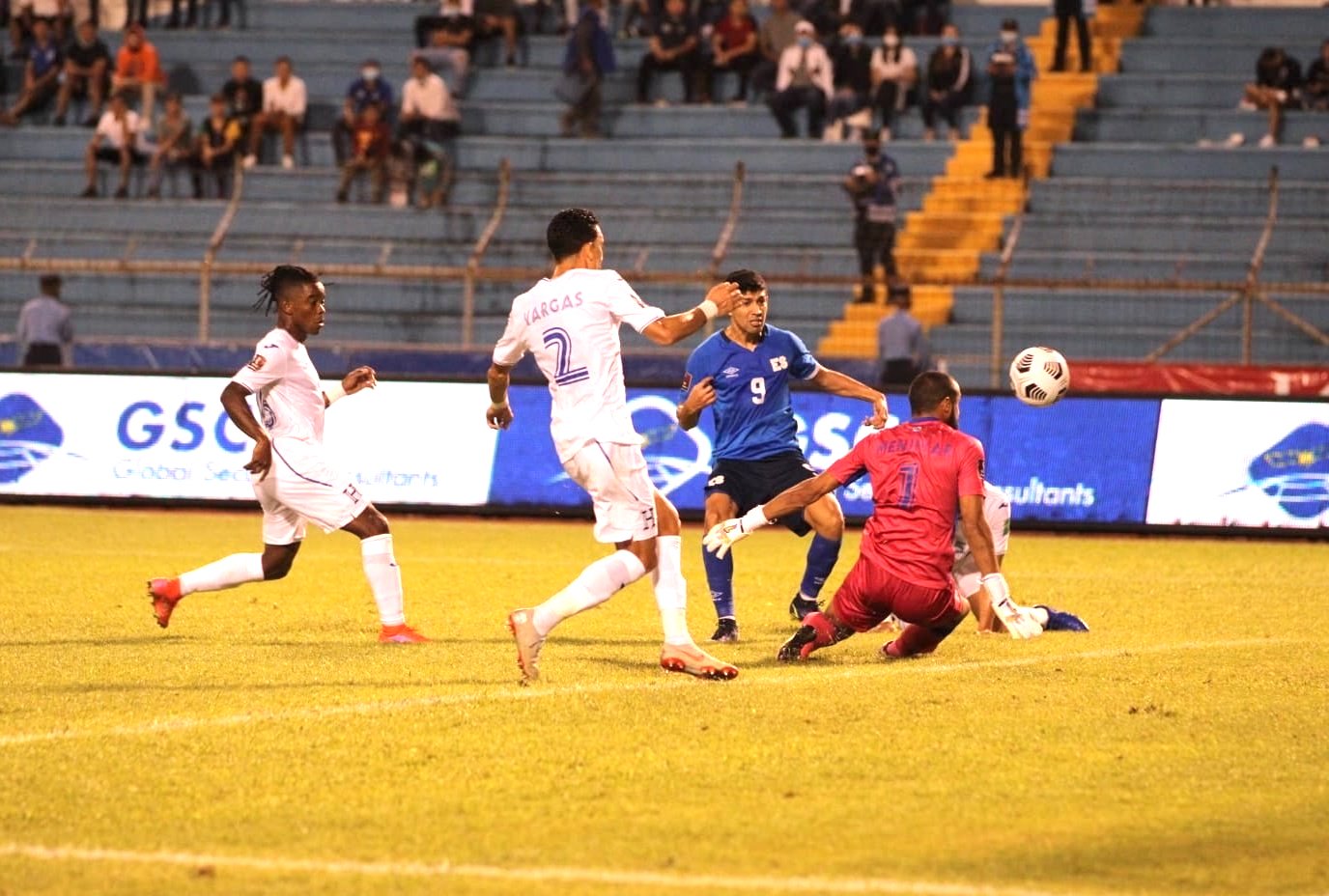 Nelson Bonilla of El Salvador, left, scores against Edrick Menjivar of Honduras in the Concacaf Qualifying for the FIFA World Cup on January 30, 2022, at the Estadio Olimpico in San Pedro Sula, Honduras. (Photos La Selecta).

Bonilla, Ceren goals get El Salvador back on winning track

It was also El Salvador’s first win in the Final Round of WCQ since a 1-0 home win over Panama on Matchday Four.

Not only did El Salvador enter Sunday’s contest looking for its first win in Honduras, but it never had
scored in a World Cup qualification match on Honduran soil.

That changed in the 35th minute when Enrico Duenas led a break from midfield and passed to his left
where Nelson Bonilla took possession in the box.

Bonilla then sent a defender the wrong way, cutting
onto his right foot, and putting in the historic goal.

At halftime, Honduras made a trio of attacking changes, with Alberth Elis, Romell Quioto and Edwin Rodriguez entering the game.

Two of the substitutes combined just after the hour mark, with Elis setting
up Rodriguez for a chip attempt that El Salvador GK Mario Gonzalez leapt to deny.

Honduras’ comeback efforts would ultimately come up short, as El Salvador assured itself of the historic
triumph in stoppage time, with veteran midfielder Darwin Ceren sending a right-footed shot past
Honduras GK Edrick Menjivar to double the advantage.

Honduras continues to look for its first victory in World Cup qualification, traveling to Minnesota to meet
the United States. El Salvador plays its first home match of this FIFA window, with leader Canada visiting
the Estadio Cuscatlan.