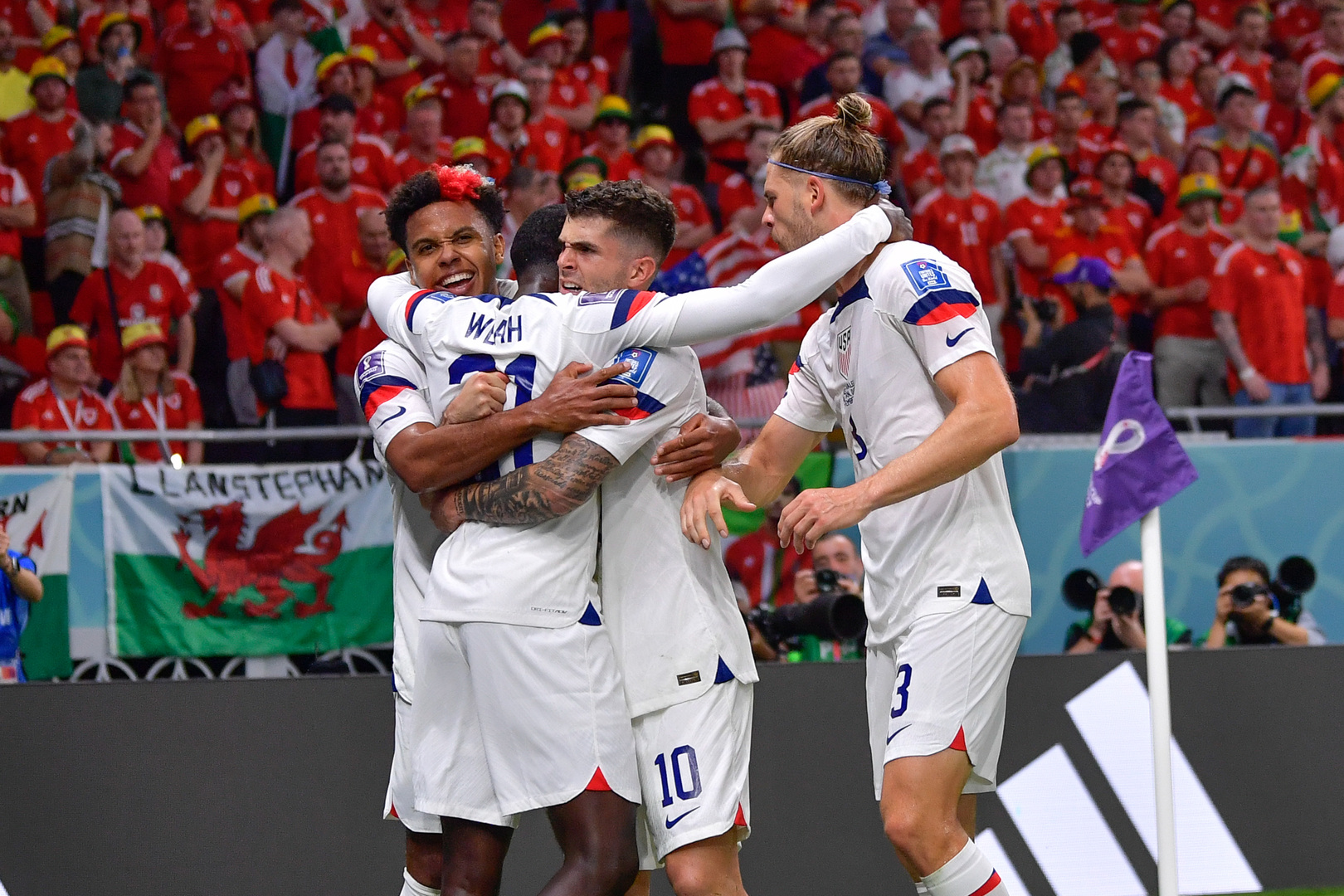 Timothy Weah of United States celebrates after scoring their team's first goal during the FIFA World Cup Qatar 2022 Group B match between USA and Wales at Ahmad Bin Ali Stadium on November 21, 2022 in Doha, Qatar.

MIAMI, Florida – The United States return to action at the FIFA World Cup Qatar 2022 with their second encounter in Group B against heavyweights England on Friday night at the Al Bayt Stadium in Al Khor, Qatar.

The U.S. picked up a point in their opening match of the tournament in a 1-1 draw with Wales on Monday. Timothy Weah’s first half goal served as the scoring for the U.S., giving the Red, White and Blue a three-match unbeaten streak in World Cup openers.

It was also a noteworthy night for U.S. MF Yunus Musah, who became the second-youngest U.S. player in a World Cup match at 19 years and 357 days, just 322 days older than Julian Green at Brazil 2014.

The U.S. will now turn their attention to an England team that are coming off a commanding 6-2 victory over Iran. Five different England players got their names on the scoresheet, led by Bukayo Saka, who bagged a brace for the Euro 2020 runners-up.

There is plenty of history when it comes to the U.S. and England in World Cup play. The U.S. pulled off a memorable 1-0 win at Brazil 1950 on a goal from Joe Gaetjens, while Clint Dempsey’s first half equalizer held up for a 1-1 draw at South Africa 2010.

With their sights set on reaching the knockout stage, a good result will be imperative for the U.S. on Friday.