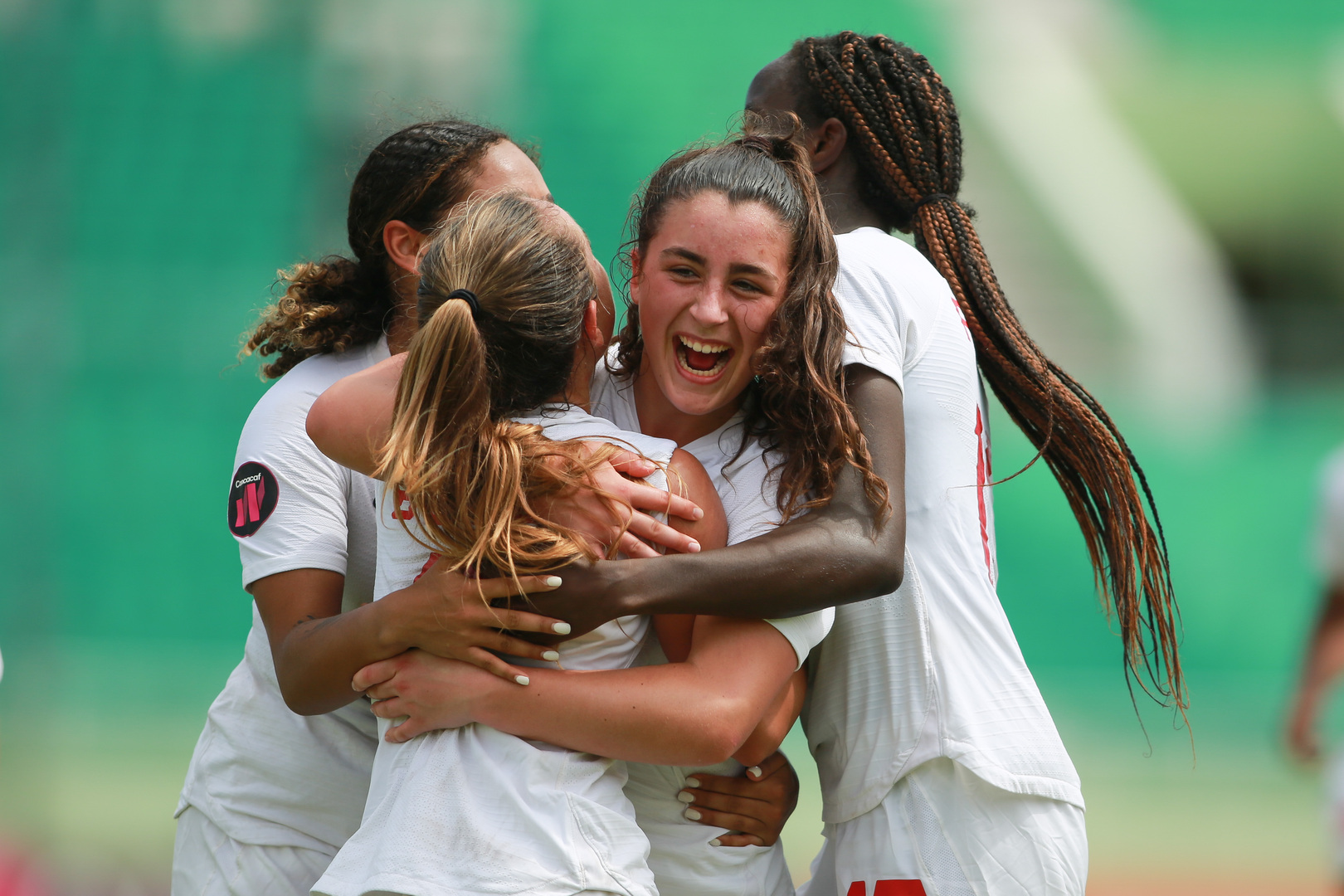 Canada’s Florianne Jourde and her teammates celebrate a 2-0 win against Puerto Rico in the 2022 Concacaf Women’s Under-20 third place match.

SANTO DOMINGO, Dominican Republic – A first half spurt of two goals in two minutes lifted
Canada to a 2-0 victory over Puerto Rico in the Third Place Match at the 2022 Concacaf Women’s Under-20 Championship on Saturday at the Estadio Olimpico Felix Sanchez in Santo
Domingo, earning Canada the third and final berth for the 2022 FIFA Women’s Under-20 World
Cup in Costa Rica.

Zoe Burns and Florianne Jourde got the goals for Canada and it took a special strike to beat Puerto Rico GK Jlo Varada Vazquez, who was sensational from start to finish, making a number
of top saves and stopping a second half penalty.

However, there was nothing Vazquez could do to prevent Canada’s opener in the 38’ when Burns converted from the penalty spot to make it 1-0.

Less than a minute later, the lead was doubled, 2-0, as Jourde got on the end of a cross and volleyed a left-footed shot in past Vazquez for the goal.

Puerto Rico looked to swing the momentum in their favor with a strong start to the second half, but a penalty earned by Canada right before the hour mark had the North Americans poised to extend their lead.

But Varada Vazquez would have the last word, diving to her right to save Olivia Smith’s spot kick, keeping it a two-goal game.

Puerto Rico began to commit numbers forward in hopes of pulling a goal back, but the
Canadian defense held firm and saw things out to secure the clean sheet victory. 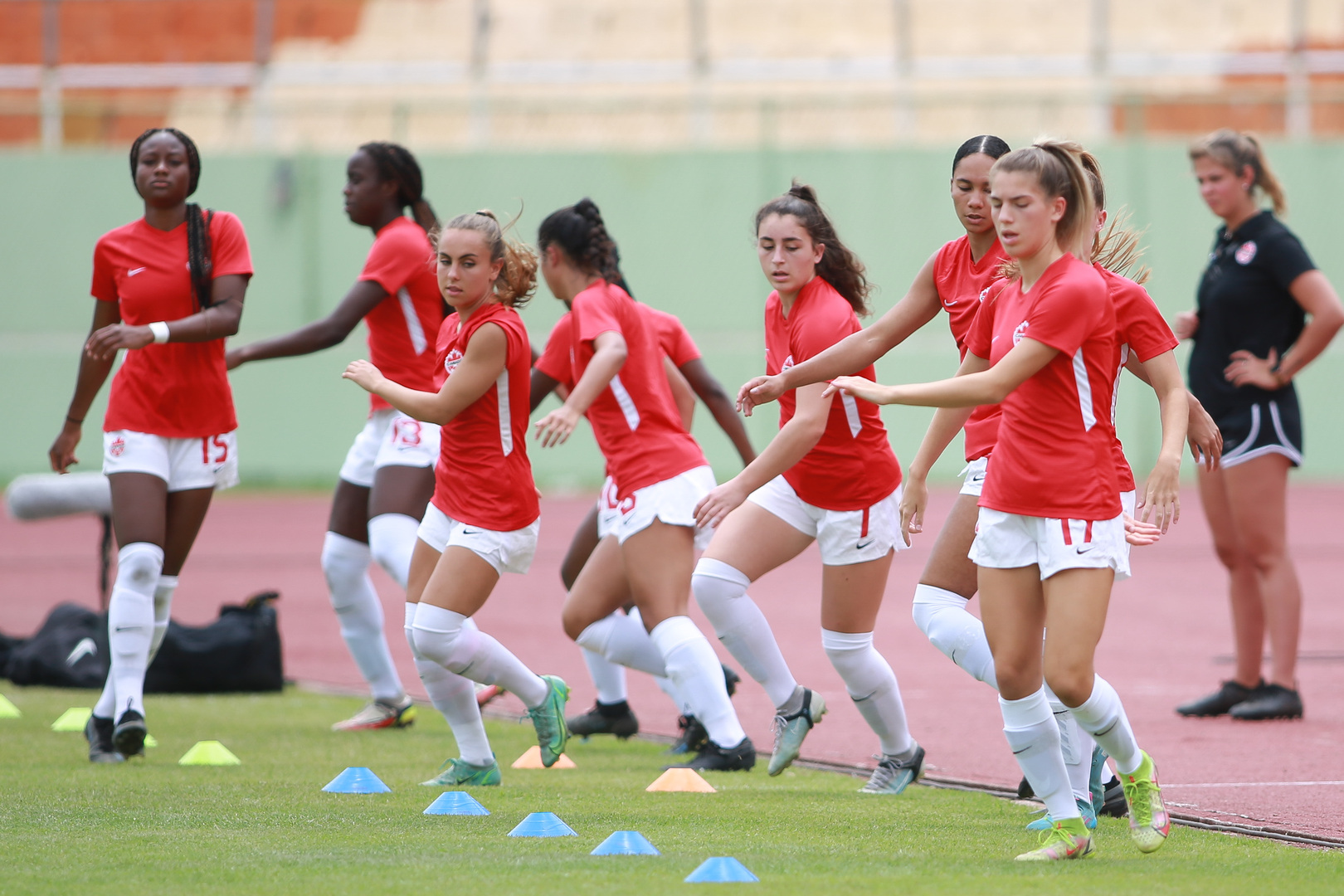 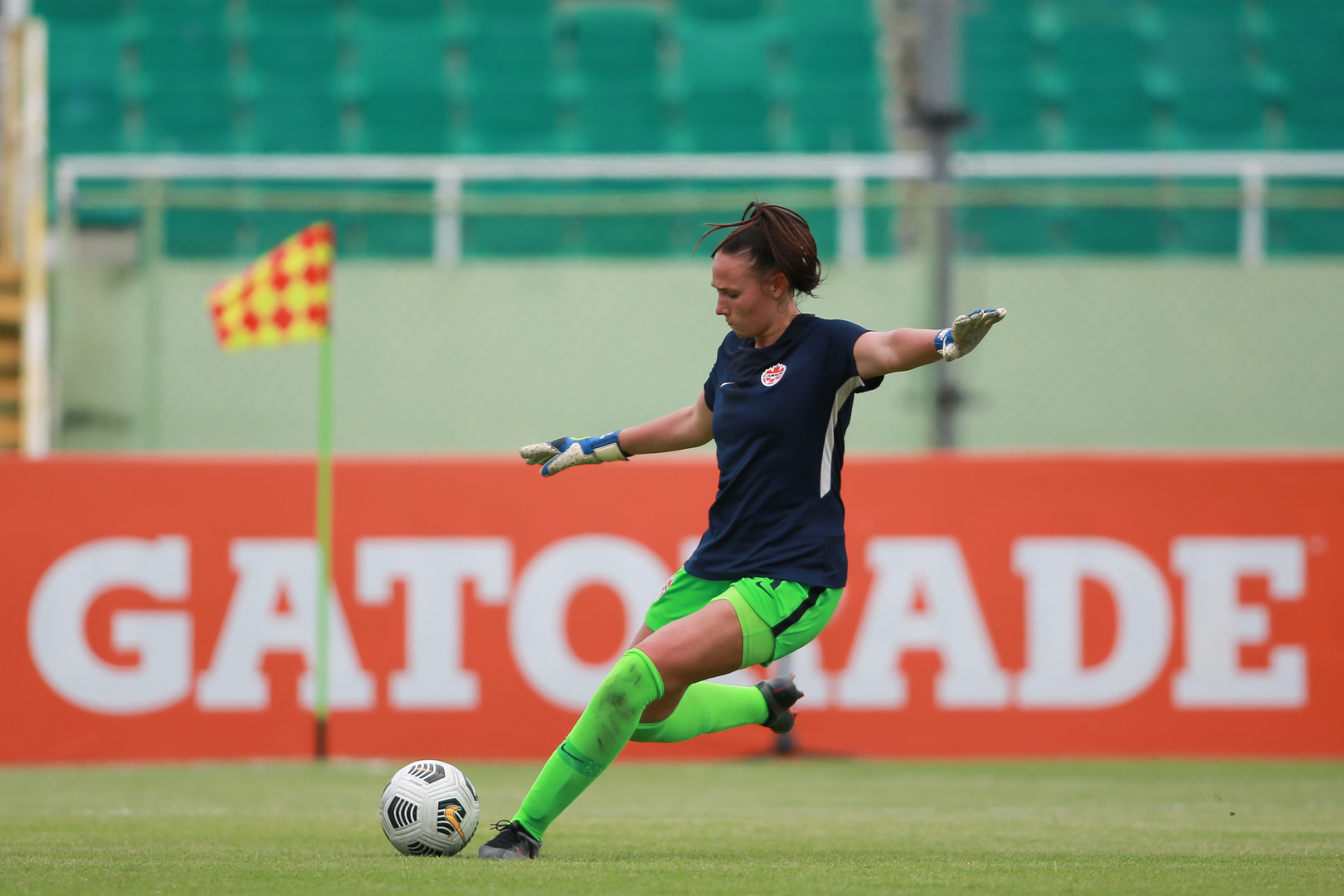 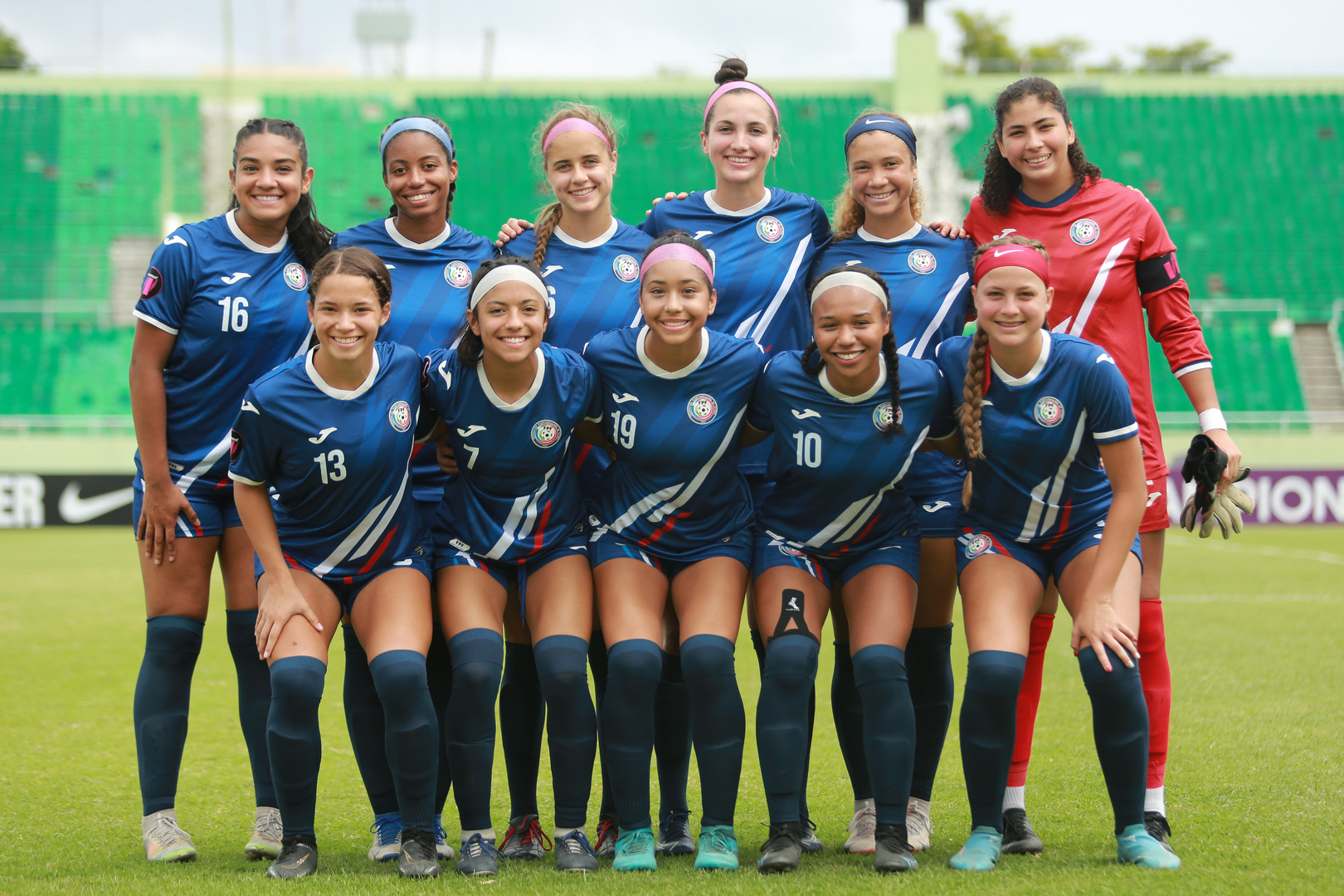 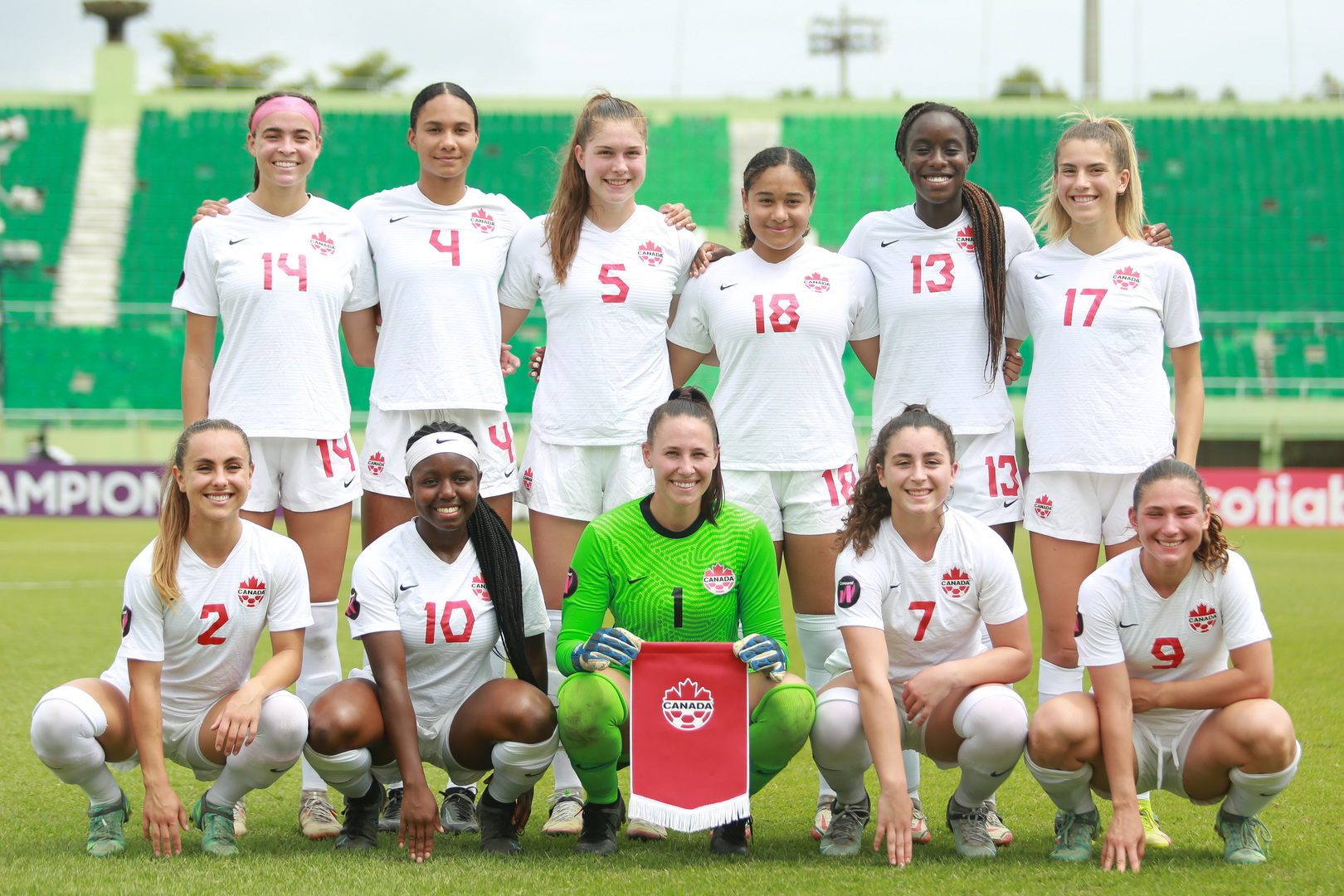 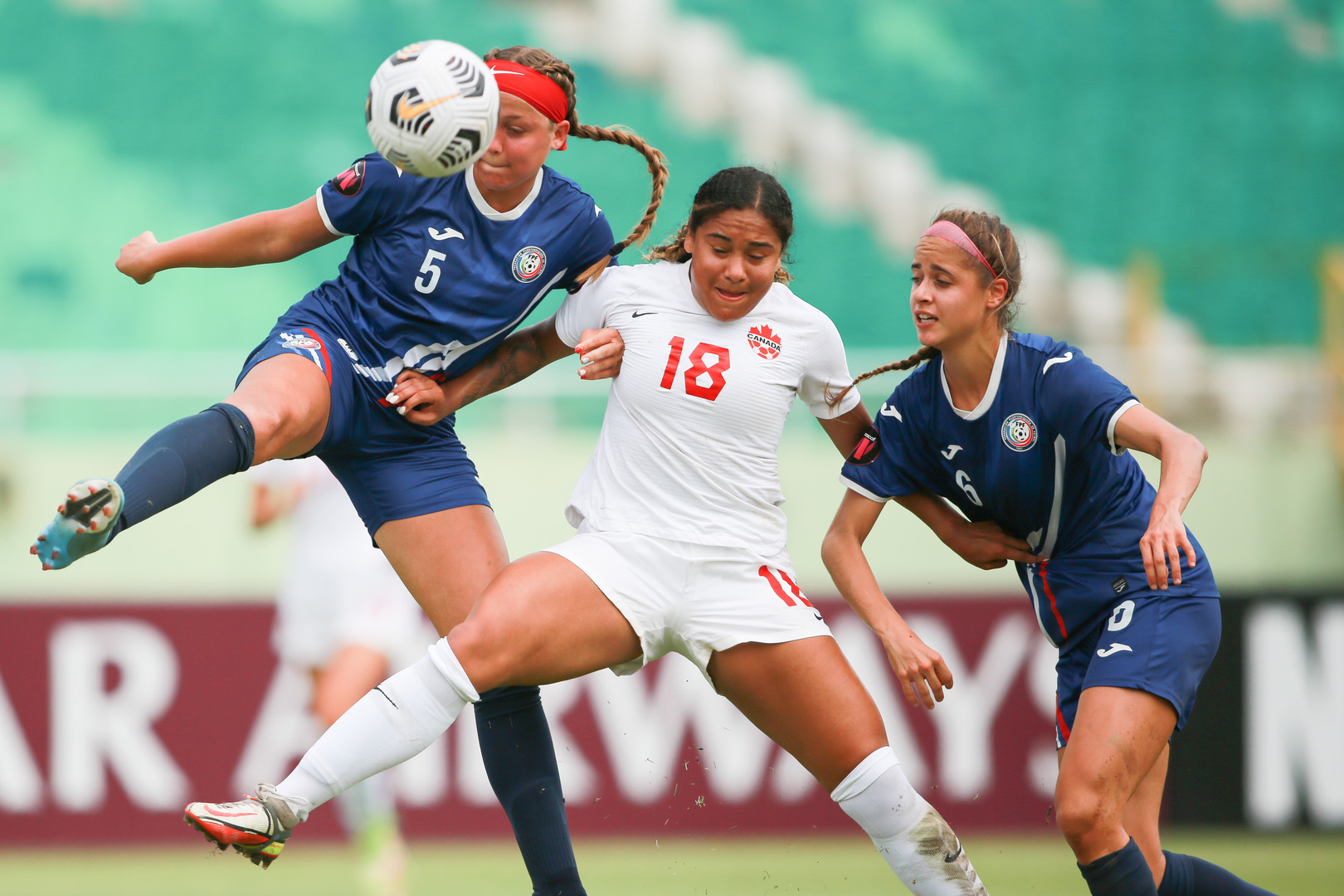 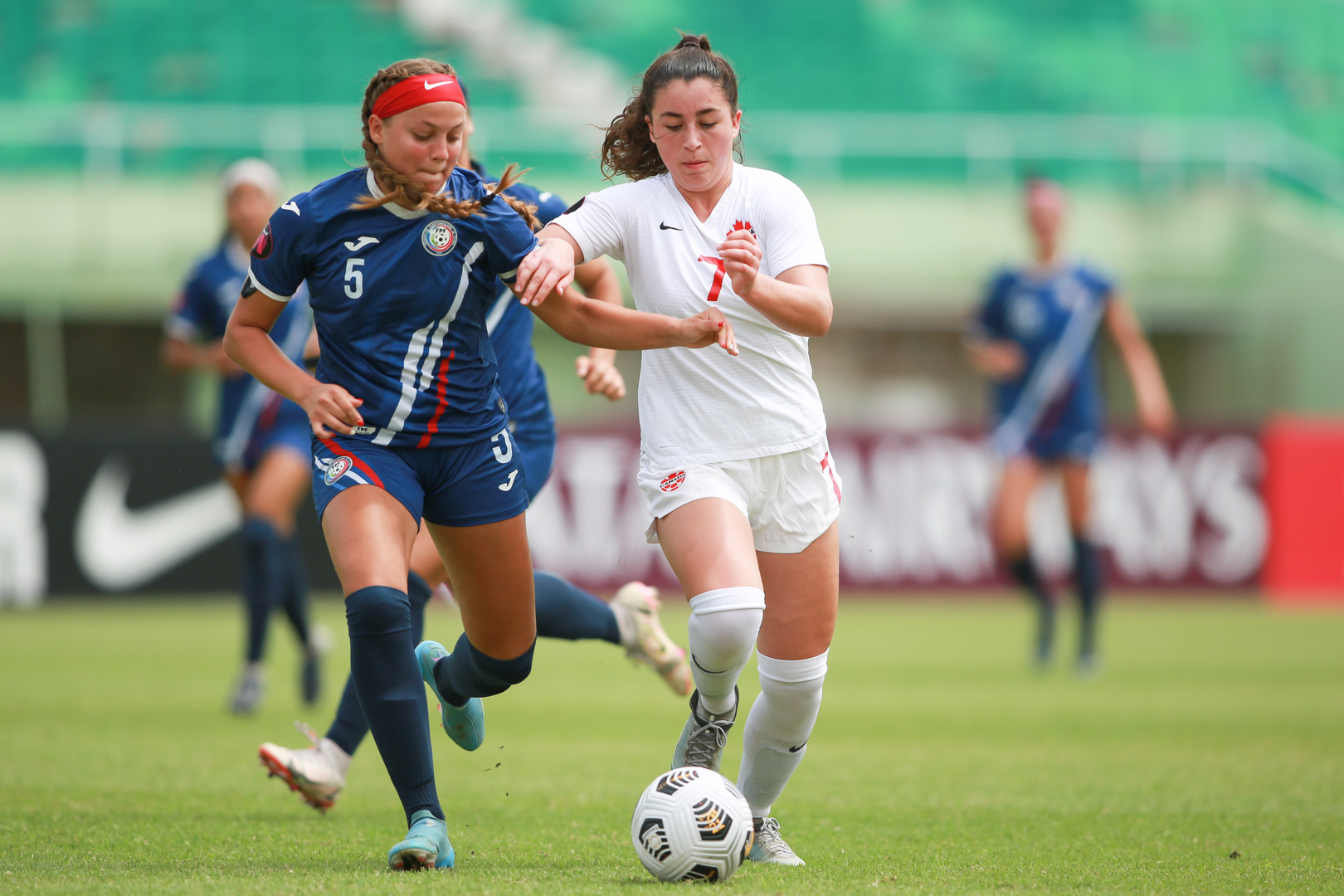 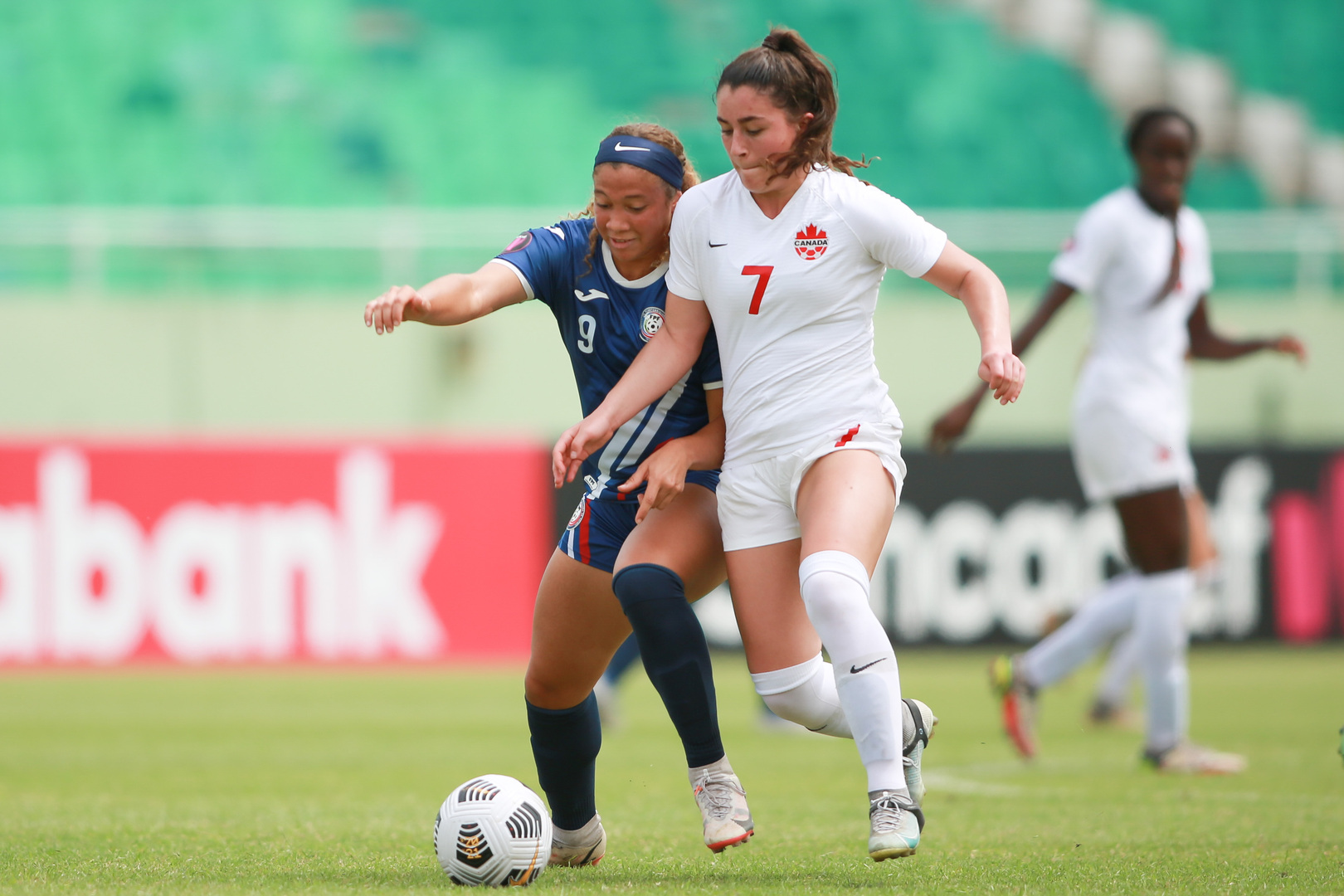 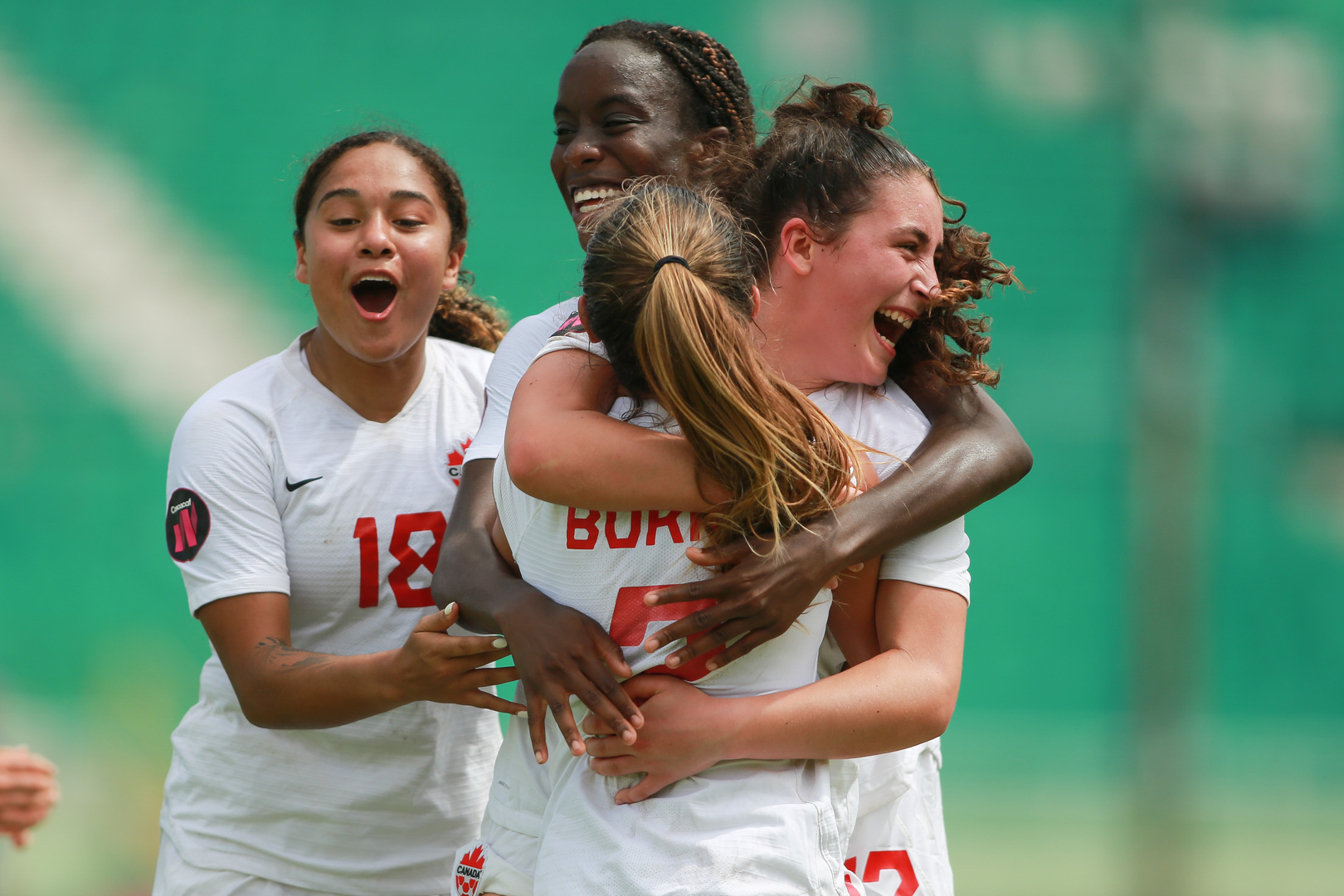 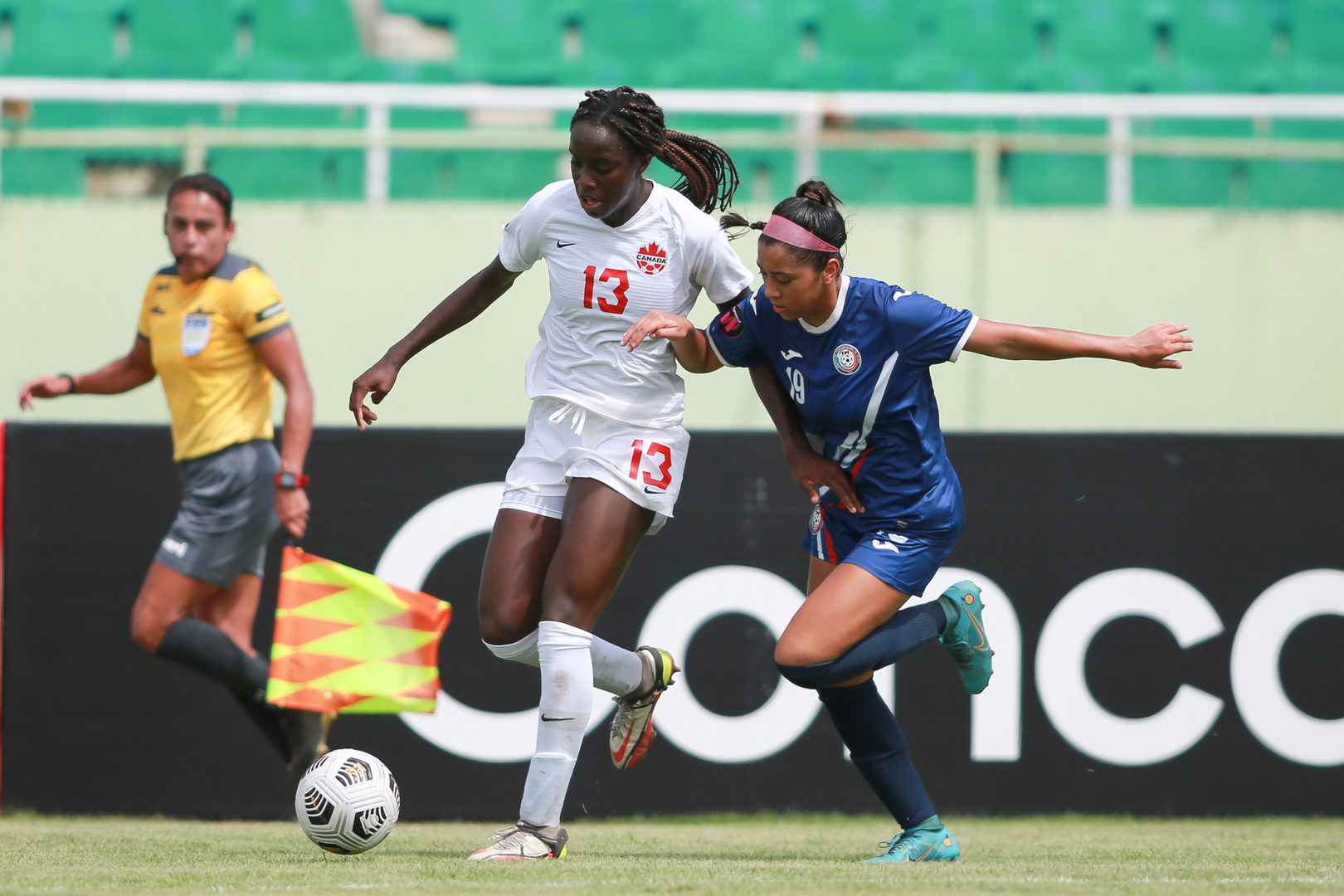 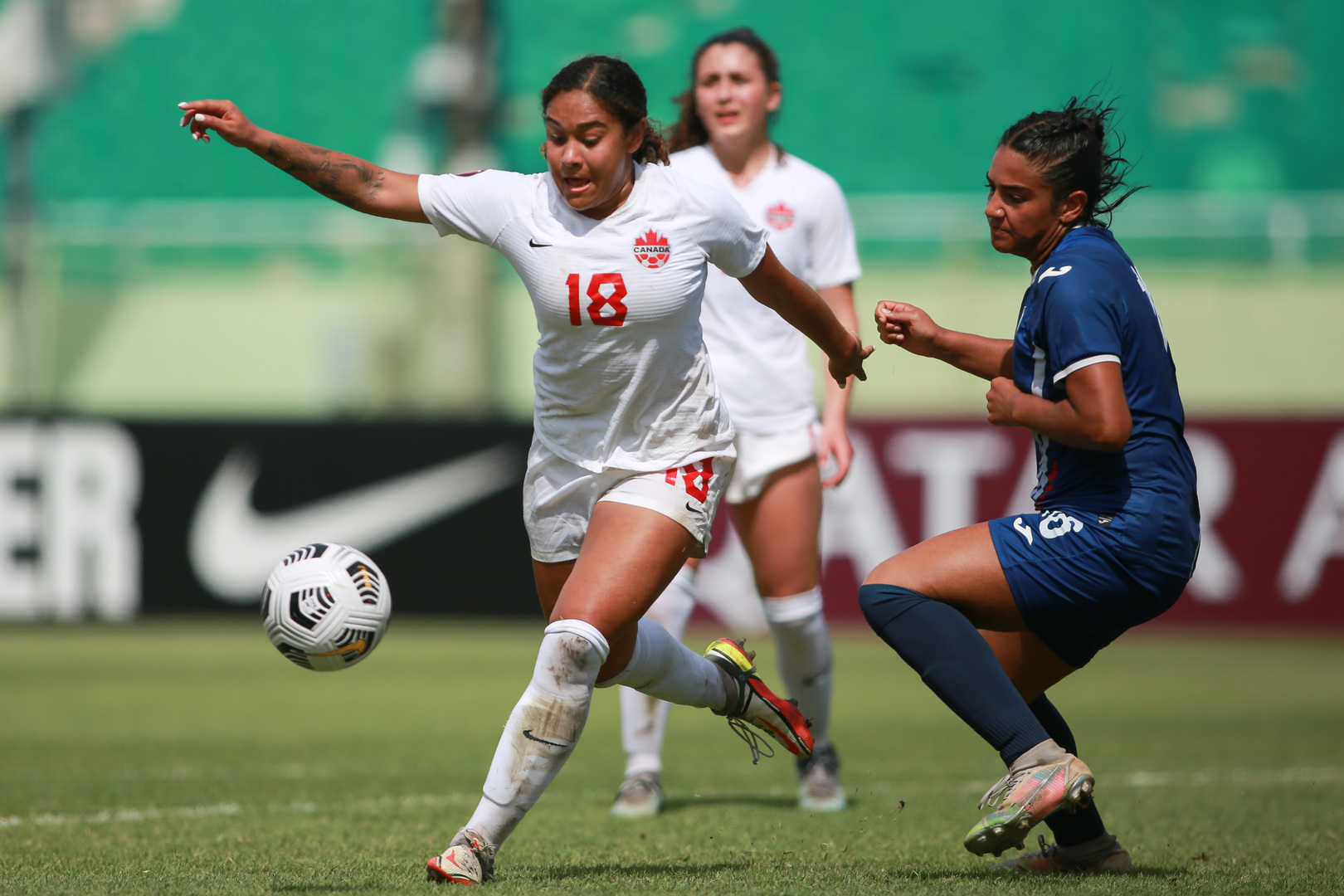 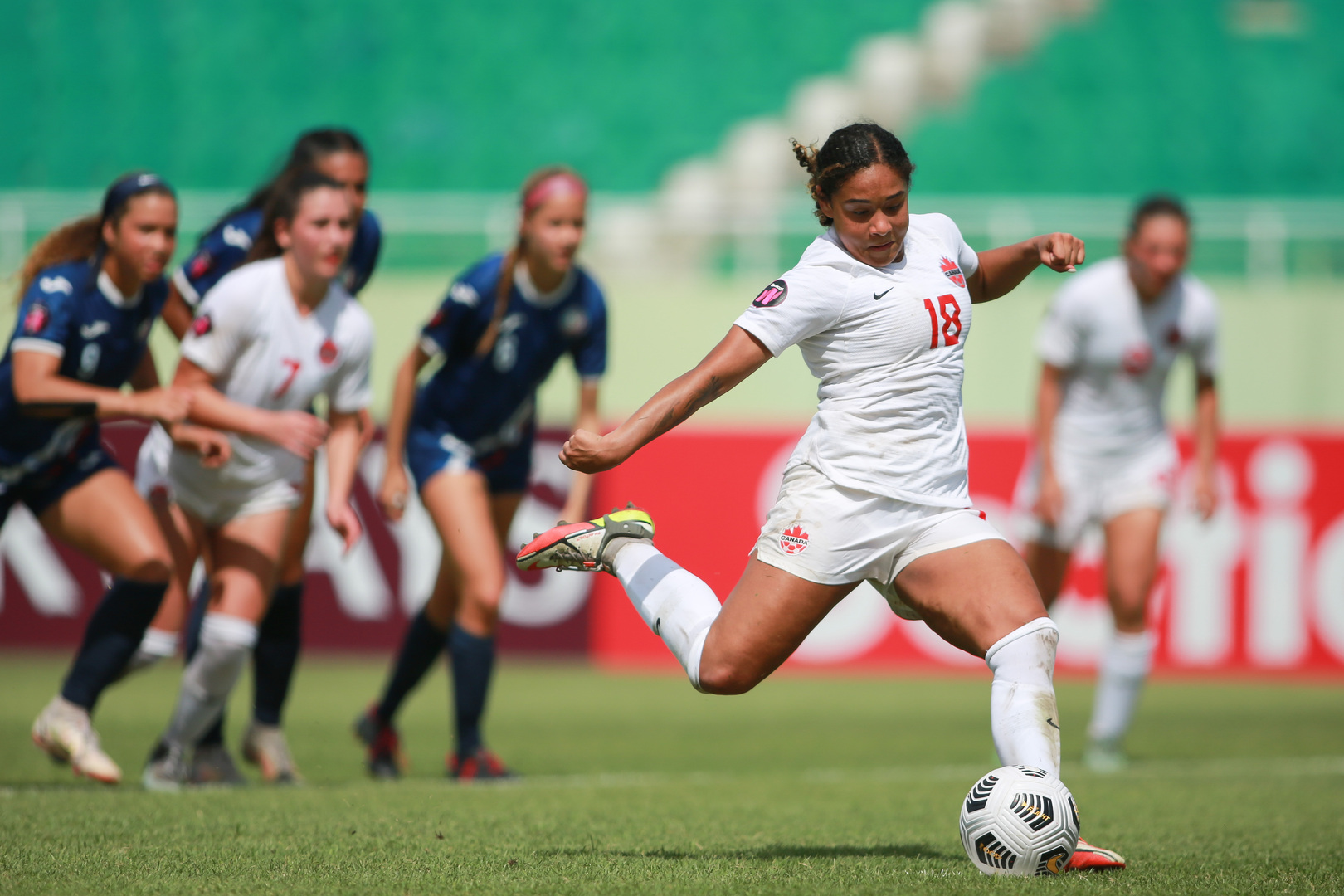 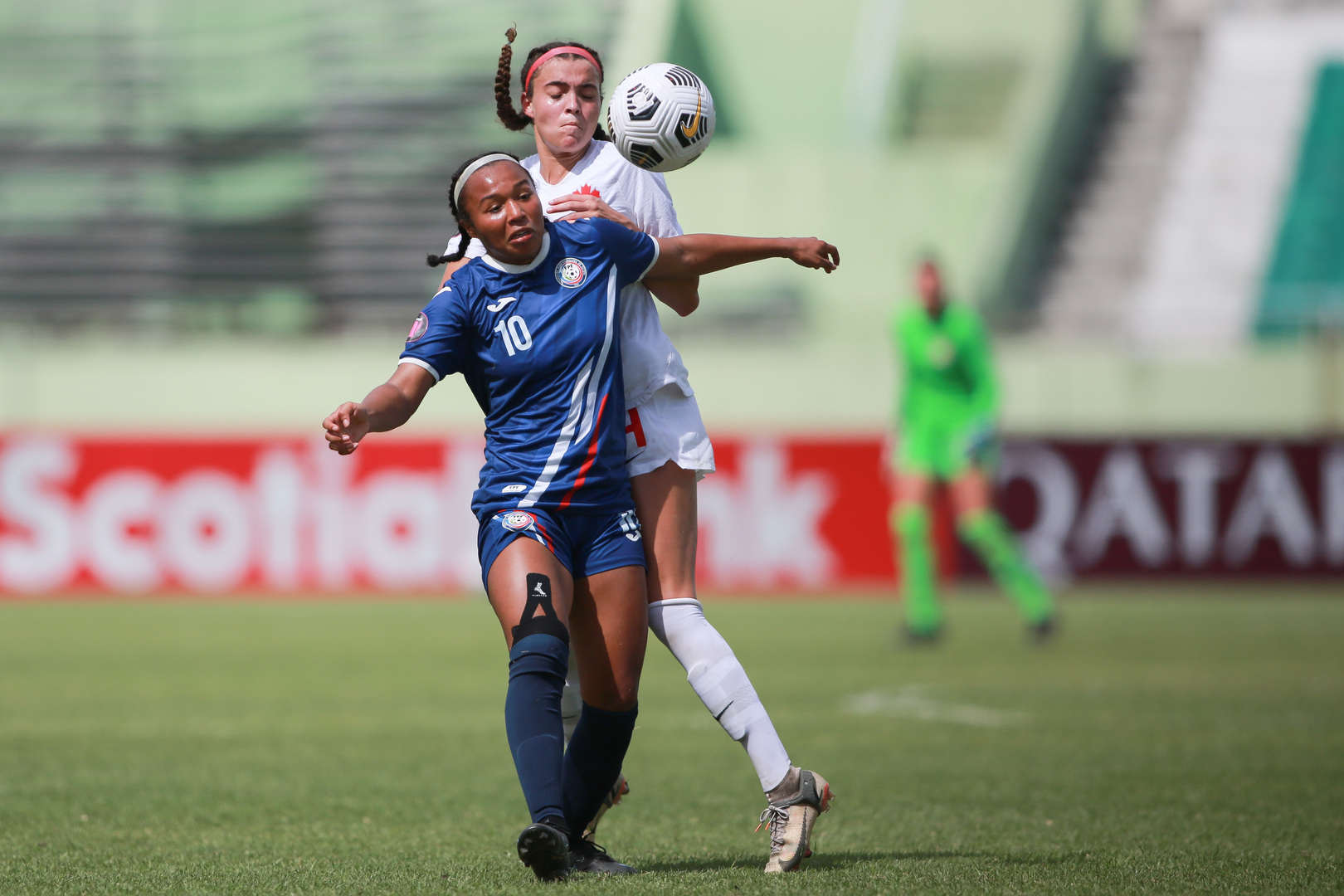