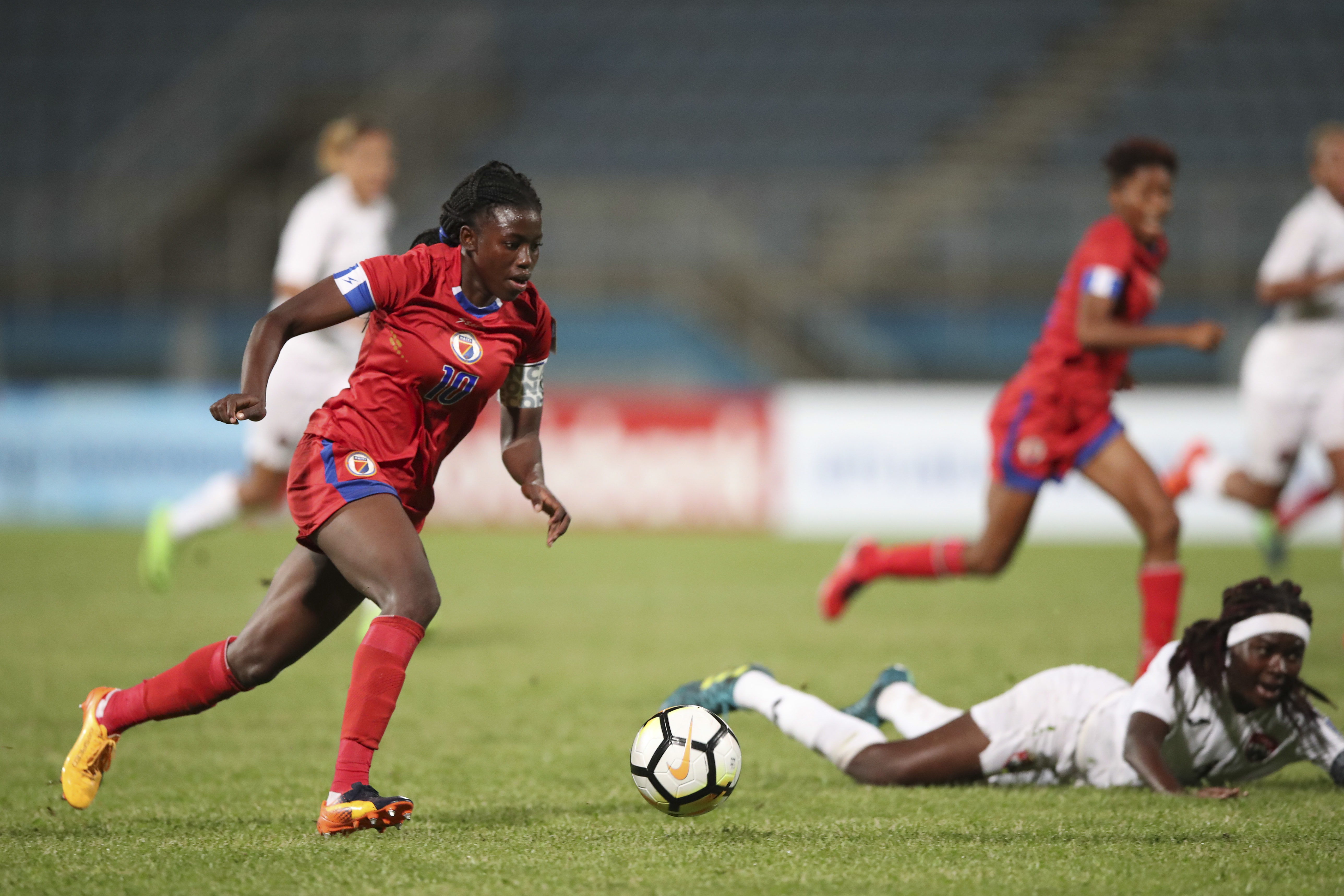 The group stage kicked off with some tantalizing match-ups in Group A, which included Canada, Haiti, Costa Rica and Trinidad and Tobago.

Golden Boot winner Jordyn Huitema would get off to a sizzling start with a pair of goals as Canada upended Costa Rica 3-1, while Nerilia Mondesir flexed her scoring muscles by notching a hat-trick to rally Haiti from a 2-0 deficit to a 3-2 victory over Trinidad and Tobago.

Haiti once again found themselves in a high-scoring affair in their second match and would claim another three points as Melchie Dumornay’s goal proved to be the difference in a crucial 3-2 win over Costa Rica.

Huitema’s scorching form continued with a three-goal outing in Canada’s 4-1 triumph against Trinidad and Tobago, thus sealing the places of both Haiti and Canada in the knockout round.

To round out the group, Canada would take top honors with a 4-0 win against Haiti, while Costa Rica finished third by rallying from 1-0 down to beat Trinidad and Tobago, 2-1.

The competition was just as intense in Group B, with rivals U.S. and Mexico drawn together, along with Jamaica and Nicaragua.

Mexico rolled to a 4-0 win against Jamaica in their opener, while the U.S. edged a valiant Nicaragua side, 2-0.

El Tricolor also found the going tough against the Pinoleras but managed to come away with a 2-0 win in their second match. Meanwhile, there was no shortage of drama between the U.S. and Jamaica, with Jamaica pulling level 1-1 in the 88’ through Jadyn Matthews, only to see the U.S. score the winning goal just a minute later in the 89’ thanks to Jaelin Howell.

Those results meant that the U.S. and Mexico clinched places in the knockout round, but first place in the group was still up for grabs between the two sides heading into their group stage finale.

Two first half goals held up for the U.S., who fended off a late Mexico rally for a 2-1 victory, while Jamaica and Nicaragua each completed the tournament with a point with a 2-2 draw.