Trinidad & Tobago, Guatemala book places in next round 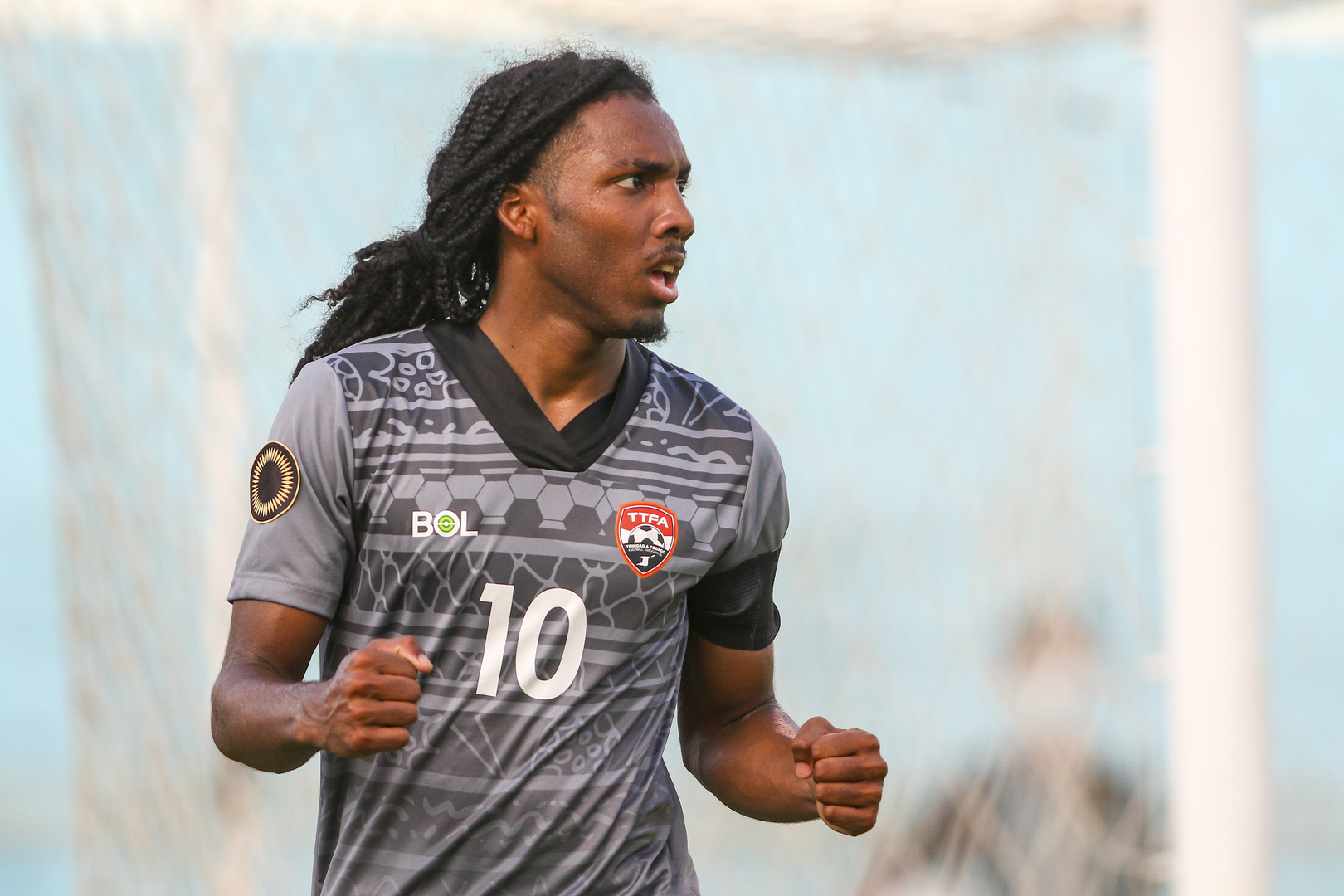 Molik Khan of Trinidad and Tobago celebrate after scoring against Suriname at the Estadio Olimpico Metropolitano in San Pedro Sula o June 23, 2022.

Trinidad & Tobago, Guatemala book places in next round

TEGUCIGALPA, HONDURAS – The group stage of the 2022 Concacaf Men’s Under-20 Championship in Honduras wrapped up on Thursday with Guatemala and Trinidad and Tobago punching their tickets to the Round of 16.

The day started in Group G at the Estadio Nacional in Tegucigalpa where Guatemala overcame an early deficit to top Aruba, 2-1.

The Caribbean side were on the hunt for a decisive win to try to reach the knockout round and they got an early lift when Evander Nedd headed into net in the 14’ for a 1-0 lead.

Guatemala would respond, though, as Arquimides Ordonez scored for the third straight game, bringing the Chapines level 1-1 in the 18’ with a right-footed finish.

Both sides were keen for a winner and it would go in Guatemala’s favor in the 54’ when Allan Juarez struck from outside the area to deliver the 2-1 victory.

The nightcap in Group G ended up being a stalemate between a pair of Central American sides, as Panama and El Salvador played to a 0-0 draw.

The stars of the day were the two defenses, as both sides delivered strong performances in the back, resulting in a share of the spoils and a first-place finish for El Salvador.

The Estadio Olimpico Metropolitano in San Pedro Sula was the site of the two final matches in Group F, beginning with Trinidad and Tobago’s 3-0 triumph over Suriname.

A hard-fought first half gave way to a second half in which the Soca Warriors took control. Nathaniel James scored the first of his two goals with a left-footed strike for a 1-0 lead in the 64’

Suriname tried to respond, but they were done in by a late Trinidad and Tobago burst, as Molik Khan made it 2-0 in the 84’ on a clever volley, followed by a second goal for James in the 88’ to complete the 3-0 scoreline.

Group F then ended with Mexico and Haiti playing to a 0-0 draw.

After a tight first 45 minutes, things came to life in the second half and Watz Leazard of Haiti came within a whisker of breaking the deadlock in the 63’ with a sizzling shot from just outside the area that smacked off the crossbar. Four minutes later in the 67’ Steevenson Jeudy almost scored his fifth goal of the tournament with a bouncing shot that hit off the post.

In the end, though, no winner could be found, forcing the teams to settle for a point. 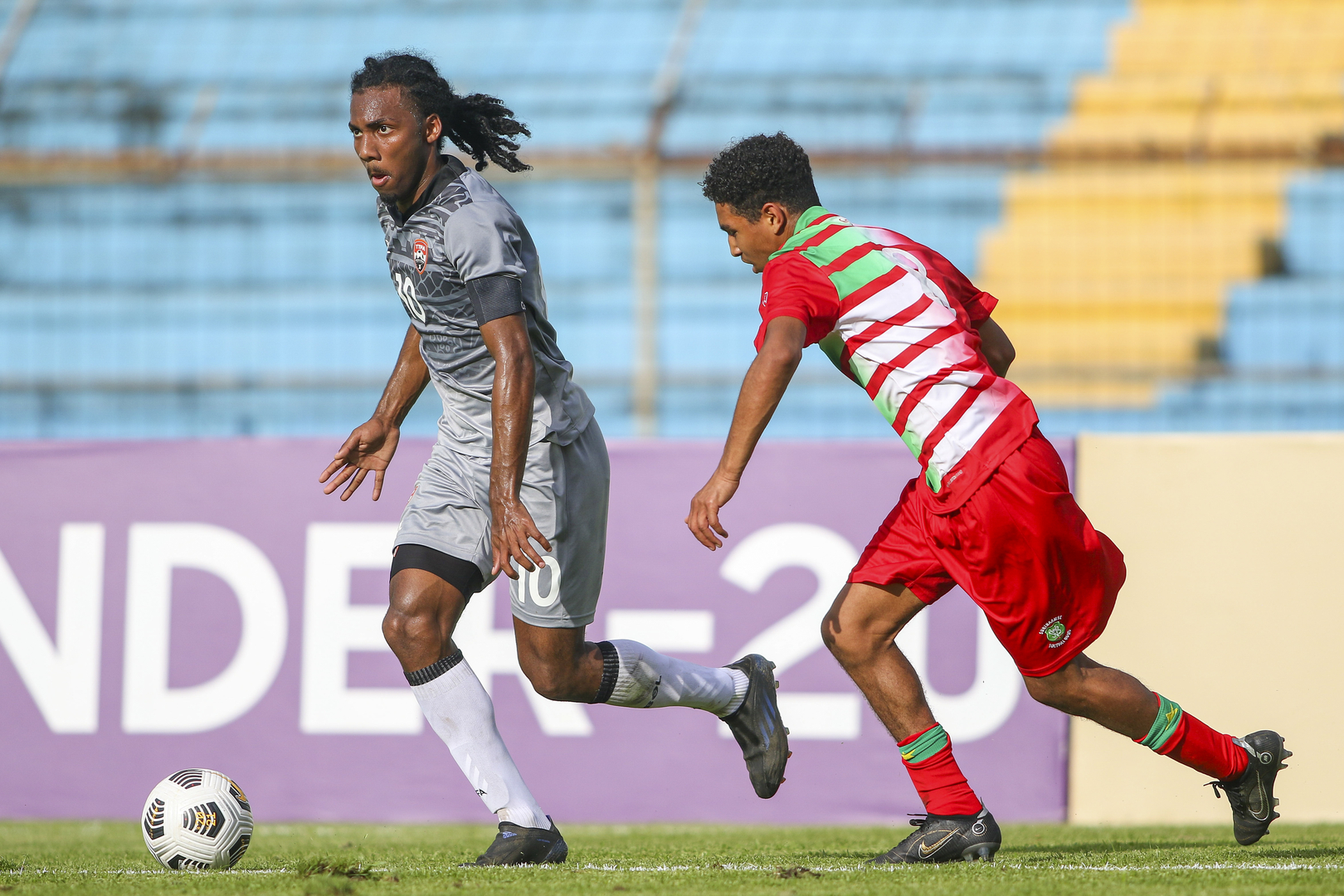 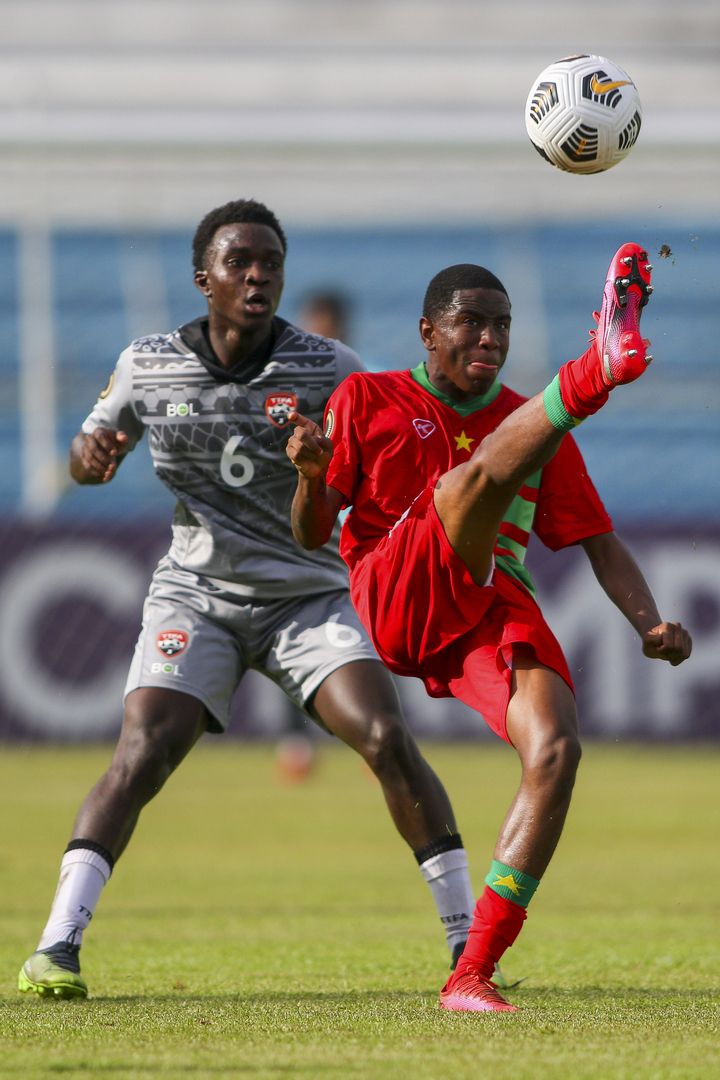 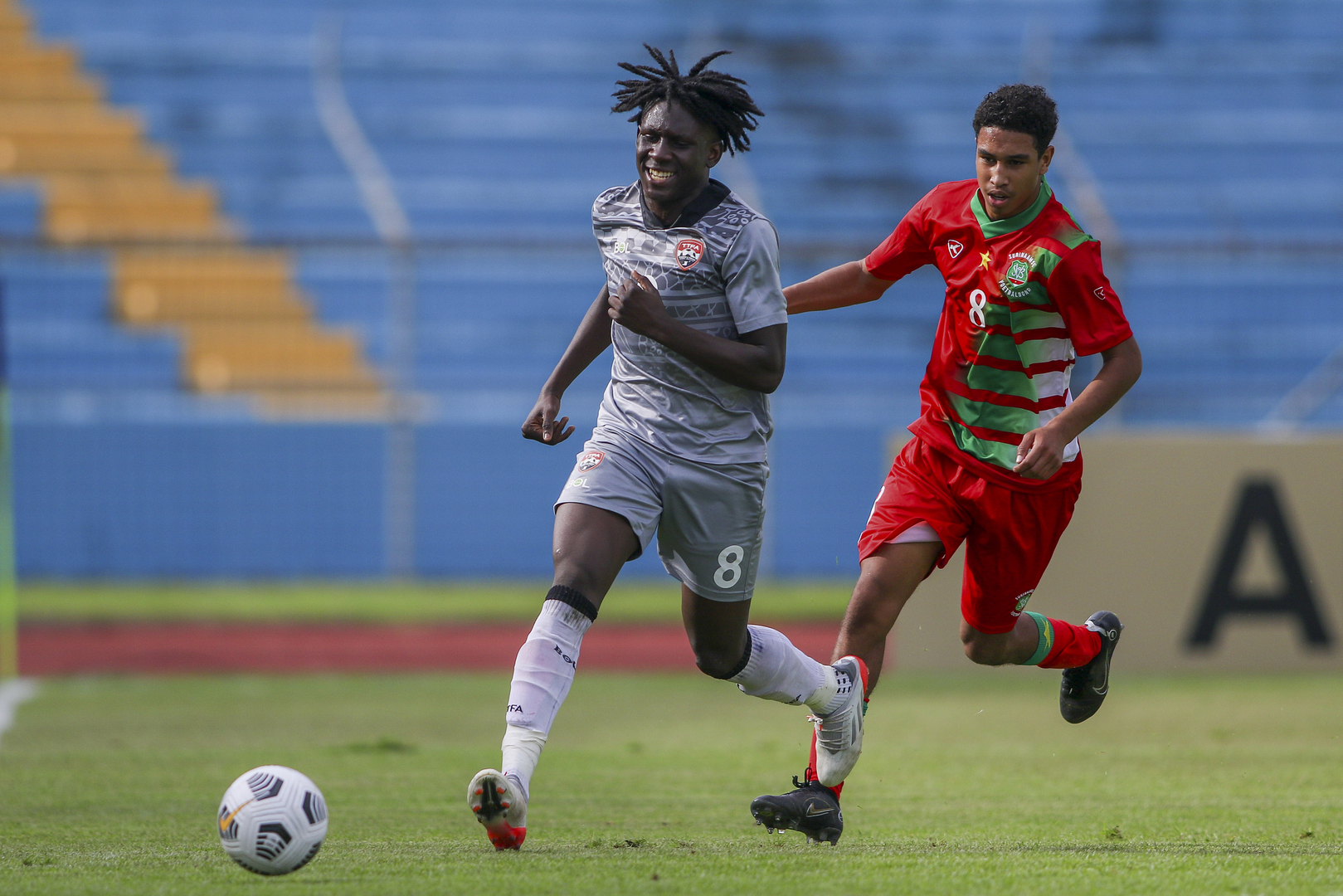 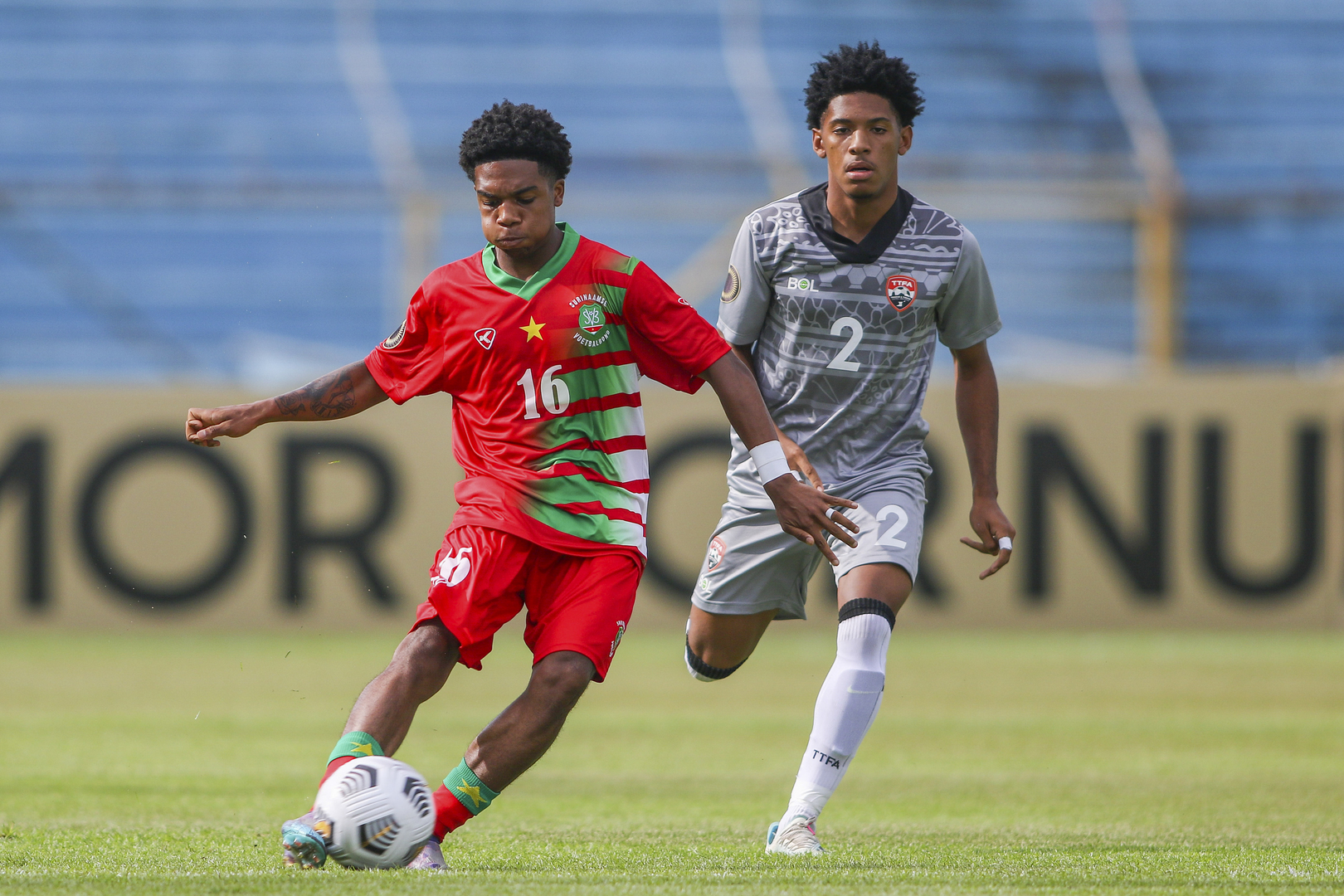 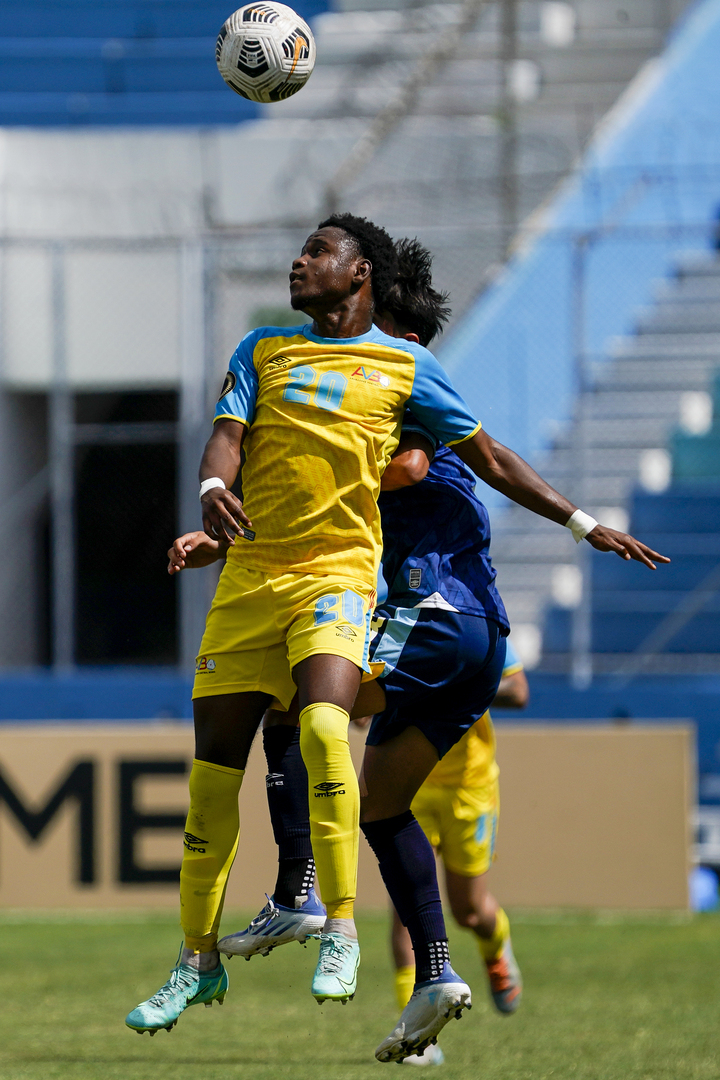 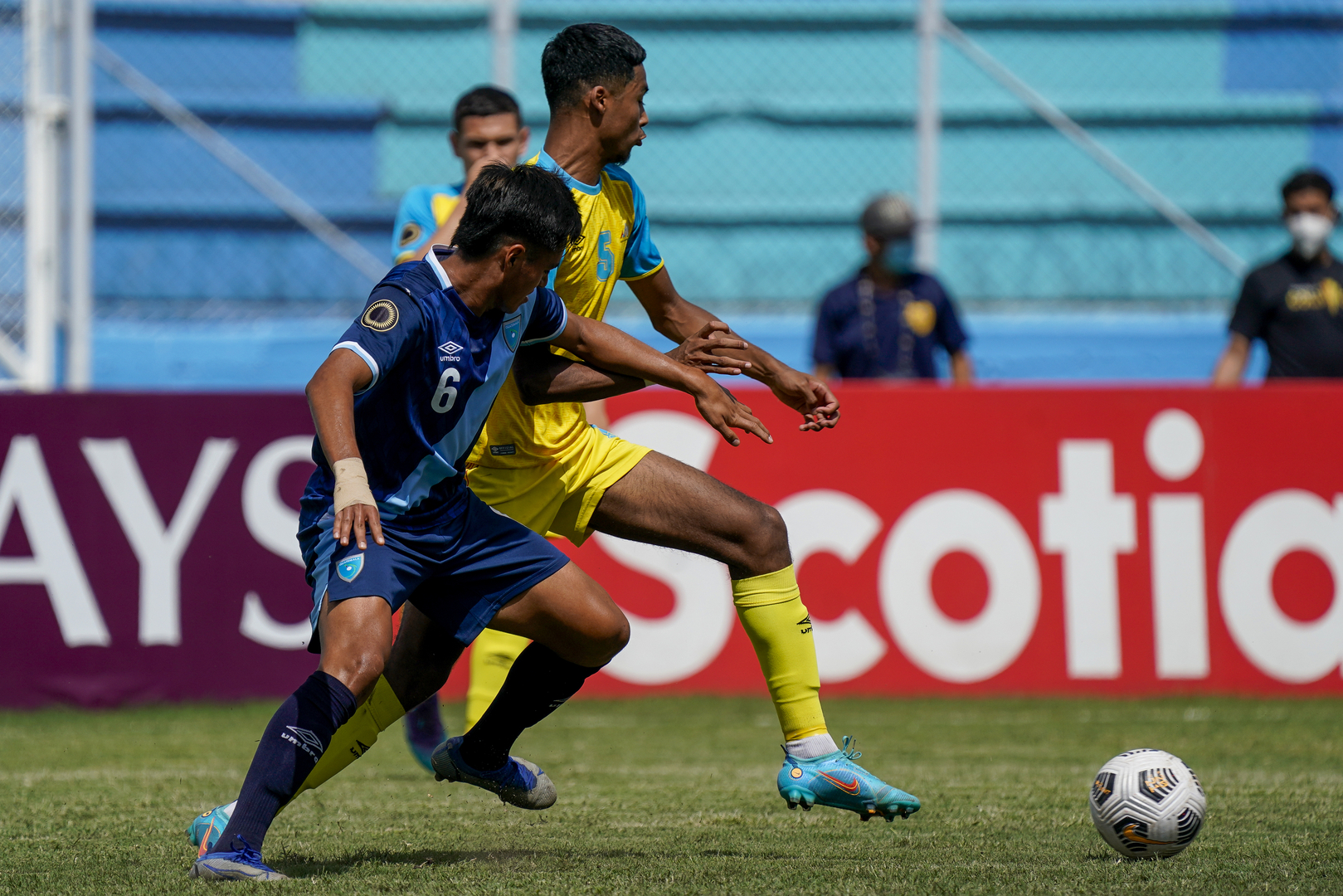 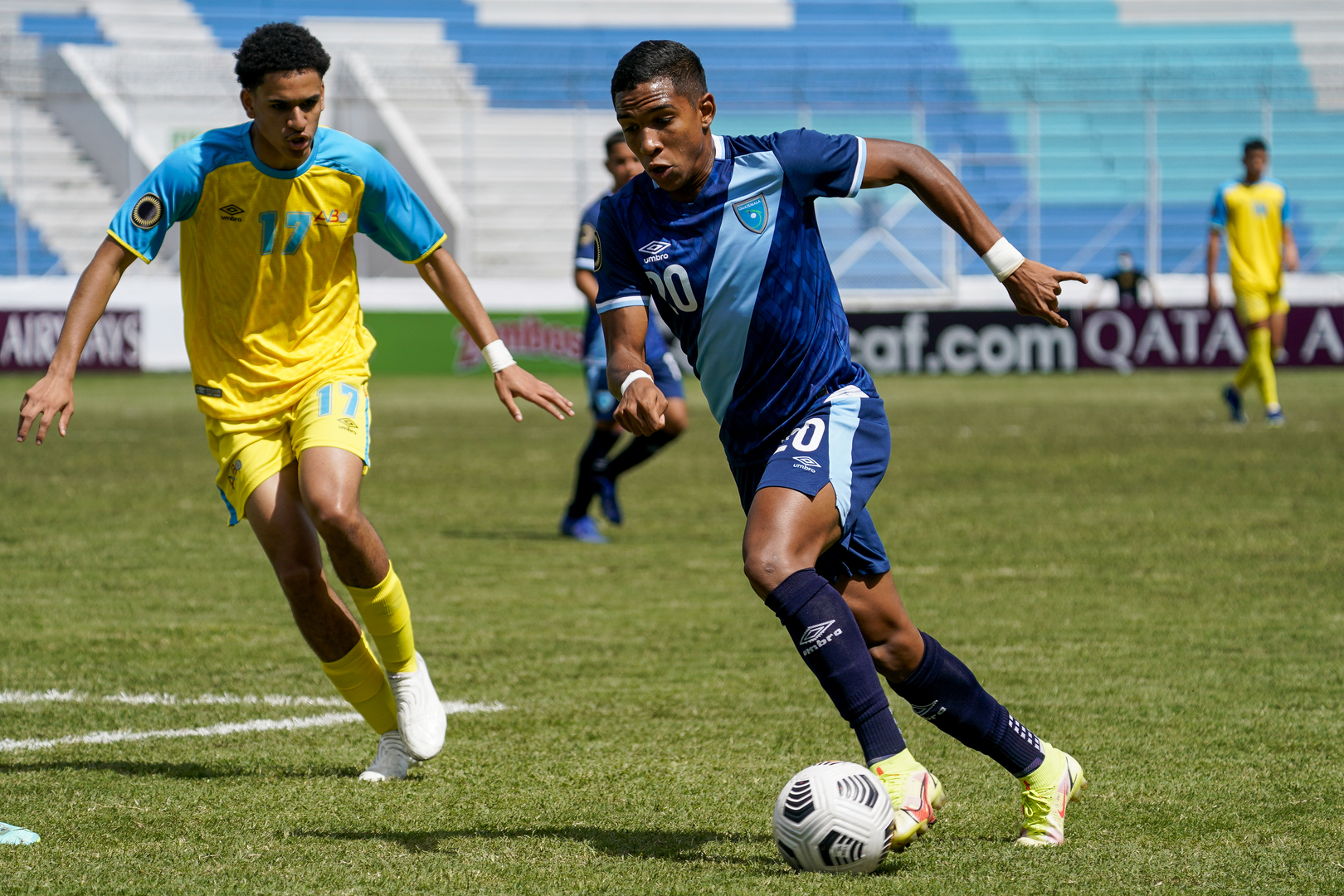 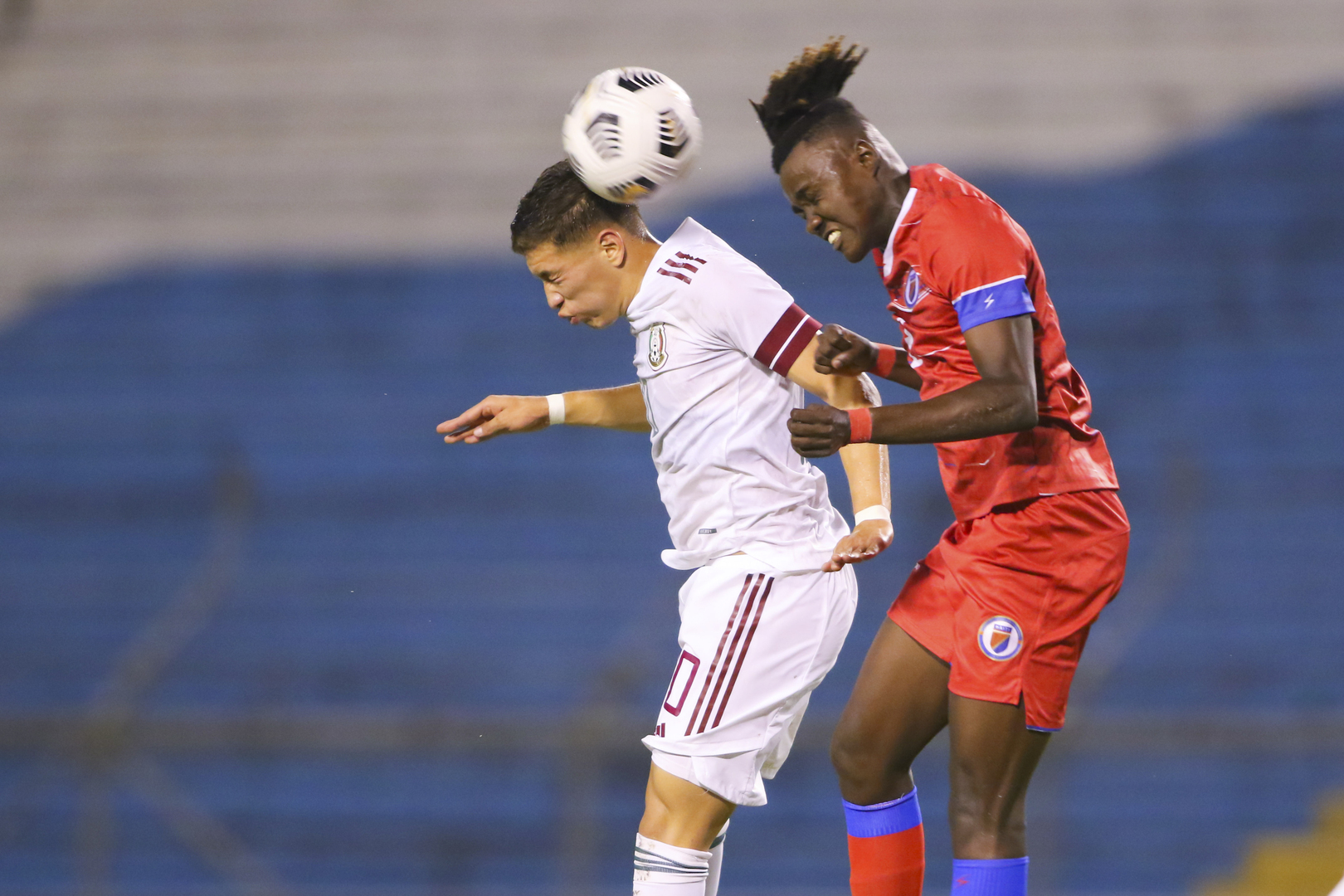 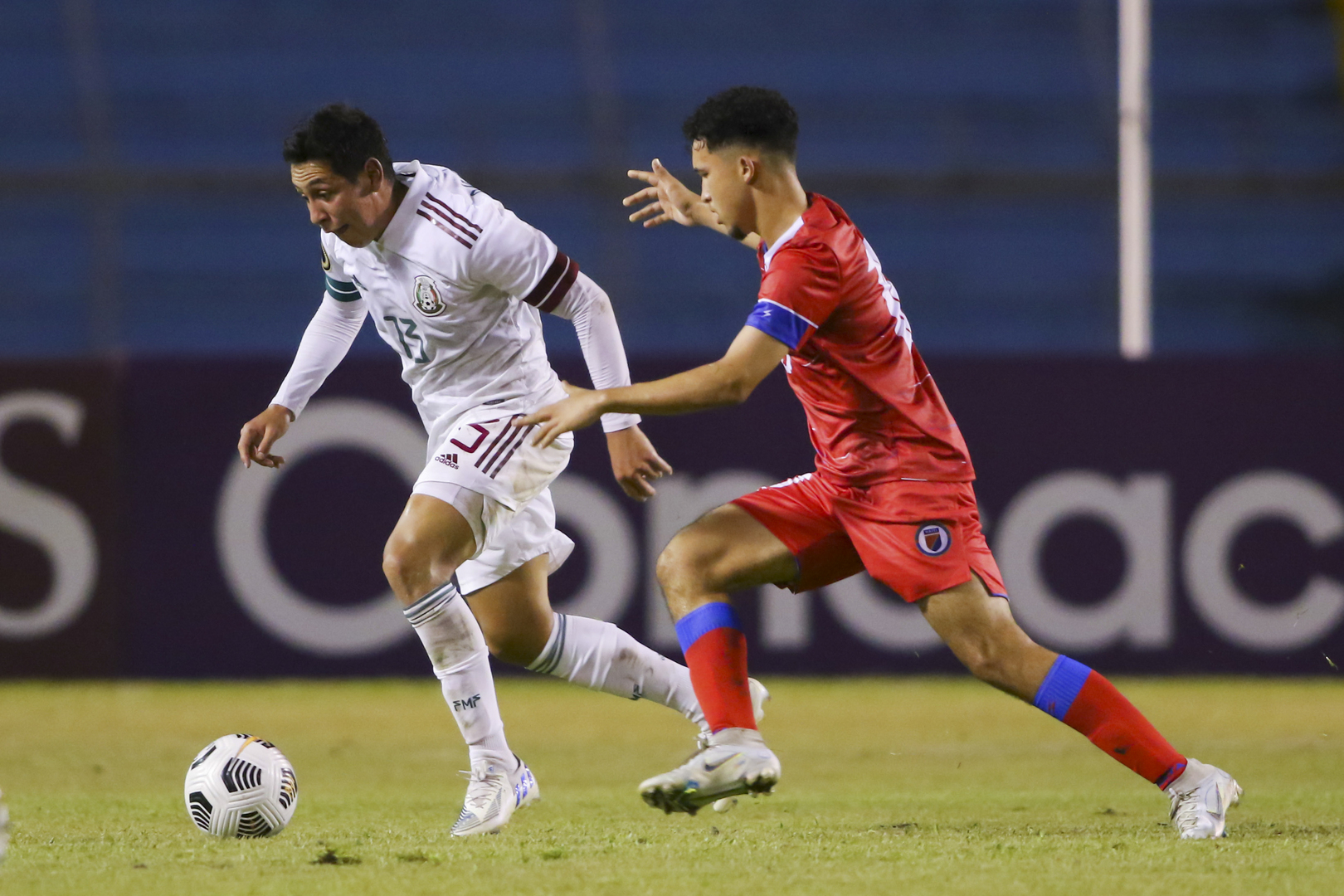 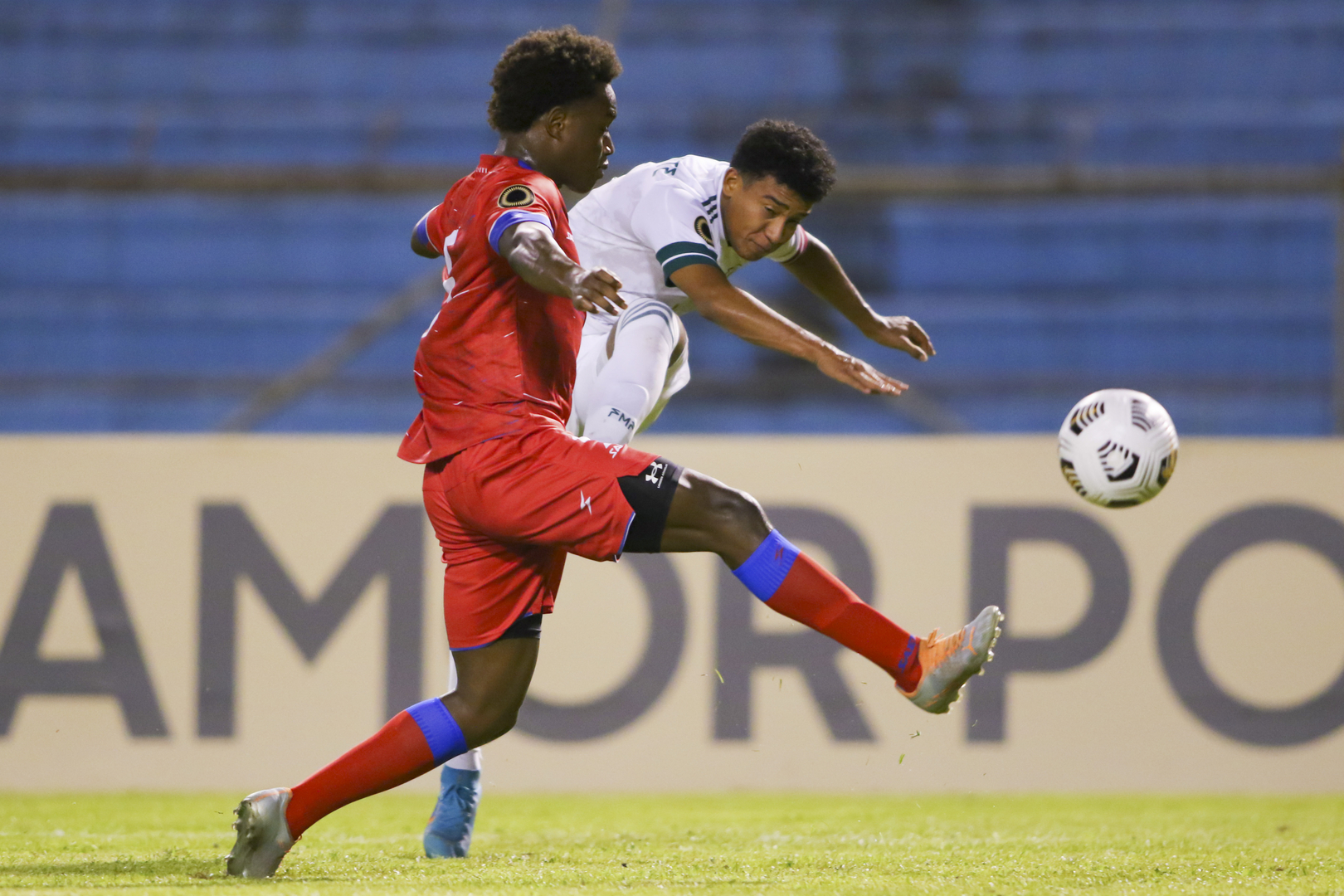 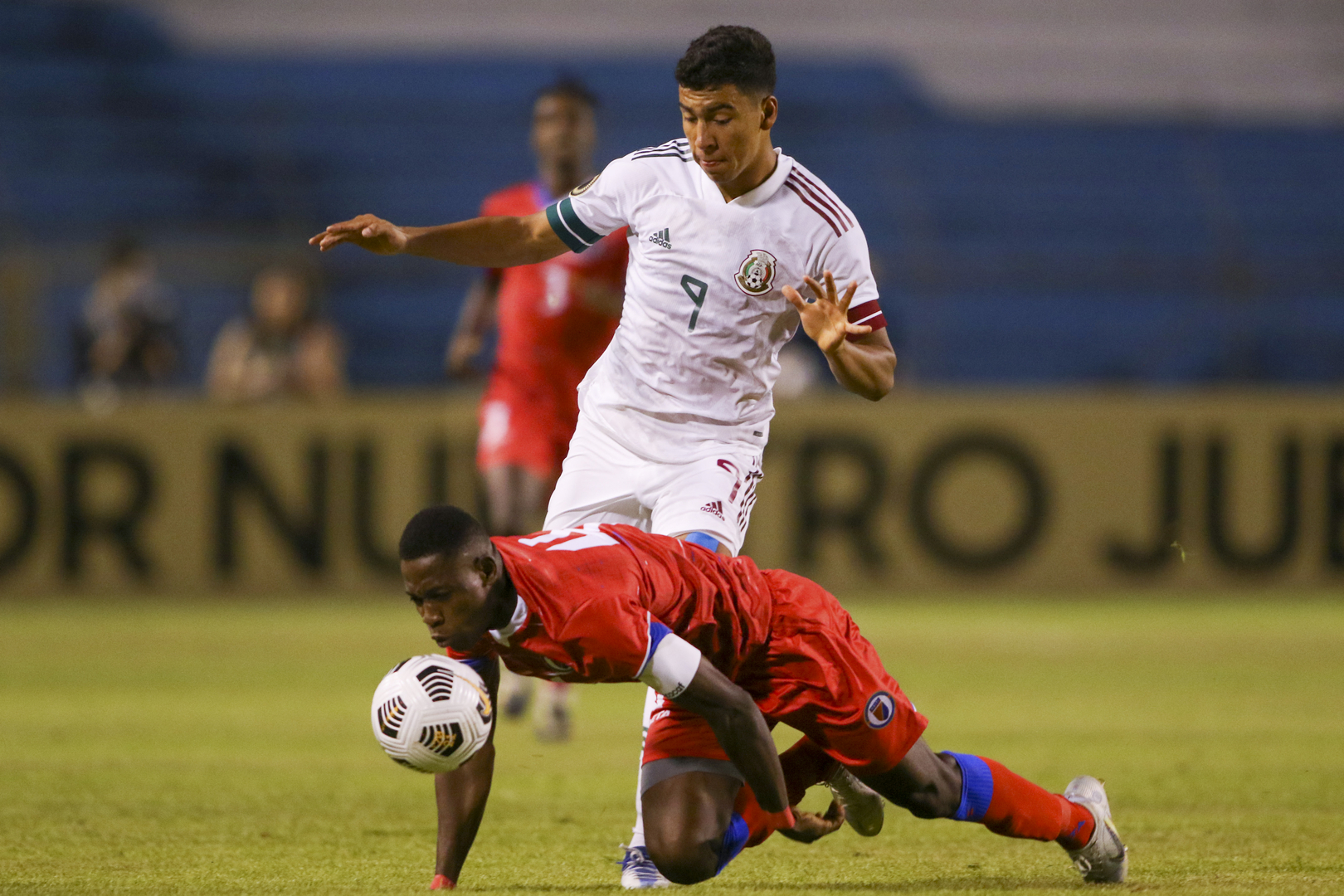