Dominican Republic out to continue magical ride to World Cup 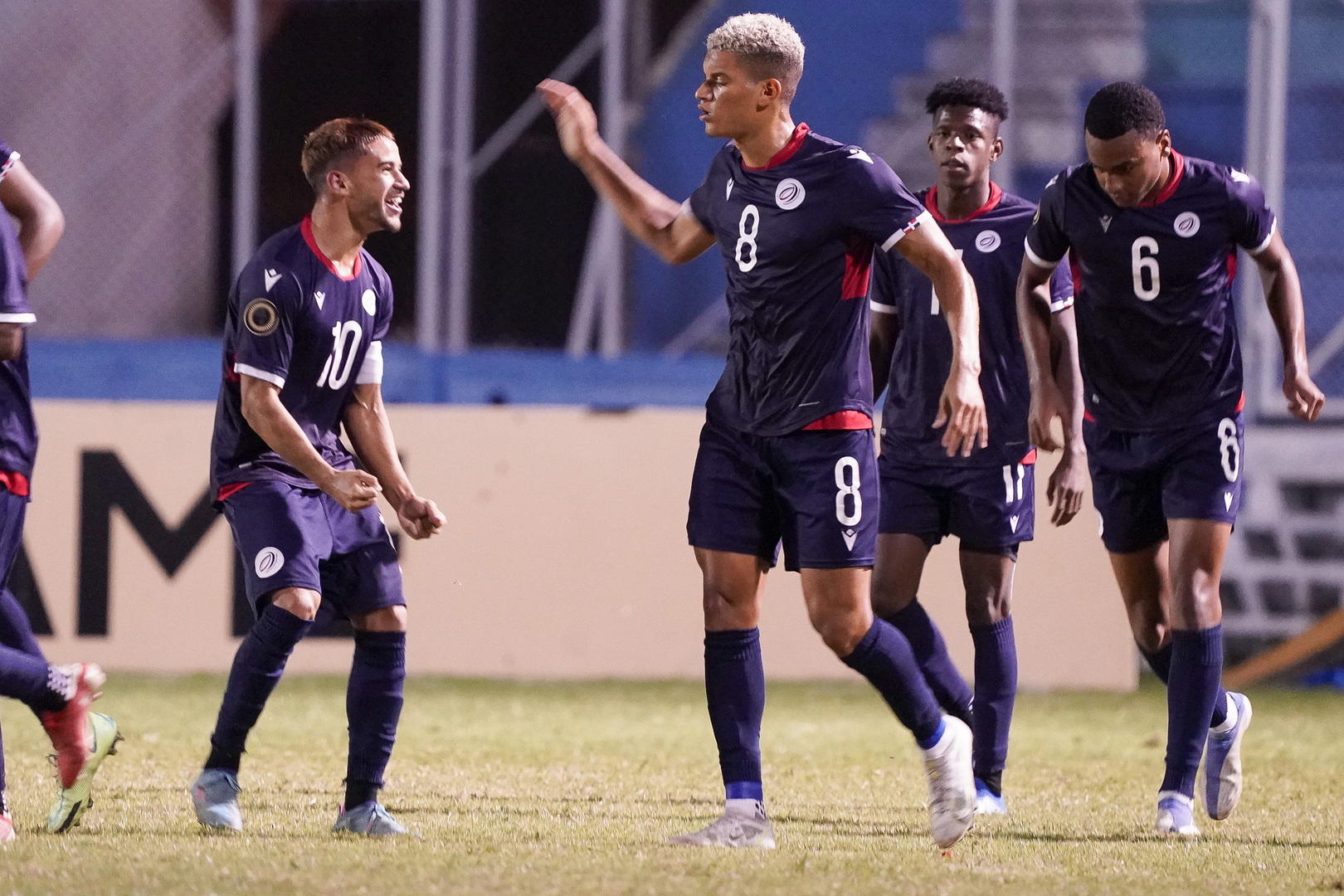 Angel Montes de Oca at right celebrate with Enzo Azcona after scoring one of his two goals against El Salvador in the Round of 16 of the 2022 Concacaf Men’s Under-20 Championship on June 26, 2022.

Dominican Republic out to continue magical ride to World Cup

SAN PEDRO SULA, Honduras – The quarterfinals of the 2022 Concacaf Men’s Under-20 Championship in Honduras continue on Wednesday with two spots in the 2023 FIFA Men’s Under-20 World Cup in Indonesia up for grabs between the Dominican Republic and Jamaica, followed by Mexico and Guatemala.

The action will take place at the Estadio Olimpico Metropolitano in San Pedro Sula where the Dominican Republic will hope to continue their magical ride and secure a first ever U20 World Cup berth against Jamaica.

The Caribbean nation showed no signs of rust in Sunday’s knockout round affair with El Salvador, coming back twice from second half deficits to win 5-4. Now, they will look to take that momentum into Wednesday’s contest with the Reggae Boyz.

Angel Montes De Oca had two goals for the Dominican Republic against El Salvador, while Edison Azcona had the privilege of scoring the decisive goal against Saint Lucia last November and then tallying Sunday’s winner.

They will need another big performance against a Jamaica side that has been a steady force in the tournament. After a third-place finish in Group H, Jamaica showed their poise and composure in defeating fellow Caribbean side Haiti, 2-1. Jahmari Clarke has been a key contributor with three of Jamaica’s five goals.

A win would give Jamaica just their second U20 World Cup berth and their first since 2001.

The nightcap at the Estadio Olimpico Metropolitano pits heavyweights Mexico against a steely-nerved Guatemala side.

Mexico marched into the final eight on the strength of a 6-0 win versus Puerto Rico after collecting seven points in the group stage. Esteban Lozano has been a headache for opposing defenses, with four goals and five assists, while Salvador Mariscal has also contributed four goals.

Guatemala earned two wins in the group stage for a second-place finish in Group G and then overcame a lot of adversity to eliminate Canada in the Round of 16 via a penalty shootout, 4-3. The Chapines found themselves down 1-0 late into extra time on Sunday but got a goal in the 120’ from Omar Villagran to force the shootout.

While Arquimides Ordonez did not score for the fourth straight game in this tournament against Canada, he is still one to watch with three goals, while Carlos Santos has been an assist machine with four.

A win for Mexico would give El Tricolor their 17th U20 World Cup appearance, while Guatemala would earn their second and first since 2011 with a victory.

Quarterfinals of the 2022 Concacaf Men’s Under-20