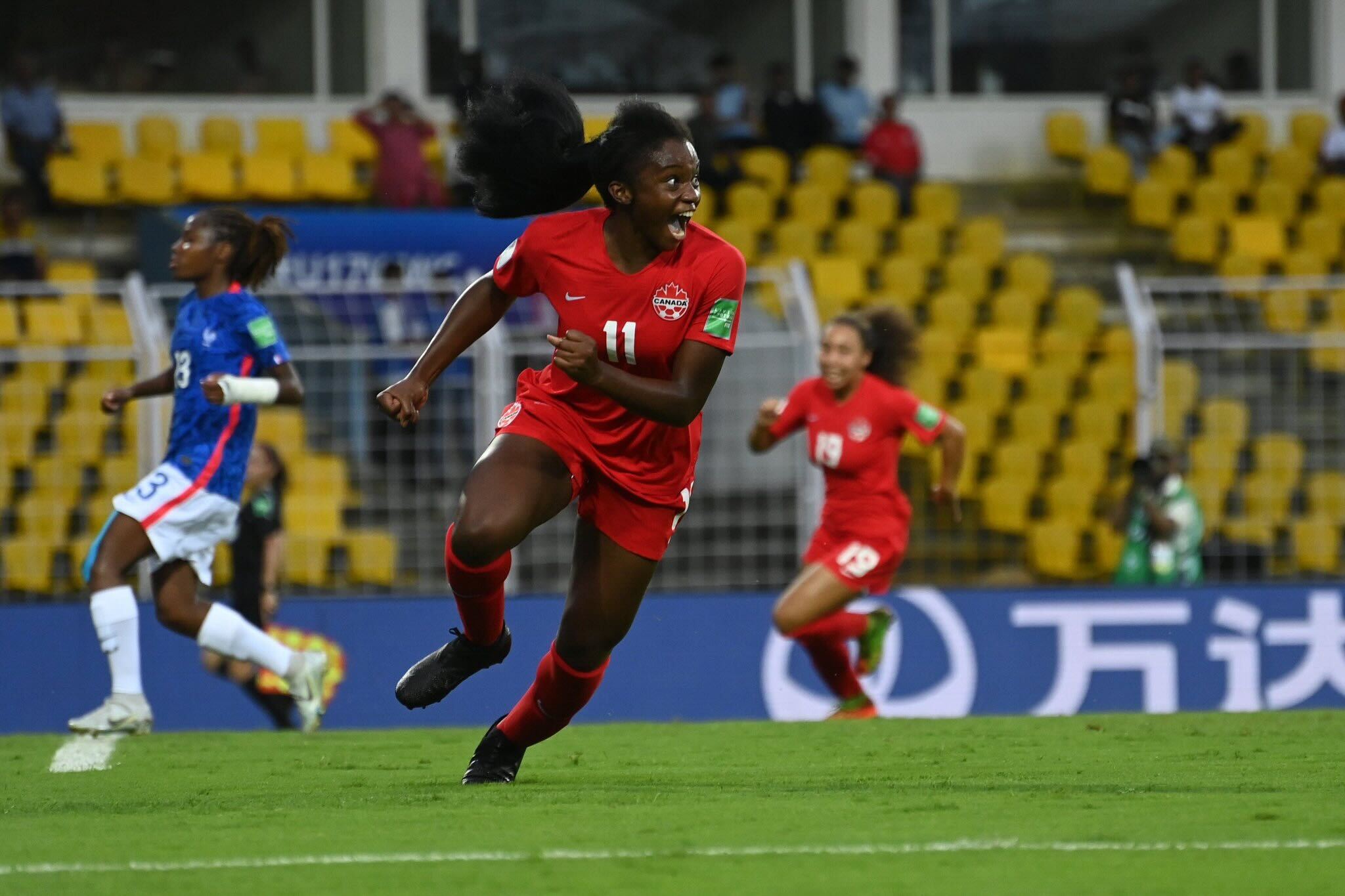 Annabelle Chukwu’s second half goal helped Canada earn a 1-1 draw against France in the opening match of group D of the 2022 FIFA Under-17 Women’s World Cup in India. (Photo Credits: Canada Football Association)

MIAMI, Florida – Annabelle Chukwu’s second half goal helped Canada earn a 1-1 draw with France in the opening match of Group D of the 2022 FIFA Under-17 Women’s World Cup in India on Wednesday evening at the Pandit Jawaharlal Nehru Stadium in Margao.

The first half ended scoreless thanks in part to some superb goalkeeping from Canada’s Coralie Lallier, while at the other end Amanda Allen nearly broke the deadlock midway through the half, but saw her shot thump the crossbar instead.

Chukwu’s moment came in the 67’ when she received a ball behind the French defense, rounded the goalkeeper and calmly slotted home to give Canada a 1-0 lead.

But France answered right back six minutes later for the 1-1 equalizer, a scoreline that held until the final whistle.

Canada return to action on Saturday versus Japan.

Mexico also opened up their tournament on Wednesday, as they faced China in Group C at the DY Patil Stadium in Navi Mumbai.

After Mexico failed to convert a penalty kick in the first half, China took a 1-0 lead from the spot in the 49’. China then added an insurance goal in the 90’ to stretch their advantage to 2-0.

Mexico refused to throw in the towel, though, and pulled a goal back in the 90+3’ through Katherin Guijarro, who redirected in a cross on the fly to give Mexico hope at 2-1 and with still a few minutes remaining.

However, in the end, Mexico was unable to find a second goal and will now turn their attention to Saturday’s date with Spain.