Nicaragua down Antigua and Barbuda to punch CMU17 ticket 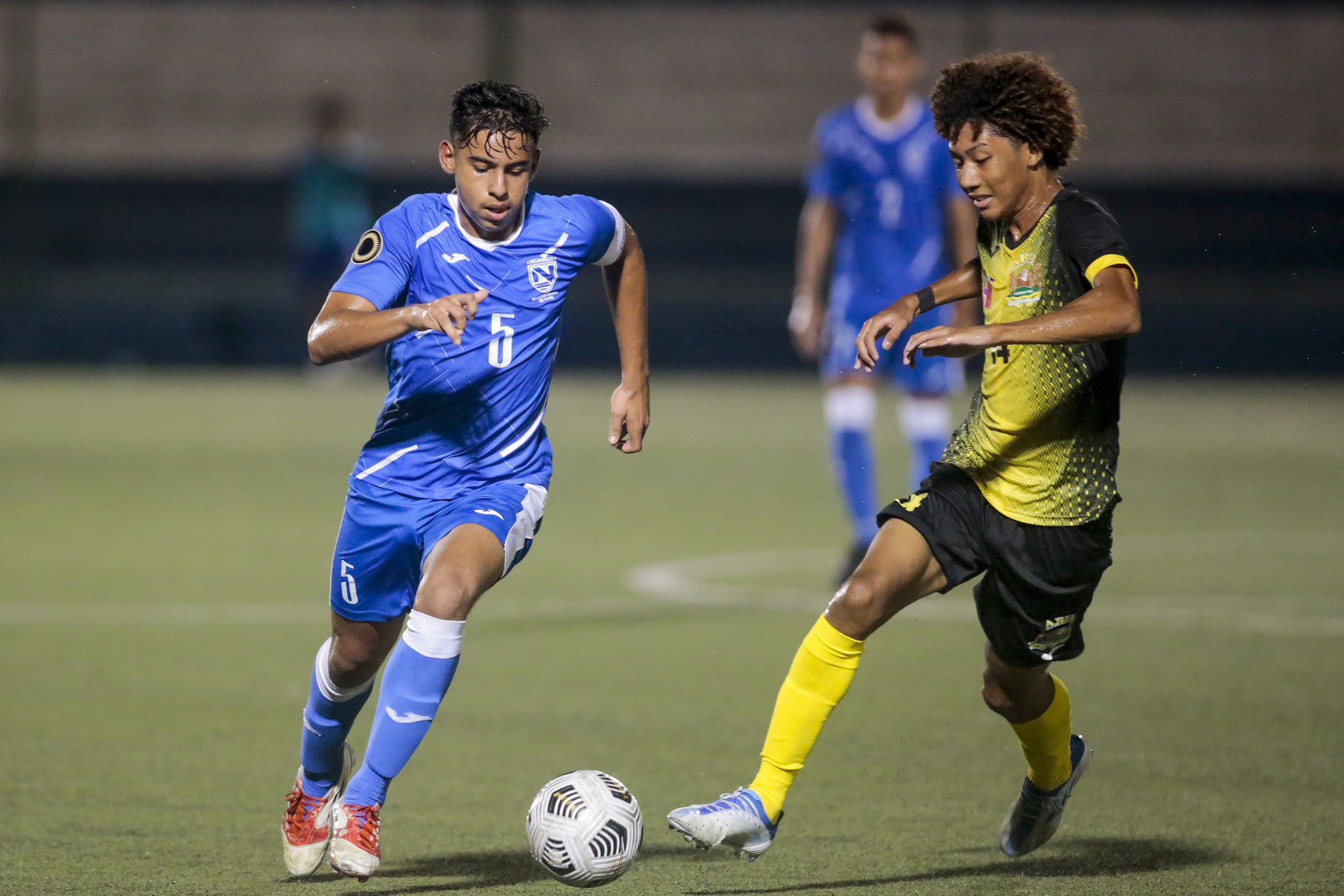 Nicaragua’s captain Joab Gutierrez battles for possession of the ball in the victory against Antigua and Barbuda at the Estadio Nacional in Managua, Nicaragua.

Nicaragua down Antigua and Barbuda to punch CMU17 ticket

MIAMI, Florida – Nicaragua defeated Antigua and Barbuda 3-0 on Sunday night at the Estadio Nacional in Managua, Nicaragua, to punch their ticket to the 2023 Concacaf Men’s Under-17 Championship.

With the win, Nicaragua finish atop Group D in CMU17 Qualifying with a perfect nine points from three games while outscoring opponents 11-0 in the process.

Juban Uriarte opened the scoring in the 20’ to give Nicaragua a 1-0 lead that held well into the second half. The home side then got late goals from Oliver Bello in the 73’ and Oscar Navarrete in the 87’ to seal the three points and the CMU17 berth.

In the group’s other game, Belize closed their participation in CMU17Q with a 2-0 win versus Turks and Caicos Islands.

First half goals from Ammad Augustine in the 14’ and Devin Garbutt in the 39’ earned the three points for the Central Americans.