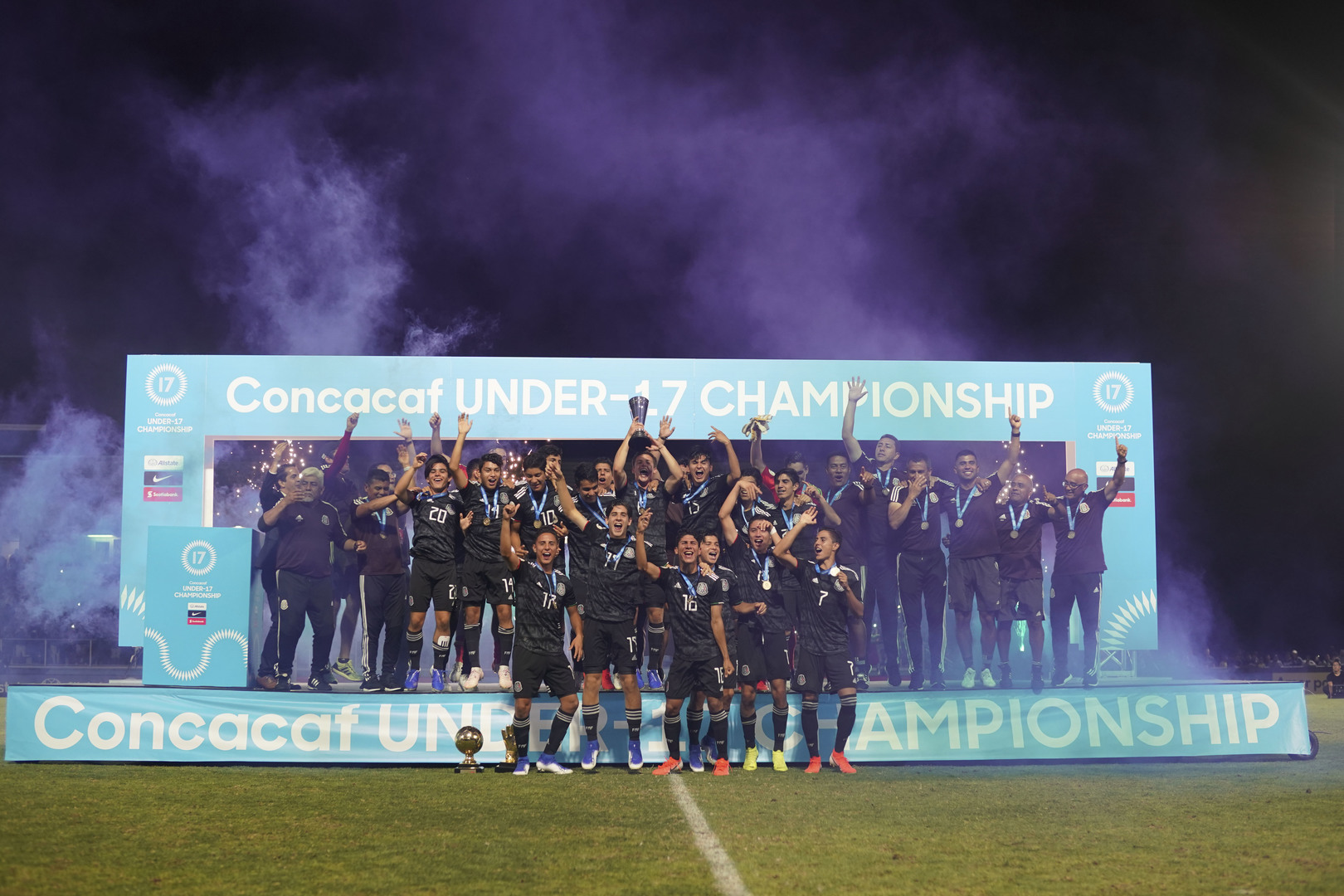 Mexico won its eighth title at this age level, with a 2-1 extra time win over the United States in the final in 2019.

The 2023 CU17C is scheduled to be played in Guatemala City and Antigua Guatemala, Guatemala, between February 11 - 26, 2023, and will include the participation of a total of 20 Concacaf Member Associations – the top ranked 16 nations according to the Concacaf Men’s U-17 Ranking and the four group winners from the 2022 Concacaf Men’s U-17 Qualifiers (CU17Q).

The World Cup qualifying competition will begin with a 16-team group stage, followed by a knockout stage involving the top three nations in each group stage group and the four nations that secured a round of 16 berth via the 2022 CU17Q.

The entire knockout stage (round of 16, quarterfinals, semifinals, and final) will be played in a single match elimination format and the semifinalists (four teams) will qualify for the FIFA U-17 World Cup Peru 2023.

Matches will be divided across two venues, Estadio Nacional Doroteo Guamuch Flores in Guatemala City and Estadio Pensativo in Antigua.

The official draw will be executed using a single blind system and four pots. Based on the Concacaf Men’s U-17 ranking, the 16 nations participating in the competition’s group stage will be distributed in Pots 1-4 as follows (top ranked nations in Pot 1 and listed in raking order per Pot):

The draw will begin by placing the seeded nations (Pot 1) in their respective groups. Once these are confirmed, the nations from Pot 2 will be drawn and placed in sequential order in Groups E, F, G and H. The same process will be followed with Pots 3 and 4.

At the end of the draw, each group will consist of four teams, with no more than one team from each Pot.

Details regarding the official schedule will be confirmed after the draw.

In the previous edition of the Concacaf U-17 Championship, played in Bradenton, FL, in 2019, Mexico won its eighth title at this age level, with a 2-1 extra time win over the United States in the final.

Nations participating in the knockout stage (16): Bermuda, Dominican Republic, Nicaragua, Puerto Rico, and the top three teams in each of the 2023 CU17C group stage groups (12 teams).

Number of teams qualifying for the 2023 FU17WC: Semifinalist (four teams)