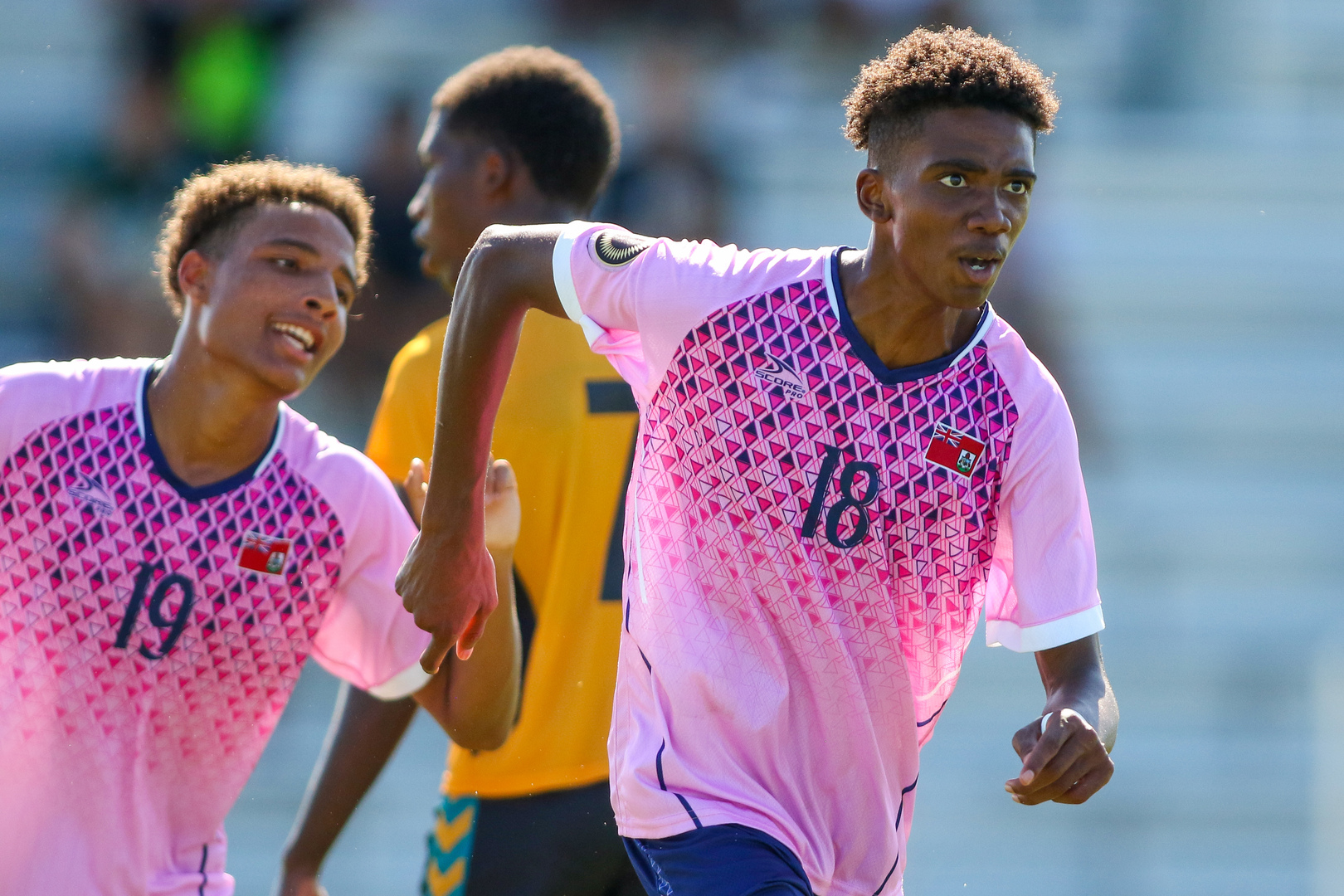 Barmuda’s Bakari Furbert scored the fourth goal for Bermuda in the win against Bahamas in CMU17 Qualifying at the IMG Academy in Bradenton, Florida.

MIAMI, Florida – Bermuda are edging closer to a berth in the 2023 Concacaf Men’s Under-17 Championship after posting a 4-0 win over Bahamas on Monday morning in CMU17 Qualifying at the IMG Academy in Bradenton, Florida.

The victory keeps the Gombey Warriors in top spot in Group A and a place in next year’s Championship will be theirs with at least a draw on Wednesday in their finale versus Guyana.

Jannis Roberts opened the scoring in the 21’ to hand Bermuda a 1-0 lead that held until halftime. In the second half, the Bermuda attack would kick into gear. Chance Eve got things rolling with a goal in the 48’, followed by Quran Raynor in the 50’ and a score from Bakari Furbert in the 79’ to round out the 4-0 scoreline.

It was also a big day for British Virgin Islands, who earned their first point in CMU17Q with a 1-1 draw against Guyana.

Johnny-jay Rowe gave British Virgin Islands a 1-0 lead in the 42’ before Bryan Wharton equalized for Guyana in the 71’. No winner could be found, forcing the teams to split the points.

Bonaire collected their third win of CMU17Q with a 2-1 victory against Saint Martin.

Roengel Pineda gave Bonaire a 1-0 lead in the 8’, only to see Saint Martin pull level in the 51’ through Jaheem Joe. Right when it looked like things would end in a draw, Bonaire found a late winner in the 88’ with Mervin Dishmey scoring the dramatic goal.

The action will continue at the IMG Academy in Group B on Tuesday with a pair of matches.

Two sides keen to get their first win in CMU17Q will meet, as Anguilla take on US Virgin Islands. Meanwhile, high-flying Puerto Rico take to the field again after outscoring opponents 24-0 in their first two matches, as they match wits with a Martinique side that won 12-0 on Sunday versus USVI.

It will be the first CMU17Q meeting between Anguilla and USVI, while Martinique and Puerto Rico split their previous two encounters at this age level. Martinique were 2-0 winners in 2014, while Puerto Rico won by the same scoreline in 2019.

Barmuda’s Bakari Furbert scored the fourth goal for Bermuda in the win against Bahamas in CMU17 Qualifying at the IMG Academy in Bradenton, Florida.