Nicaragua claim League B Final at Girls’ U15 Championship 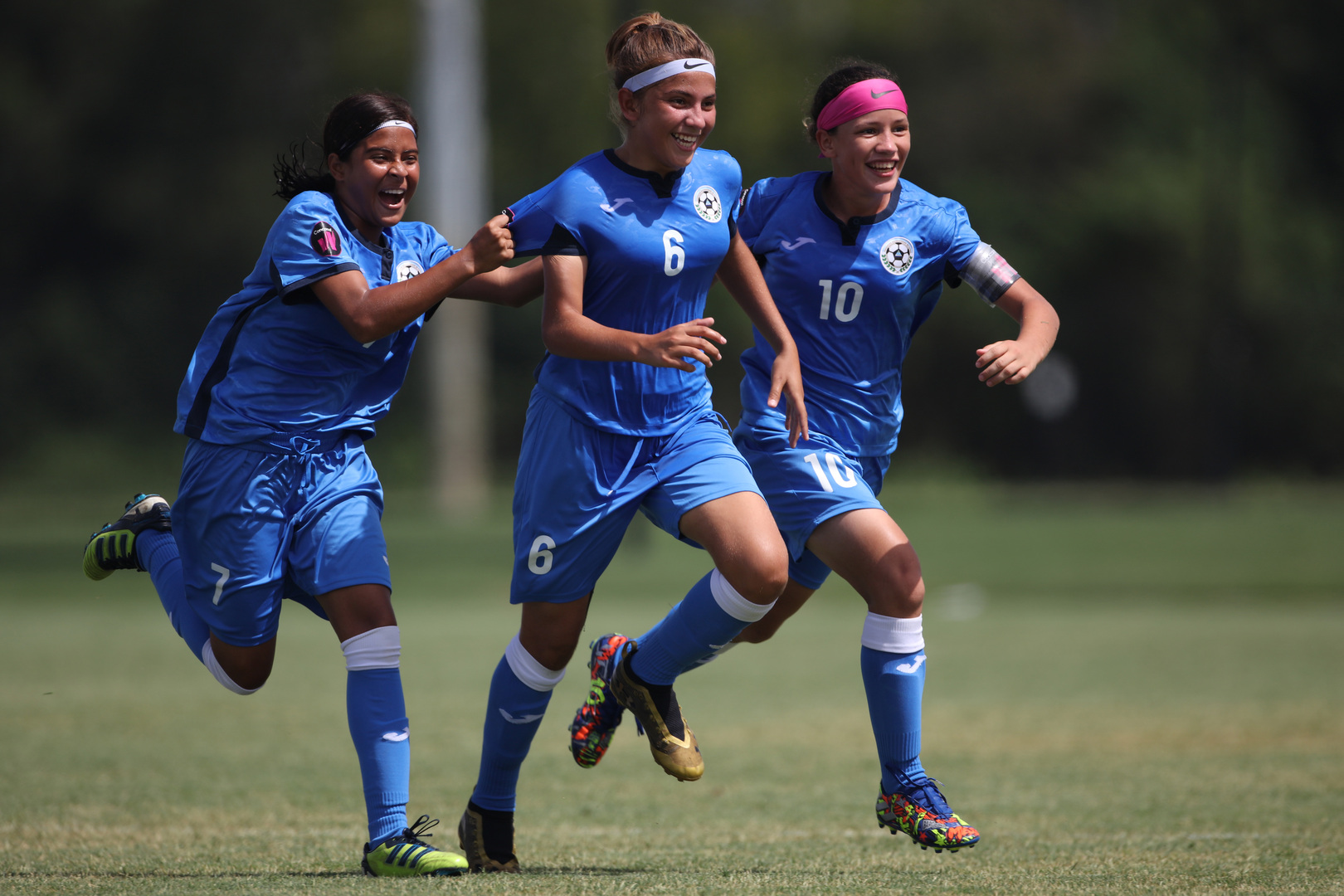 Nicaragua celebration from the 2022 Concacaf Girls’ Under-15 Championship League B Final.

Nicaragua claim League B Final at Girls’ U15 Championship

MIAMI, Florida – Nicaragua are champions of League B of the 2022 Concacaf Girls’ Under-15 Championship in Tampa, Florida, following a 3-1 win over Aruba on Saturday.

Goals from Dania Orozco and Veronica Navarrete gave the Pinoleras a 2-0 lead going into the late stages, but Aruba made it a close finish thanks to a score from Sundari Van Der Linden. However, a stoppage time goal from Arely Marin sealed the 3-1 triumph for the Central Americans.

In the Third-Place Match in League B, a goal from Aileen Zelaya was enough to lift Honduras to a 1-0 victory over Martinique, giving the Catrachas a third-place finish in League B.

The 2022 Girls’ Under-15 Championship will conclude this Sunday with both the Final and Third-Place Match from League A.

North American rivals United States and Canada will meet in the Final. It will be a rematch of their group stage finale when the U.S. emerged with a narrow 1-0 win against their neighbors to the north.

The U.S. defeated the Dominican Republic 6-0 in the semifinals, while Canada topped Mexico 6-5 in a penalty shootout following a 0-0 draw in the other semifinal.

The Third-Place Match will pit Mexico against the Dominican Republic. Those two sides met in the second group stage match in which El Tricolor picked up a 4-0 victory.