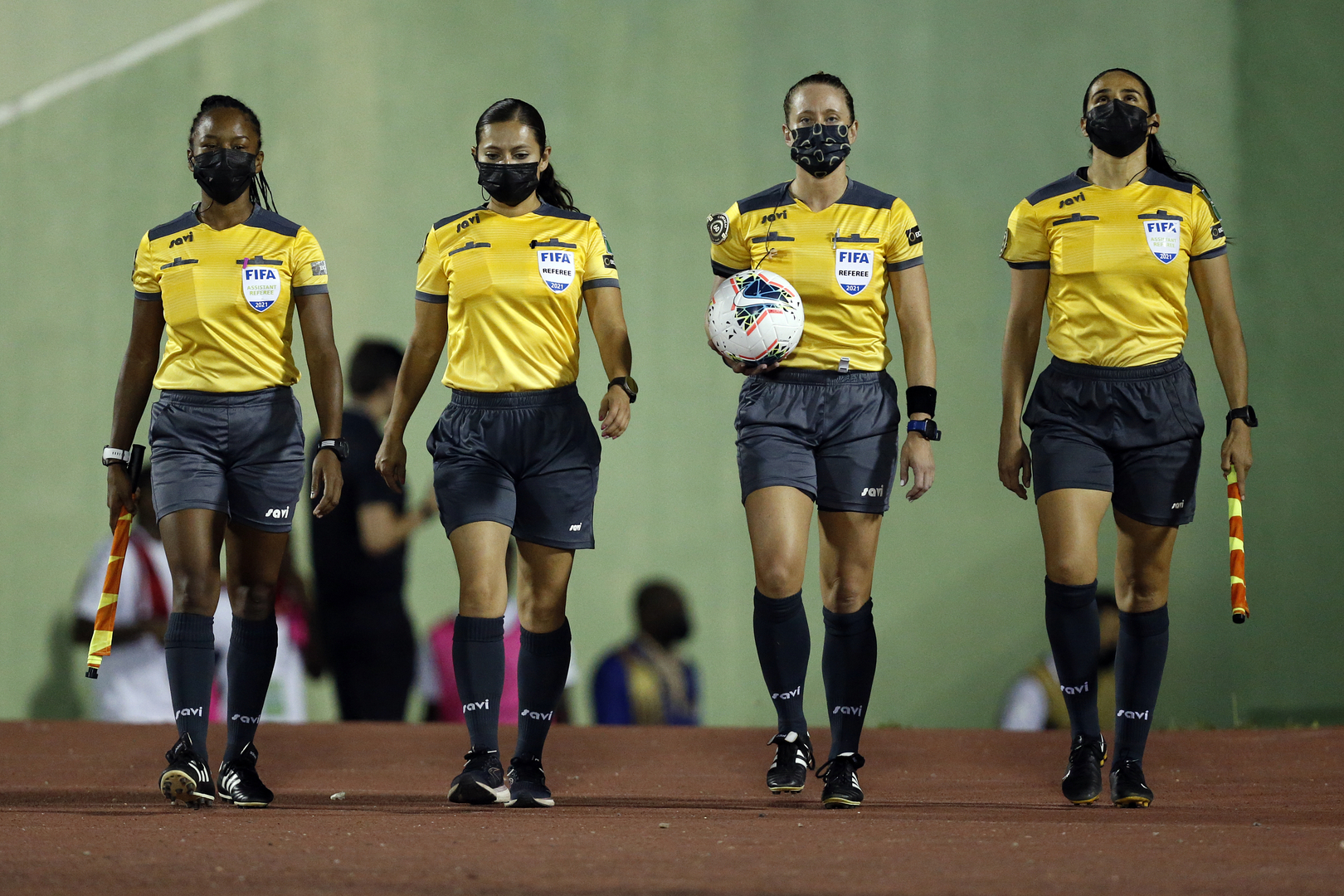 From left to right Stephanie-Dale Yee Sing, Francia Gonzalez, Tori Penso, Karen Diaz before the match between O&M FC of the Dominican Republic and Flames United SC of Sint Maarten in the 2021 Flow Concacaf Caribbean Club Championship on May 15 2021 at Estadio Olimpico Felix Sanchez.

Penso’s historic moment came on Wednesday, June 2 in the First Round of WCQ in Group F between Puerto Rico and Bahamas at the Mayaguez Athletics Stadium in Mayaguez, Puerto Rico.

Two days later on Friday, June 4, Gonzalez served as the Center Referee in the Group A WCQ between Antigua and Barbuda and Grenada at the Sir Vivian Richards Stadium in North Sound, Antigua.

Over the course of the June Concacaf WCQs, covering both the First and Second Rounds, women referees received 26 different appointments, including Penso and Gonzalez’s historic appointments, plus 12 as Assistant Referees, seven as Fourth Officials and five as Assessors.