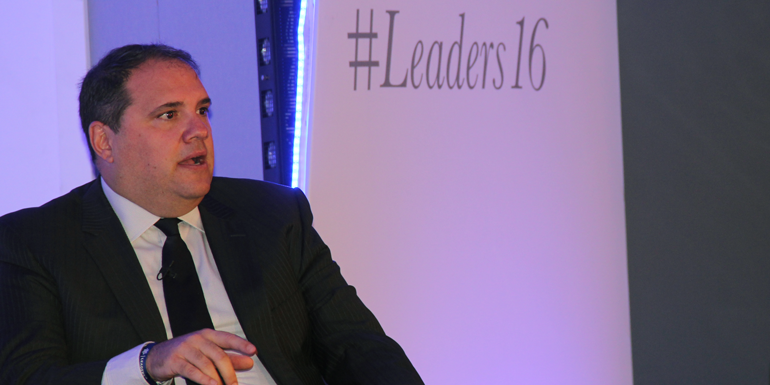 FIFA Vice President and CONCACAF President Victor Montagliani delivered a keynote at the ninth edition of the Leaders Sport Business Summit held at Chelsea FC in London on Wednesday.

President Montagliani spoke about his first months at the helm of the Confederation, while focusing on the theme of “A New Chapter at CONCACAF: Positive Leadership and Strong Governance”.

“Football can benefit significantly from implementing corporate governance practices. We are taking steps to ensure the Confederation runs properly, while inspiring cultural change,” said Montagliani addressing an audience of over 400 people. “Leadership is not about power, it is about serving every stakeholder of the game, our 41 Member Associations, sponsors, fans, players, and coaches.”

He highlighted the recent appointments of the new General Secretary Philippe Moggio and the Chief Legal and Chief Compliance Officer Bill Carvalho as fundamental steps to ensure the stability of the Confederation’s business operations and the implementation and sustainability of the reforms.

Montagliani described how under his plan to create ONE CONCACAF, the organization is working towards bringing together all Member Associations to further growth the game. His plans focuses in key areas, including: Good governance, successful strategic planning for competitions and commercial partnership, investment in football development and infrastructure, and strong leadership.

Furthermore, he said that the new administration aims at creating a more efficient organizational structure, where staff is empowered and can better service all stakeholders. Additionally, CONCACAF has embarked on a process of creating a new brand.

“The competitions served as an educational opportunity to show what an event of this nature can bring to the world and what the women’s game can bring itself. It demonstrated that football transcends the gender,” he added.

The session also touched on the operational and sporting success of Copa America Centenario USA 2016. This year’s event set new records for total and average attendance, TV viewership in the U.S. and worldwide, and digital and social media engagement.

Referring to the 2026 FIFA World Cup bid, Montagliani emphasized that it’s time to bring the competition back to the CONCACAF region since the United States hosted the tournament in 1994.

“Our region is very rich in terms of a football and marketing standpoint. Three strong countries – Canada, Mexico and the United States – have the ability to organize a World Cup. However, there could also be an opportunity for a regional bid,” he said, adding that expanding the tournament over 32 teams could grow the game, allowing more countries to benefit from the experience.

Montagliani, a member of the CONCACAF and FIFA Reform Committees, talked about the reform process at the world’s football governing body.

“The reforms need to go beyond the FIFA Council, they have to be implemented at the confederation level. There are cultural differences between the regional areas but we need to find a common ground on how to govern the game, while demonstrating that reform can benefit the sport across all regions.”